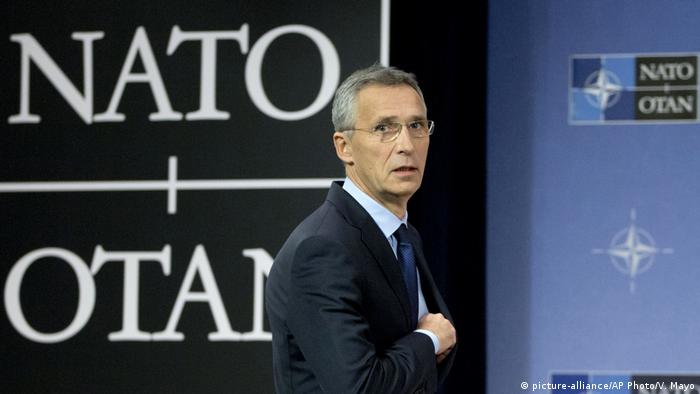 NATO Secretary-General Jens Stoltenberg (above) said on Wednesday the alliance would watch Russia's ongoing military drills in the Baltic Sea closely, but did not want to worsen relations with Moscow already at a low ebb.

The three days of tests starting on Wednesday forced NATO-member Latvia to partly shut down its commercial airspace.

"We don't want a new arms race, so we are focused on how can we respond" in a "firm, strong predictable, but also measured and defensive way," Stoltenberg told reporters in the Canadian capital, Ottawa, on Wednesday.

"We don't want a new Cold War," he said, adding to earlier comments in which he called for increased dialogue with Moscow.

The Russian defense ministry said its Baltic Fleet, based in its exclave of Kaliningrad, was undertaking what it called routine training in the Baltic Sea.

The ministry said the exercise the involved the firing of live ammunition at sea and air targets, with shipborne helicopters conducting training flights and practicing searches for enemy submarines and with three corvettes and a frigate taking part.

It said it was testing its forces after a winter break, having last conducted large-scale war games last September from the Baltics to the Black Sea.

Germany's Bild newspaper reported citing Russian sources in 2017 that the "Zapad" drills were a rehearsal of an invasion of the Baltic states and Belarus.

Russia has since then made it clear it does not plan to invade the Baltics, but has also accused NATO of threatening stability in Eastern Europe by building up its military presence and staging war games.

In June 2017, US and British troops carried out the first large-scale NATO drill on the border between Poland and Lithuania.

The tests come after the West's expulsion of Russian diplomats in March, the largest since the Cold War, and Moscow's retaliatory expulsions.

The alliance expelled seven diplomats from the Russian mission to NATO last week and cut the maximum size of the delegation from 30 to 20 following a nerve agent attack on March 4 against a former Russian spy and his daughter in Salisbury, southern England.

Stoltenberg said on Wednesday that NATO was concerned about Russia's assertiveness after it annexed Crimea, destabilized eastern Ukraine, backed Syrian President Bashar al-Assad and interfered in the affairs of other nations.

The alliance had suspended military and civilian cooperation with Russia after its 2014 annexation of Crimea from Ukraine.

"That was the reason why NATO allies and partners reacted the way they reacted after the attack in Salisbury. Because that is not a single event," Stoltenberg said.

"It is an attack which has taken place (against) the backdrop of a pattern of behavior which we have seen over many years from Russia," he said, adding that NATO was not aiming to isolate Moscow after the nerve agent attack and affirming that every nation had the right to carry out military exercises.

"We continue to strive for a better relationship with Russia because Russia is our neighbor, Russia is there to stay. We are not aiming at isolating Russia," he said.

"We are staying vigilant and we are also increasing the readiness of our forces, especially in the Baltic region," he told reporters after meeting Canadian Prime Minister Justin Trudeau in Ottawa.

Trudeau said Russia was spreading a "wave of interference and propaganda" against the 450 Canadian troops stationed in Latvia as part of a NATO mission.

Canada will "continue to reflect on the impact and the efficiency of sanctions" and is open to more discussions on what else it could do, he said.

"It is a demonstration of force," Latvia's Prime Minister Maris Kucinskis told the news agency Reuters on Wednesday. "It is hard to comprehend that it can happen so close to (our) country," he said.

The tests are being carried out in Latvia's exclusive economic zone, an area of the sea just beyond Latvia's territorial waters but over which Latvia has special economic rights.

"Drills lasting for three days in the region where there is very intensive aviation traffic, and given everything else that is happening in relations between the West and Russia, I think that it is a rather provocative action," Latvia's ambassador to Russia, Maris Riekstins, told Latvian Television.

Latvian officials said that while Moscow is not breaking any international rules and has the right to exercise, its defense ministry had summoned Russia's military attache to express its concern.

Sweden also issued a warning to civilian sea traffic and said there could be delays and disruption to civilian air traffic. 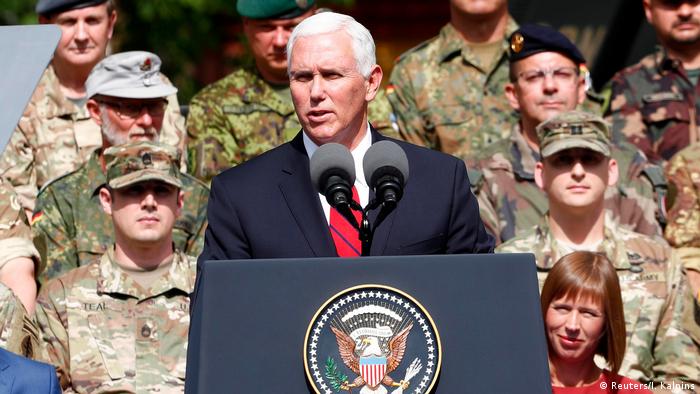 Estonian President Kersti Kaljulaid called on Wednesday for US Patriot missiles and troops to be deployed to the Baltic state, the French news agency AFP reported.

Kaljulaid said it was necessary to make deterrence "believable" for Russia.

Latvia, Lithuania and Estonia won independence from Moscow in 1991, having been incorporated into the Soviet Union at the end of WWII. Large Russian ethnic minorities still live in the three EU member states.

"We want to be sure that both NATO's territory and NATO soldiers are well protected," she said, adding that the proposed deployments had not come up on Tuesday in conversation with US President Donald Trump.

In reference to the Russian drill, Kaljulaid said: "This kind of activity indeed is quite unprecedented."

"I think it's part of the retaliation for the Salisbury reaction," she said, adding that the West needs to show "strategic patience," including more economic sanctions on Russia.

A confidential NATO report has questioned the alliance's ability to defend against a Russian attack. Eastern European members of the alliance fear Russian aggression. (20.10.2017)

Moscow has warned that a five-month-long truce could be derailed by the war games. The Russian military recently held its own exercises close to its border with Ukraine. (20.07.2015)