Around 100,000 Russian soldiers will take part in the upcoming Zapad 2017 war games, despite Moscow's claims that they will only have 12,700 participants, said Germany's Defense Minister Ursula von der Leyen. 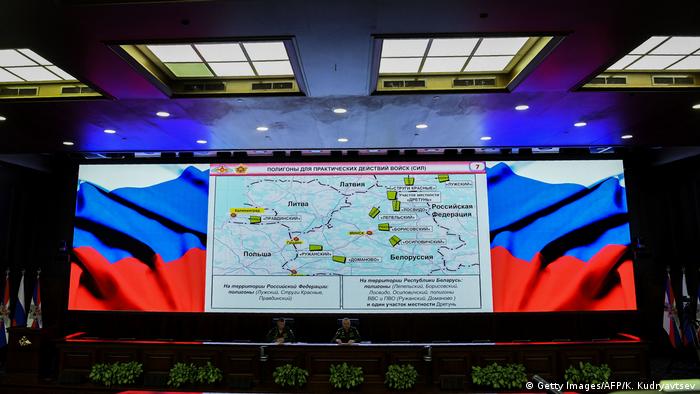 Speaking at a defense ministers' summit in Estonia on Thursday, Von der Leyen reaffirmed the partnership between western countries and and NATO's eastern flank.

Poland and the Baltic counties "can count on us," she said.

Tensions in Eastern Europe are growing as Russia and Belarus are preparing for Zapad 2017 war games, which are scheduled to start on the September 14 and will last for one week. Moscow said that some 12,700 soldiers are set to participate.

On Thursday, however, Von der Leyen dismissed the official numbers provided by Russia and said the true number of participants would likely be "over 100,000."

"I believe it is clear that we are witnessing yet another Russian demonstration of power and capabilities," she said at a defense ministers' meeting in Tallinn, Estonia.

The number of troops is a key issue under the framework established in 2011 by the Organization for Security and Cooperation in Europe (OSCE), of which Russia is a member. That "Vienna Document" mandates that any country holding military exercises involving more than 13,000 service members must invite observers to monitor at least some of the drills. Western nations have repeatedly accused Russia of cheating by underreporting the number of participants on their military drills. Eastern members of NATO have claimed that Russia had used the pretext of drills to move troops near Georgia and Crimea in 2008 and 2014.

Ukraine also responded with alarm to the upcoming drills, with President Petro Poroshenko saying that "7,000 vehicles with soldiers and military equipment are nearing our borders and there are no guarantees they will go back to Russia after the maneuvers."

Another concern for NATO states is Russia's new strategy of "hybrid warfare" which involves propaganda and cyber capabilities. On Thursday, Von der Leyen and her EU colleagues took part in the exercise dubbed EU Cybrid 2017, a reference to cyber and hybrid warfare. After a simulated cyber attack on a European defense facility in Rome, the ministers were prompted to take control of the situation and decide on a response.

"This was an extremely exciting drill," Von der Leyen said after the two-hour event. "The attack is quiet, invisible, but you can feel the entire weight of it once it reaches full effect."