Moscow has warned that a five-month-long truce could be derailed by the war games. The Russian military recently held its own exercises close to its border with Ukraine. 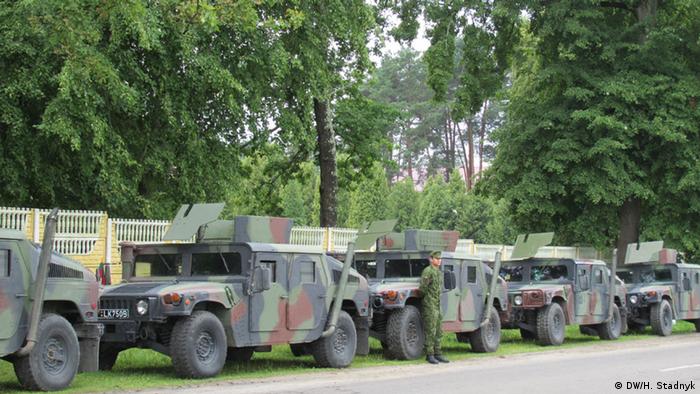 The Kremlin has warned of "explosive" consequences after NATO military exercises began in western Ukraine this week.

Around 1,800 troops, from 18 countries including Ukraine, began drills on Monday in Lviv region, close to the border with Poland.

At a flag-raising ceremony, Ukrainian forces commander Oleksandr Syvak said: "These joint maneuvers... display a broad support for Ukraine in its struggle for freedom and sovereignty."

The US-led exercises, named Rapid Trident, are a morale-building effort for Ukraine's military, which is known to be underfunded, as it battles pro-Russian separatists in a 15-month conflict in eastern Ukraine.

But analysts say the drills were also intended to send a clear message to Russian President Vladimir Putin amid speculation that he may be using a five-month-long ceasefire to prepare for an an all-out invasion. Moscow denies backing the sectarian fighters despite repeated allegations.

Russia hit back at the war games saying they threatened to derail the truce, agreed in Minsk in February, after more than 6,500 people were killed and hundreds of thousands displaced by the fighting.

"The military drills...are a clear demonstration of NATO's provocative strategy to unequivocally support the policies of current Kyiv authorities in eastern Ukraine," said the foreign ministry in a statement.

In response, the Russian navy has confirmed that one of its warships, stationed off Ukraine's Kremlin-annexed Crimean peninsula, would conduct live rocket fire drills on Sunday.

Moscow has also regularly set nerves jangling across Europe by sending its fighter jets towards several Baltic and Nordic nations in recent months, amid concerns about air safety.

The Russian military has carried out its own war games on its side of the border with several eastern and southern European countries in recent months.

The NATO drills will last for just under two weeks and involve troops from both member and non-member states. Ukraine is not a NATO member.