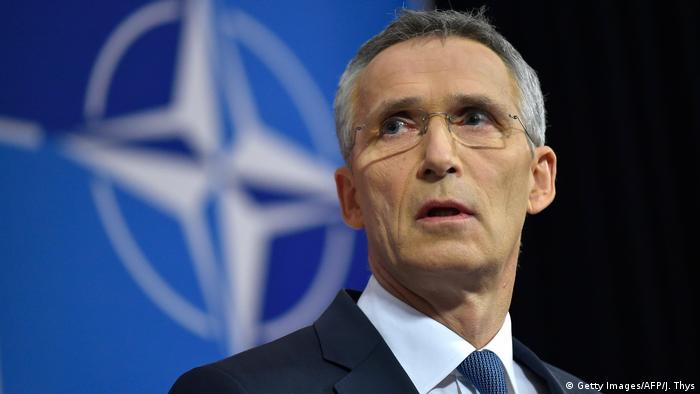 Relations between NATO and Russia deteriorated in the wake of Moscow's annexation of the Crimean Peninsula in 2014.

However, amid a push from Germany to foster communication with Russia, the US' top diplomat Tillerson told NATO ministers in December: "I think there is broad consensus among all the NATO members that there is no normalization of dialogue with Russia today."

Does NATO view Russia as a threat: This is a tricky question: While the military alliance does not believe a traditional offensive is imminent, it sees Russia's annexation of Ukraine and military build up on its eastern flank as aggressive posturing and a possible threat to neighboring member states, such as Estonia and Lithuania.

What happens next: With 2018 around the corner, both sides are likely to continue using various channels of communication for practical military coordination and political dialogue, mostly to avoid an escalation of tensions.

NATO, Russia to meet for first time in two years

NATO and Russian ambassadors will meet in the next few weeks for the first time in nearly two years. NATO suspended cooperation with Russia in the wake of the annexation of Crimea. (08.04.2016)

A meeting of NATO foreign ministers has agreed to halt all cooperation with Russia and to consider further deployments of troops to eastern Europe. The decision was made in response to Russia's annexation of Crimea. (01.04.2014)

In Brussels, Rex Tillerson reaffirms US commitment to EU at NATO meeting