A meeting of NATO foreign ministers has agreed to halt all cooperation with Russia and to consider further deployments of troops to eastern Europe. The decision was made in response to Russia's annexation of Crimea. 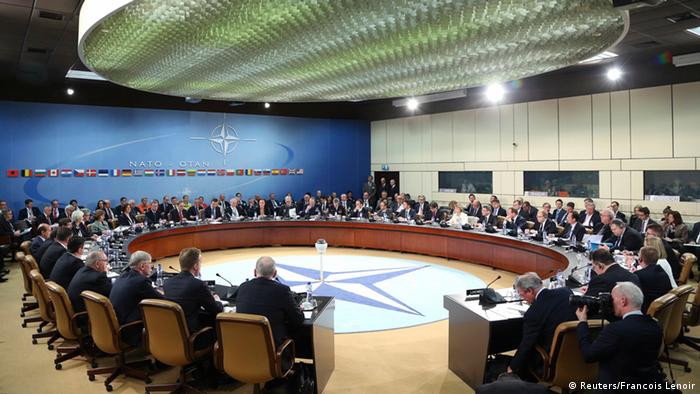 "We are suspending all practical cooperation with Russia, military and civilian," Rasmussen said at a meeting of NATO foreign ministers in Brussels.

"Through its actions, Russia has undermined the principles on which our partnership is built, and has breached its own international commitments. So we cannot go on doing business as usual."

US Secretary of State John Kerry took a break from peace process discussions in Israel to join the closed-doors summit. Ukraine's foreign minister was invited to attend part of the proceedings.

NATO members agreed to examine the possibility of deploying more military assets to eastern Europe, in particular to Poland and the Baltic nations. In a joint statement, the foreign ministers pledged they would keep providing "appropriate reinforcement and visible assurance of NATO's commitment to deterrence and collective defense against any threat of aggression to the alliance."

The alliance has already boosted its air policing program over the Baltic region.

As the two-day meeting began, Rasmussen downplayed reports that Russian troops were being withdrawn from the border with Ukraine.

The presence of Russian troops on the border has been condemned by Kerry as "unhelpful."

Ukraine's parliament on Tuesday voted to disarm a self-defense group that emerged during protests against pro-Russian President Viktor Yanukovych's regime.

The decision followed a nighttime police raid on a Kyiv hotel that uncovered a cache of weapons belonging to the nationalist group Pravy Sektor (Right Sector), which was allegedly involved in the toppling of Yanukovych in February.

That raid came after a member of the Pravy Sektor took refuge in the Dnipro Hotel. The man had allegedly been involved in a shooting incident outside a restaurant that injured three people, including a top Kyiv city administrator.