As uncertainty swirls around the future of the military alliance, DW spoke with NATO commander Petr Pavel at the Munich Security Conference about the defense bloc's primary challenges: Russia, terrorism and cyberwarfare. 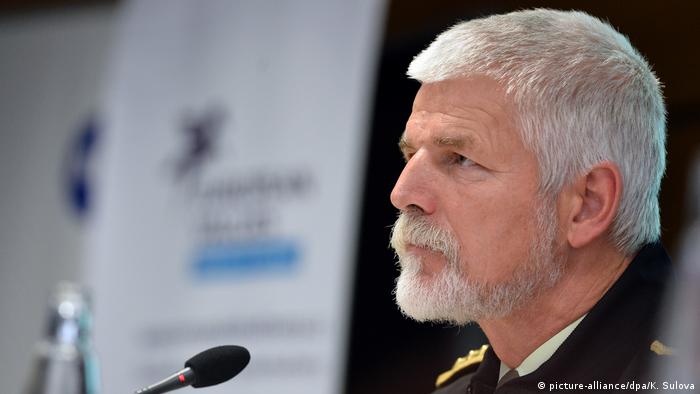 DW: General Petr Pavel, you are the Chair of the Military Committee at NATO, the highest military authority at the alliance. How would you gauge NATOs combat readiness in Europe?

Pavel: It is improving, increasing. After two decades of partnership, no conflict, no major crisis - with the exception of the distant crisis in Afghanistan – Europe was living in a peaceful environment. Unfortunately, this has changed significantly in 2014. Since the Wales Summit, NATO is increasing the readiness of the troops in all member nations, as well as the assets that are owned by the alliance. We believe that this is a natural reaction to the situation in Europe that developed after the annexation of Crimea. Since we are aware of our primary task - the protection of our allies' territory and populations - we have to take the measures that correspond to the security situation.

Yesterday, NATO Secretary-General Stoltenberg spoke of NATO trying to de-escalate the situation with Russia. Would you say that Russia is less a threat today than it was two years ago?

I don't think so. It is how we perceive the threat. A threat is always a combination of capability and intent. If we are not so sure about Russian intent - I believe that Russia doesn't have a serious intent to attack NATO - we have to be realistic. But there are significant capabilities and military build-up and modernization that make it necessary for us to be ready for any contingency. And of course, Russia has been using its military assets to promote its national interests. Russia frequently talks about the protection of minorities wherever they are. When we look at Baltic countries, they have significant Russian minorities, so, naturally, these countries are concerned about the statements of Russian leaders, as well as about growing Russian military capabilities. We have to be ready for any threat, even potential ones. That's why we have to consider Russia as a source of concern.

I would like to raise a point from yesterday: British Foreign Minister Boris Johnson said NATO should consider whether cyberwarfare constituted grounds for triggering Article Five. How would you react to that? 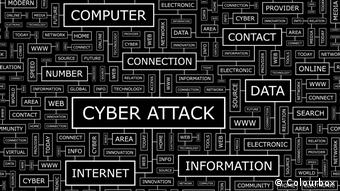 This is not a new argument. We have been discussing the cyberthreat for a long time. The summit in Warsaw brought an agreement of heads of states and governments that cyberwarfare was recognized as another operational domain. There are implications that result from that recognition. It means that even a massive or focused cyberattack can be considered an act of aggression that can trigger an Article Five response. We have to be realistic in terms of the damaging effects of cyberwarfare. It does not just disrupt networks; it does not just create an annoying effect. A cyberattack can cause deaths like a conventional attack by disrupting the networks of traffic control, disrupting the networks maintaining the systems in hospitals or in air traffic control. It may cause significant damage to lives, so we have to really take it seriously. That is why we take it as another operational domain, and we are taking measures to be able to address all the challenges coming through cyberwarfare.

From your perspective, what is the biggest challenge facing NATO going forward? 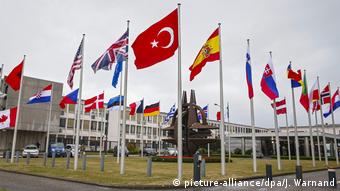 Speed of adaptation is an internal challenge for NATO

I would take it from two sides. Internally, it is the pace of adaptation. That is the challenge that is discussed widely today due to statements of the, at that time, presidential nominee and now American president about NATO being obsolete or not fit for purpose. So internally, it is the pace and speed and depth of adaptation. Externally, the most urgent challenge for NATO is terrorism. We have to deal with terrorism in a more efficient way. And not only this physical element - that means the destruction of fighting forces in the terrorist groups - but also increasingly addressing the broader scope of terrorism, the feeding grounds and the conditions from which terrorism and extremism arise. I believe we have now adopted a broad framework in Warsaw, called the Projecting Stability initiative, in which we can address the needs of most countries affected by terrorism in our neighborhood. We can bring them the assistance they need, starting from hard fighting capabilities up to very soft tools, such as assistance in training, institution building, equipment, know-how, intelligence-sharing, and other areas that can create a broader framework for addressing terrorism as a phenomenon.

UK minister: 'Defense is for NATO and not the EU'

British defense secretary Michael Fallon has told DW that Britain's departure from the European Union will not compromise European security. He also reiterated London's view that a European army is unnecessary. (18.02.2017)

German Chancellor Angela Merkel has told the Munich Security Conference that multilateral efforts are needed to cope with current challenges. She stressed that NATO was in the interests not only of Europe, but of the US. (18.02.2017)

Mattis' mixed message on money is seen as an "ambiguous" signal from Trump on collective commitment. The European Commission, for its part, says demanding "military" spending overlooks other security investments. (17.02.2017)