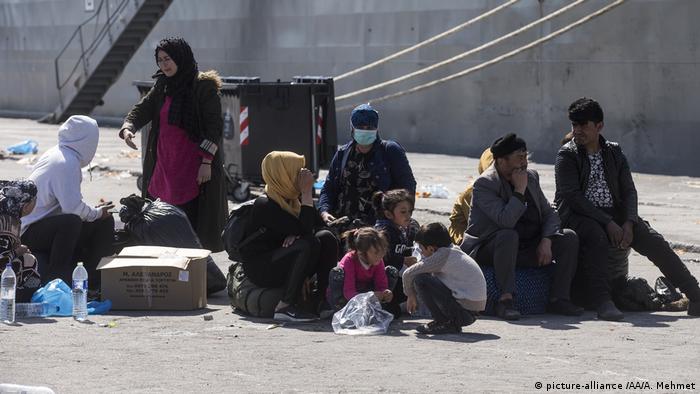 Merkel told Turkish President Recep Tayyip Erdogan that she was willing to increase EU funds for the care of refugees in Turkey in return for Ankara stopping thousands of refugees attempting to cross the Turkish-Greek border.

The call followed the eruption of a new migrant crisis on the EU's external border after Erdogan last month opened Turkey's frontier. The decision prompted thousands of migrants and refugees to rush towards the Greek side of the border.

Erdogan's move sought to pressure Brussels to help Turkey deal with a new humanitarian crisis unfolding in northern Syria's Idlib province. Turkey is already struggling with helping some 3.5 million Syrians who have fled the 10-year conflict.

The Turkish leader has also accused the EU of failing to honor the terms of the earlier refugee deal that sees Turkey paid to take back failed asylum-seekers from Europe.

While Idlib and the border crisis were top of the agenda for Tuesday's video call, the four leaders also agreed that they “should not lose sight" of stalled talks on expanding the customs union between the EU and Turkey, the German chancellor told reporters after the call.

The talks, which also included French President Emmanuel Macron and British Prime Minister Boris Johnson, were originally planned for Istanbul but were switched to a video call due to the coronavirus crisis.

What is the situation at the Greece-Turkey border?

Images have shown migrants being tear-gassed as they tried to force their way across the border. Greek authorities have also used water cannon against those trying to enter.

Erdogan had said Greece's treatment of migrants and refugees at their border was akin to the Nazi regime.

Greece has suspended asylum applications for a month.

What is happening in Syria?

As of Sunday, the ongoing war in Syria entered its tenth year. The conflict has displaced 11 million people, and killed more than 384,000, including 116,000 civilians.

Most recently, nearly 1 million people were forced to flee when fighting broke out between Russian and Turkish forces in the northwestern region of Idlib, the last rebel stronghold in the country.

A ceasefire is now in place, but the conflict has left a humanitarian crisis which has left thousands of people scrambling to find food, shelter and health supplies.

The EU has also offered migrants on the Greek islands money for a voluntary return to their home country. Some 5,000 refugees, currently housed in overflowing camps, could take up the €2,000 offer. (12.03.2020)