The mood has changed: Though many people in Greece were eager to help displaced people five years ago, today mobs are chasing refugees away. It is clear who is responsible for this, DW's Spiros Moskovou writes. 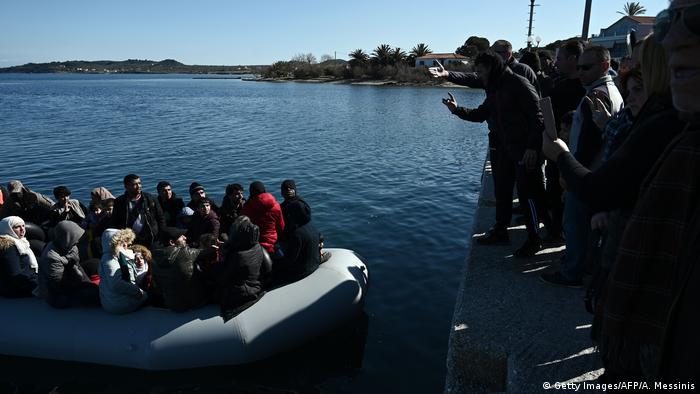 The images are disturbing: Greek security forces along the Evros River on the border with Turkey use tear gas against displaced people trying to reach the European Union. At night, armed men patrol the region, searching for people whom they suspect to be foreigners. On the island of Lesbos, residents try to push refugee boats away from the coast. And, not far from the Moria refugee camp, where more than 20,000 people have been kept in squalid conditions, anti-immigrant groups harass aid workers and beat journalists.

The number of displaced people arriving at the European Union's borders hit new highs beginning in 2015. Five years later, refugees who arrive in Greece are facing increasingly inhumane treatment. The days of the baker of Kos who gave bread to refugees — and was honored with the2016  Civil Society Prize from the European Economic and Social Community — seem to be over. 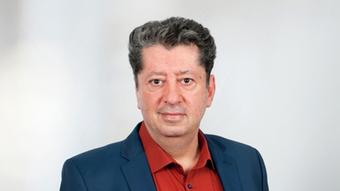 Greece has been in a kind of war fever ever since displaced people began arriving en masse on Greece's northeastern frontier, encouraged by the opening of Turkey's border by President Recep Tayyip Erdogan. Even European Commission President Ursula von der Leyen feels compelled to urge Greek security forces to take a measured approach to refugees.

The responsibility for the heightened mood of militarization clearly lies with the government of Prime Minister Kyriakos Mitsotakis, who from the beginning has wanted a hard-line asylum policy. Greece is being confronted by an "asymmetrical threat," the prime minister's spokesperson, Stelios Petsas, said after the violent response to the arrival of displaced people on the Evros River. This military terminology has changed the equation: Overnight, the arrival of displaced people to Greece has become a security problem. Now, social media — never known for its cultural sensitivity — has featured constant racist comments against foreigners in Greece, including on posts about DW reports on the situation.

It must be noted that Greece is hardly in a position to face the challenge of administering to the 110,000 displaced people currently in the country. And that is despite the initially positive attitude held by a large segment of the population — and despite the hundreds of millions of euros provided by the EU. Repeated reports about the embezzlement of EU funds were not followed up on. An orderly and efficient method of processing asylum applications was never put in place. A wider discussion about how to integrate refugees in Greece never happened. The government in Athens, regardless of the party in power, always ignored the appeals from refugees on the islands of Lesbos, Kos and Samos.

The communities on these islands could not host the newly arrived people on their own. The Moria refugee camp on Lesbos long ago became a slum. The situation was the perfect breeding ground for the racism that is coming to light today.

Opinion: Climate justice must be more than a promise 4h ago