The EU has also offered migrants on the Greek islands money for a voluntary return to their home country. Some 5,000 refugees, currently housed in overflowing camps, could take up the €2,000 offer. 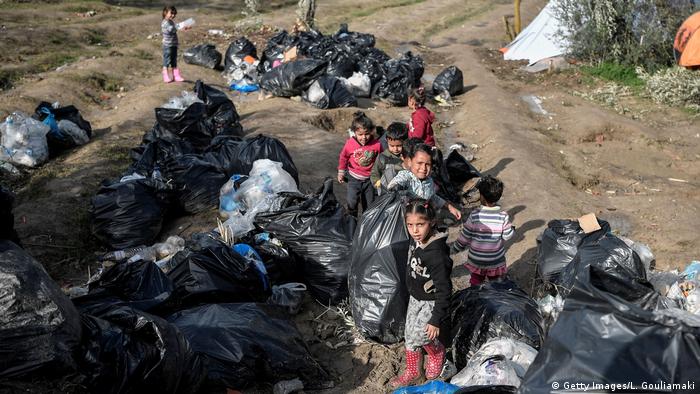 Seven EU member states have agreed to accept at least 1,600 refugee children from overcrowded camps on the Greek islands, the bloc announced on Thursday.

The EU's Commissioner for Home Affairs Ylva Johansson confirmed that Germany would be among the seven countries to take in the migrants, comprised of children and teenagers.

"This is a good start" to increasing solidarity with Greece, Johansson told reporters in Athens press.

In addition, the European Commission, Greece and the UN migration body IOM will launch a one-month voluntary returns initiative, the commissioner said.

Migrants in the camps on the Greek islands that choose to return to their country of origin will be offered an extra €2,000 ($2,250) "to help to reintegrate," the EU top official said.

“Refugees will not return — of course, they can’t return — but economic migrants that maybe know they will not get a positive asylum decision could be interested in doing that,”  Johansson told reporters.

The opportunity will be available for one month and could end up being accepted by roughly 5,000 refugees.

The payout is only available to people who arrived after January 1, 2020.

Refugees who arrived during a two-week period enabled by Turkey, which said on February 28 that it would stop preventing people from trying to reach the European Union, will not be eligible.

Opinion: Erdogan, EU backed into a corner by the Kremlin

Two megalomaniac autocrats have maneuvered themselves into a political cul-de-sac, and the European Union doesn't know what to do, writes Alexander Görlach. (03.03.2020)

A deal to stop irregular migrants from entering the EU through Turkey has collapsed, according to Greece's prime minister. Tens of thousands of migrants hoping to enter the EU have gathered at the Greek-Turkish border. (07.03.2020)