EU and Iran create 'special vehicle' for trade despite US sanctions

EU officials have expressed optimism that the new framework will allow firms to keep doing business with Iran. Businesses have already pulled out and the Iranian rial has plummeted as the threat of US sanctions looms. 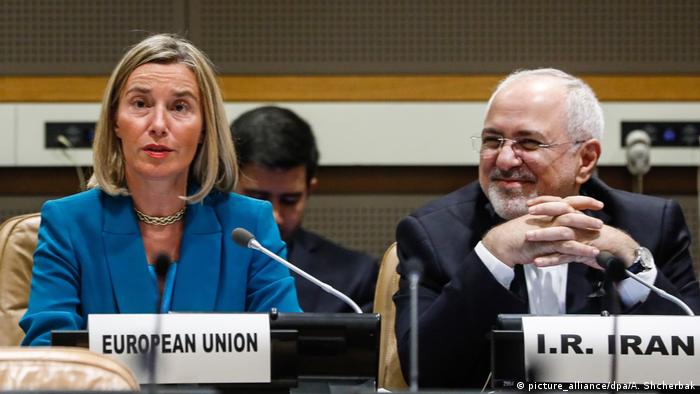 The remaining signatories of the Iran nuclear deal announced on Monday that they would establish a channel to facilitate payments for Iran's exports, including oil, as well as its imports. The decision was reached after high-level closed-door talks at the UN in New York.

"Mindful of the urgency and the need for tangible results, the participants welcomed practical proposals to maintain and develop payment channels, notably the initiative to establish a Special Purpose Vehicle (SPV) to facilitate payments related to Iran's exports, including oil," Britain, China, France, Germany, Russia and the EU announced in a joint statement.

The members' stated intent is "to protect the freedom of their economic operators to pursue legitimate business with Iran."

The SPV could breathe life into the 2015 Joint Comprehensive Plan of Action (JCPOA), the Iran nuclear deal, and was sought by Tehran in order to counter the reimposition of sanctions triggered by the US's exit from the deal.

The European Union has struggled to devise a workable legal framework to shield its companies from the effects of US sanctions, which are set to come into effect in November, and has tried to deter firms from pulling out of Iran.

Nonetheless, a number of business — including the French energy giant Total, carmakers Peugeot and Renault, and Germany's Siemens and Daimler — have already suspended operations in Iran.

The impending sanctions have also had a debilitating effect on Iran's economy, helping trigger a slide in Iran's currency. The rial has lost about two-thirds of its value this year, hitting a record low against the US dollar this month. 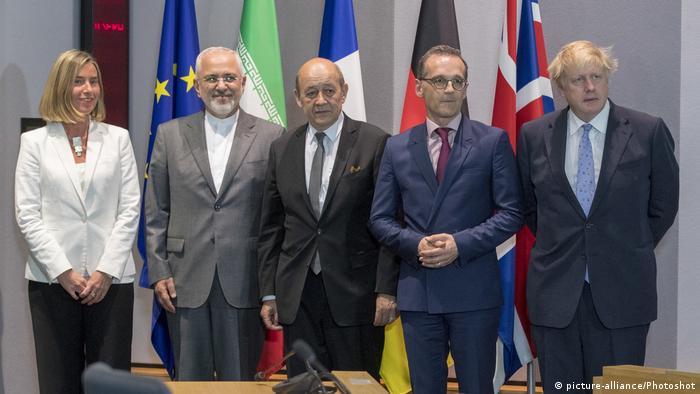 EU foreign policy chief Federica Mogherini said the countries were still working out the technical details, but explained that member states will create a "legal entity" to ensure legitimate financial transactions can be made with Iran.

"In practical terms, this will mean that EU member states will set up a legal entity to facilitate legitimate financial transactions with Iran and this will allow European companies to continue to trade with Iran in accordance with European Union law and could be open to other partners in the world," she told reporters.

Mogherini stressed that the SPV could also help preserve the nuclear agreement, which is "in the international interest" and which the EU argues has been successful at preventing Iran from developing nuclear weapons.

The announcement at the UN comes a day before Donald Trump and Iranian President Hassan Rouhani separately address the General Assembly, where the US leader is expected to take a hard line on Iran.

Tehran blamed regional countries and their "US masters" for the attack on an annual military parade in the city of Ahvaz, but the UAE has denied involvement. A Sunni militant group claimed responsibility for the assault. (23.09.2018)