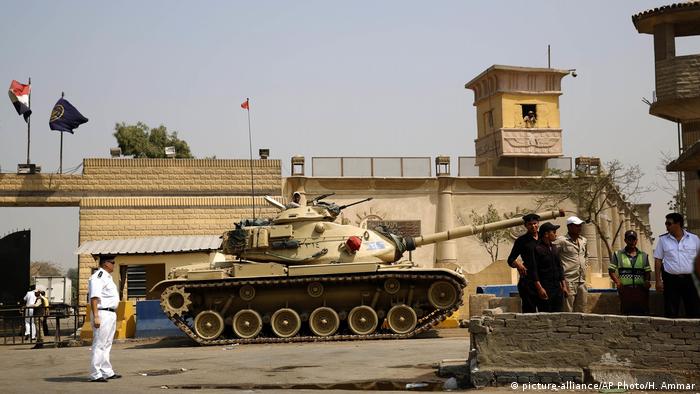 Over the past month, Egyptian authorities have arrested several activists on trumped up charges, human rights observers say, including inciting terrorism, propagating fake news and misuse of social media. For the Egyptian government, the moment is ripe for targeting critics.

A global attention deficit spurred on by the coronavirus pandemic means Western governments are focusing on domestic issues instead of human rights abuses abroad.

That has allowed the government of President Abdel Fattah el-Sissi "to further its brutal repression in Egypt," said Amr Magdi, Egypt researcher at Human Rights Watch.

"Sissi's government feels increasingly insecure because of its failure to control the COVID-19 outbreak in Egypt, the country's weak healthcare system and the economic fallout of the crisis," Magdi said.

"Security agencies know that many Egyptians are angry and that there's a ripe environment for protests. Therefore, they are trying to prevent the slightest criticism before it grows." 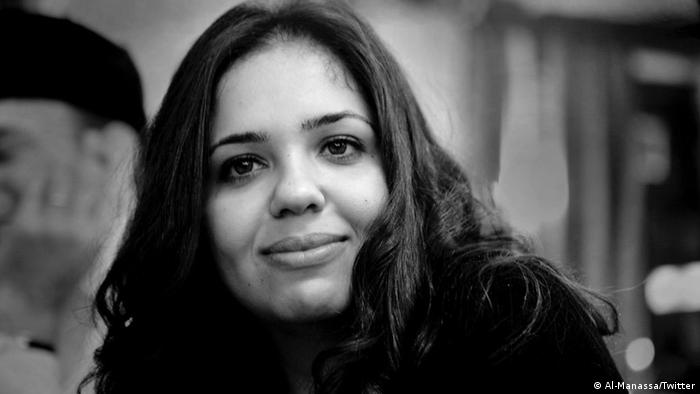 Authorities appear to be increasingly anxious about how sensitive issues are covered publicly, with Egypt's Council for Media Regulation warning last week that any outlet reporting on COVID-19, Libya, the Sinai or the Great Renaissance Dam outside of official lines would be disciplined.

The most recent arrest came on Wednesday when eight plainclothes police raided the offices of independent outlet Al-Manassa, searched its computers and detained its editor Nora Younis.

Younis was released on bail late on Thursday after being charged with "establishing an account on an information network designed to commit and facilitate the commission of a crime," according to the al-Manassa's Twitter account. The outlet had previously reported that it had applied and paid for a license to operate in 2018 but had received no response.

Sayyid Turki, the executive editor of Al-Manassa, said the wave of arrests was "the normal situation in Egypt now." He said that the news site's "so-called controversial" coverage of COVID-19 may have been one factor in her arrest.

Al-Manassa's website is one of many that have been blocked in Egypt since 2017.

Seif had visited the office to file a complaint after she was assaulted outside Cairo's Tora prison in front of security forces the day before, who appeared to encourage the violence.

That day, Seif, her mother Laila Seif and sister Mona Seif were trying to pick up a letter from their activist brother, Alaa Abdel Fattah, who they say is subject to unsafe conditions in prison amid the coronavirus pandemic. 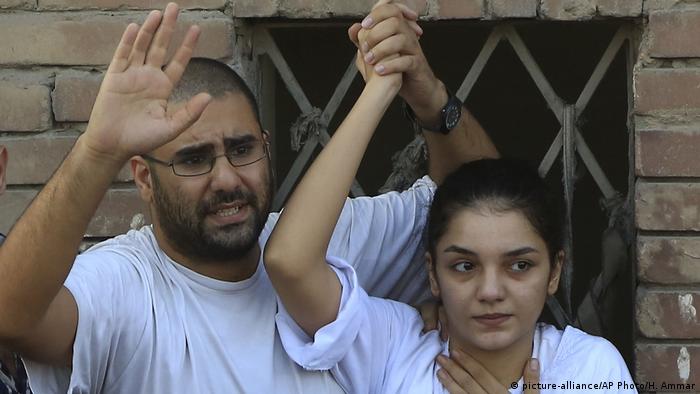 The public prosecutor's office issued a statement alleging Seif had "broadcast fake news and rumors about the country's deteriorating health conditions and the spread of the coronavirus in prisons" on Facebook, among other charges, including inciting terrorism.

Human rights activist and lawyer Gamal Eid, who also represents al-Manassa's Younis, told DW that Younis refused "to be a megaphone for the regime," and Seif was arrested in retaliation for the "severity of her criticism" of President Sissi and the public prosecutor after the assault.

Security forces raided the homes of Soltan's Egypt-based relatives twice and arrested five of them on June 15 in order to pressure him to drop a lawsuit against former Egyptian Prime Minister Hazem el-Beblawi, Soltan told Human Rights Watch.

Soltan filed charges under the US' Torture Victim's Protection Act in early June alleging 21 months of brutal treatment overseen by el-Beblawi, now an executive director at the IMF. Soltan was arrested in 2013 for documenting the Rabaa massacre, dubbed Egypt's deadliest in modern history.

Soltan's case has won the backing of US officials, including Senator Patrick Leahy, who said holding relatives "hostage for the purpose of trying to intimidate and influence a US judicial process is contrary to US law and immoral."

Even if Egypt's latest wave of arrests has garnered little attention in Western capitals, human rights groups are calling for action.

"Germany, the EU and the US have a responsibility to condemn this escalating attack on the very essence of human dignity and basic human rights in Egypt," said Magdi of Human Rights Watch.

In Germany, the government has approved more than €300 million in arms transfers to Egypt since January, while el-Sissi was set to be honored in February with an award at an event hosted by the Semperoper opera house in Dresden. The Order of St. George award was rescinded before the occasion.

"They are not just silent, they are even sending messages of support," said Magdi. "If you don't want to condemn Sissi's government for whatever reason you have, at least don't continue to fuel its repressive machine by all this support. This is immoral and has to stop."