Mohamed Monir penned an article and gave an interview criticizing his country's handling of the COVID-19 pandemic. It's the once-military government's latest in a series of attacks on press freedom. 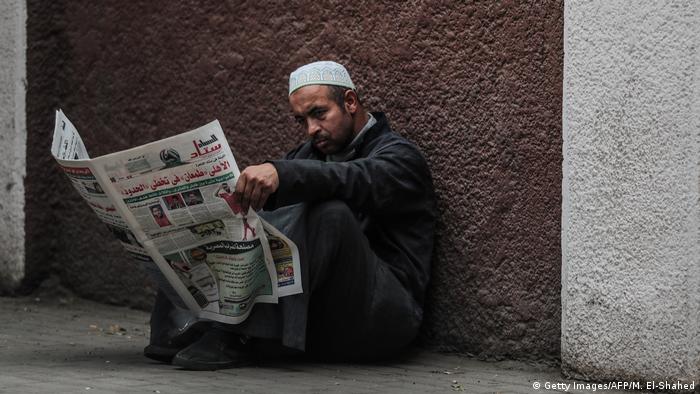 Egypt arrested a prominent journalist on Tuesday after he spoke out against the government, reported the Committee to Protect Journalists (CPJ).

Mohamed Monir, 65, was taken from his apartment by plainclothes security officers, said his family in a statement on Facebook.

He has been remanded in custody for 15 days on charges of joining a "terrorist organization," spreading false news and misusing social media, said his lawyer Nabeh el-Ganadi.

The CPJ called for his immediate release and for all charges against him to be dropped.

Before his arrest, Monir  —  editor-in-chief of the al-Diyar newspaper  — criticized the Egyptian government's handling of the coronavirus pandemic in a May 26 interview and a June 14 column in Qatar-based news outlet Al Jazeera.

The Egyptian government regards Al Jazeera as a mouthpiece for Mohamed Morsi's Muslim Brotherhood. The Brotherhood was ousted from power in 2013, by then-general and current President Abdel Fattah el-Sissi, and is now blacklisted as a terrorist organization.

Monir previously shared online footage of a police raid of his apartment on Saturday, obtained from a camera in the building. He was not home at the time.

Following the raids, Monir posted on Facebook that the authorities' attempt to arrest him would not stop him speaking out.

Paris-based group Reporters Without Borders joined the CPJ condemning Monir's arrest in a statement, calling it "symptomatic of the difficulties" facing Egypt's journalists.

The Egyptian journalists' union called for an emergency board meeting to discuss the "siege imposed on freedom of the press" — Monir was the fourth union member to be arrested in recent weeks.

"Silencing everyone and spreading fear is their goal, not only for journalists but for all those who express an opinion or different position in this country," wrote board member Mohamed Saad Abdel Hafiz wrote on Facebook.

Under President Abdel Fattah el-Sissi, Egypt has overseen a sweeping crackdown on the media, in addition to suppressing dissent and jailing thousands.

Egypt is ranked 166th out of 180 countries in the Reporters Without Borders 2020 Press Freedom Index, sandwiched between Equatorial Guinea and Yemen, and falling three places from the previous year.

A truly open society exists for merely 3% of the world's population, according to a new "Atlas of Civil Society" published in Germany. In 38 countries, 3 billion live in fear of repression, surveillance and even murder. (04.03.2020)