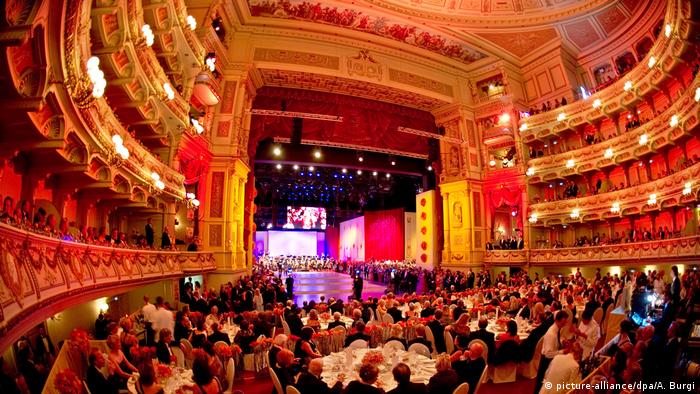 The organizers of the prestigious Semperoper Ball, a glitzy annual party at the Dresden opera house, found themselves mired in controversy ahead of the February 7 event.

A crucial part of the festivities is the awarding of the Order of St. George, described on the event's page as a medal for "those who have, like St. George, been a force for good in the world." This year, the organizers decided to award it to Egyptian president and former general Abdel Fattah el-Sissi.

The Egyptian strongman contributed to his country's stability and promoted culture and education, they said. A delegation traveled to Cairo and presented el-Sissi with his medal on Sunday.

El-Sissi's rule in Egypt has been marred by brutal crackdowns, including the suppression of a popular anti-corruption movement in 2019. The news of the award sparked fervent criticism in Germany.

On Wednesday evening, TV journalist Judith Rakers said she was no longer willing to host the event. She previously said she was "very irritated" by the organizers' choice to award el-Sissi.

Singer Roland Kaiser, also booked as a host, said he would stay on the job but also noted that he would have refused if he "had known in advance" that el-Sissi would receive the medal.

The organizers initially argued that the decision was based on culture and not politics. Faced with the pressure from the public, however, the head of the organizers' association Hans-Joachim Frey has since admitted that the choice was "a mistake." It was not immediately clear if the association was planning to revoke the decision or to cancel the invitation to the president to attend the ball.

Commenting on Rakers' announcement on Wednesday, the organizers said they would respect her wish and that they had "full understanding" of her decision to back out of the event.

German public broadcaster MDR also slammed the organizers and criticized the "serious repression against journalists and the ever-growing restrictions of free-thinking and press freedom" under el-Sissi. However, they said they would still televise the ball as previously planned.

"The MDR has made it very clear that we will not show [the award ceremony] on-air" they said.