Egyptians emboldened to defy el-Sissi in anti-government protests | Middle East | News and analysis of events in the Arab world | DW | 24.09.2019 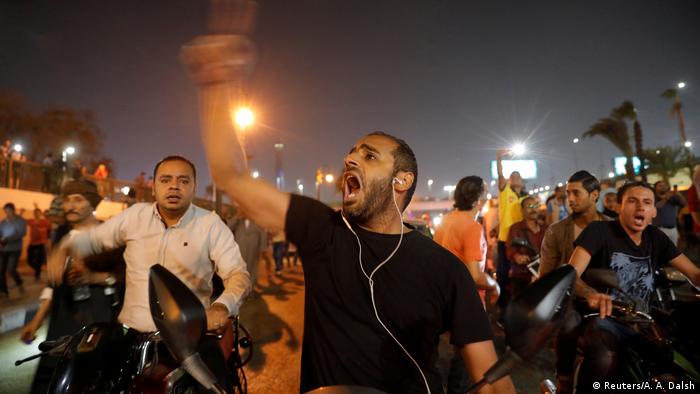 "Say it, don't be afraid, el-Sissi has to go," the protesters chant on Cairo's Tahrir Square, the epicenter of Egypgtian revolution in January 2011. After six years of Abdel-Fattah el-Sissi's rule, it seems possible again to protest against the government. Similar slogans led to the fall of long-time dictator Hosni Mubarak in 2011.

People took to the streets in protest on evening of September 20 in Cairo, Alexandria, Suez, Mansoura and Mahalla-al-Kubra in the Nile Delta, according to Mada Masr, an independent Egyptian news outlet. In Cairo, security forces initially held back, but later used tear gas. Over the course of just three days, several hundred people were arrested.

Within minutes, videos circulated online that were first largely ignored by the state media, but then labeled a disturbance by the enemy of the state, the Muslim Brotherhood.

El-Sissi's repressive regime has so far prevented political resistance. The government has largely suppressed protests and criticism. Thousands of Muslim Brotherhood members, government critics, bloggers and activists have been imprisoned. The fact that slogans such as "Sissi, get lost" can now be heard on the street is a sign that the Egyptians are no longer afraid of repression — even if demonstrations without permission from the authorities are forbidden in the country.

For two weeks now, an Egyptian building contractor and actor by the name of Mohammed Ali has been galvanizing his compatriots. Ali lives in exile in Spain and has published several videos online accusing el-Sissi and the army of corruption. Having worked for the president for several years, he speaks with authority when he discusses el-Sissi's million-dollar real estate deals.

Ali's videos hit a nerve in a country where one out of three people live below the poverty line. Human rights organizations have sharply criticized the government for heavily suppressing any form of criticism or opposition. State repression is stronger than ever before in recent decades.

Khaled Dawoud, a political scientist and member of the opposition, is convinced that the economic woes in Egypt are driving people to take to the streets more than anything else. "The economic reforms hit the average Egyptian hard; at the same time, they see that their concerns are not among the president's priorities," Dawoud told DW.

"Instead he is busy with the Suez Canal, wasting trillions on a new capital and expensive holiday resorts," Dawoud added. "The majority of Egyptians will not benefit from any of this." 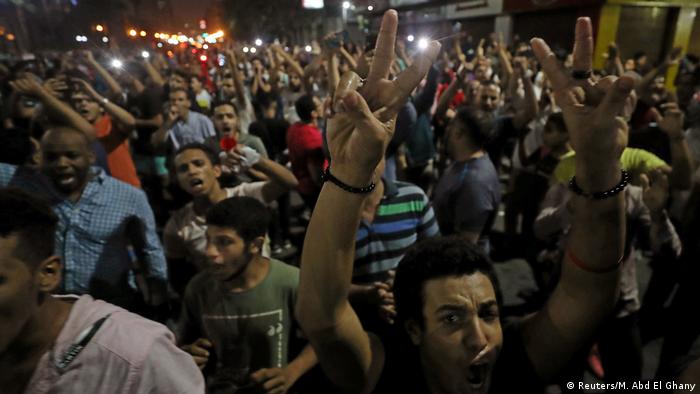 El-Sissi has rejected Ali's accusations as "lies and slander." His reaction to the corruption allegations — "I will build more palaces" — fueled people's anger even more. The fact that the president responded to Ali's videos shows how nervous the government is and how much it regards this wave of protest as a danger, said Stephan Roll of the Berlin-based German Institute for International and Security Affairs.

Who are the demonstrators?

In Roll's view, they are mainly young people who were not part of the protests in 2011. The fact that people demonstrate even though they have to expect arrests or the use of firearms is "the symptom of a disastrous political and economic situation," he said. It would also be interesting to know who is behind Mohammed Ali —the man who got people to protest in the first place, Roll added.

"There's speculation that there is tension among the elite," Roll said, adding that the videos don't look as if they were taken spur of the moment but rather as if they had been planned. "Ali may be backed by a part of the military closer to Mubarak and disappointed by el-Sissi," he said. 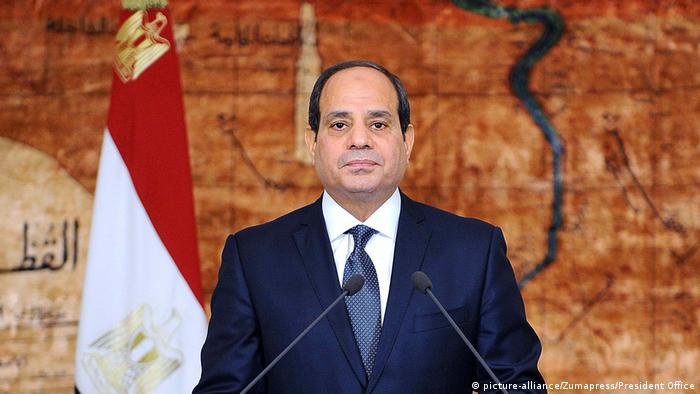 The government's response is not sustainable, Roll said, adding that if there are protests again next Friday, things will not look good for the regime.

Human Rights Watch has urged the Egyptian leadership not to prevent peaceful protests, and called on the authorities to immediately release all detainees. "The authorities should recognize that the world is watching and take all necessary steps to avoid a repetition of past atrocities," said Michael Page, HRW deputy Middle East and North Africa director.

Roll, too, has appealed to the international community to put the situation in perspective and to recognize that el-Sissi's regime, which is based on repression, corruption and mismanagement, cannot function in the long run.

Lufthansa and British Airways canceled flights to Cairo over the weekend, citing security concerns. Although they were reticent with details, the situation in Egypt, and particularly in North Sinai, is indeed unstable. (22.07.2019)