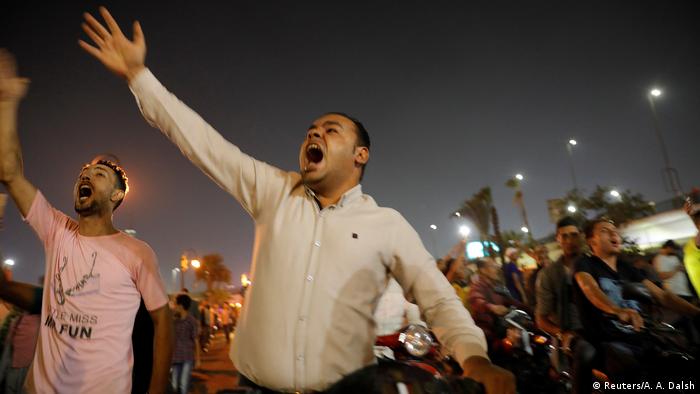 Similar protests took place in other cities around the country.

Witnesses in the Egyptian capital saw some protesters being rounded up amid a heavy security presence, including riot police and plainclothes officers.

Public demonstrations are rare in Egypt after the government's harsh crackdown on dissent in the wake of the military coup that toppled former President Mohammed Morsi in 2013.

Tahrir Square is the site of the 2011 revolution that ousted longtime dictator Hosni Mubarak. Footage showed protesters shouting slogans such as "Leave Sissi." The Arabic hashtag "Tahrir_Square" was trending worldwide on Twitter.

Under el-Sissi, a former general who took power following the 2013 coup, Egyptian authorities have curtailed press freedom and locked up thousands of Islamist and secular activists. 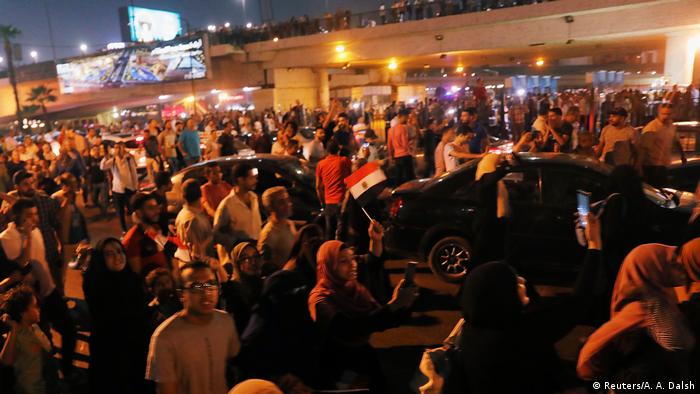 El-Sissi was elected president in 2014 and again in 2018, both times winning 97% of the vote. He has justified his authoritarian policies as necessary security measures, particularly in the face of an Islamist insurgency on the country's Sinai Peninsula and general unrest following the 2011 revolution.

Friday's protest came after Mohamed Ali, an Egyptian building contractor and actor who lives in Spain, demanded el-Sissi's ouster in a series of videos that were widely circulated online. Ali accused el-Sissi and the military of corruption.

El-Sissi denied the allegations last Saturday, calling the claims "lies and slander" and saying he was "honest and faithful" to the Egyptian people and military.

In his latest video earlier on Friday, Ali called on Egyptians to take to the streets after a high-profile football match between rival Cairo clubs Al Ahly and Zamalek.