After German chancellor candidate Martin Schulz called for a Europe-wide quota for electric cars, the debate among German politicians, the EU and carmakers has picked up steam. In China, such a quota already exists. 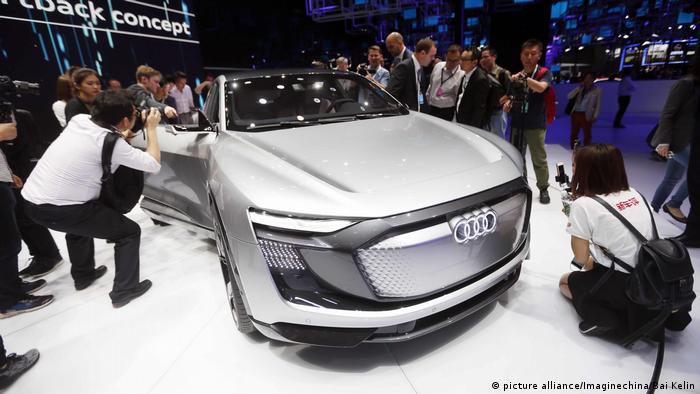 A European e-mobility quota could "add pressure on carmakers to offer demand-based electric cars," Zypries said in a statement, adding it would lead a significant increase in the share of electric vehicles. Other German ministers, including Environment Minister Barbara Hendricks (SPD), also welcomed Schulz' proposal.

"When it comes to electric vehicles, the German car industry clearly has to improve," Schulz said in his program. US carmaker Tesla, a pioneer in electric cars, had "been mocked for too long" and German carmakers could no longer afford to display their current level of "arrogance."

Schulz also stressed the need for greater investment in the production of battery cells in Germany, and not to rely on foreign manufacturers.

The SPD candidate's proposals came as Germany's largest carmaker, Volkswagen, was still reeling from the Dieselgate affair. Just last month, it came to light that Germany's three largest car manufacturers - Volkswagen, BMW and Daimler - had allegedly colluded since the 1990s in an attempt to fix prices to stay ahead of foreign rivals.

Germany, which is encouraging consumers to purchase e-cars with buyer's premiums, pledged to reduce carbon emissions by 40 percent by 2020 compared with 1994 levels and aims to have 1 million electric cars by then. On Friday, German Chancellor Angela Merkel neither rejected nor approved Schulz' demand. A government spokesperson said every proposal with the goal to advance e-mobility was "welcome in principle."

Quota faces opposition from politicians, the EU and carmakers

While Merkel remained neutral, other members of her party objected to Schulz' proposal on Friday. "A firm European e-car quota is the wrong path," CDU's Vice Chairman Michael Fuchs said. Instead of dictating the tech sector, what's needed are ambitious, Europe-wide emission regulations, according to Fuchs. While Germany's pro-business FDP also rejected a quota, The Green party demanded that only emissions-free vehicles should be registered in Germany starting in 2030.

A comment by Deputy Economy Minister Matthias Machnig (SPD) on Monday had kickstarted the debate. Machnig said Germany should consider introducing binding quotas for electric cars to help the automobile sector recover from the diesel emissions scandal and keep its place as a leading producer.

"We should talk about a binding target to really get electromobility going in Europe and also in Germany," said Machnig, reacting to a report in German newspaper Handelsblatt that cited European Union sources as saying the European Commission wanted to accelerate the retreat from combustion engines by setting a quota for low emissions cars such as electric cars from 2025. 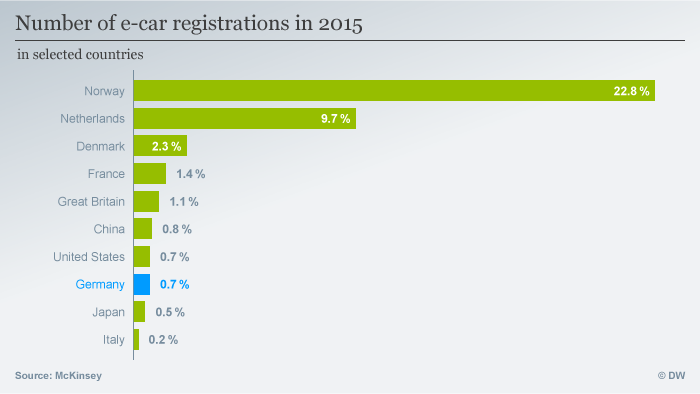 But the European Union said on Monday it had no plans to introduce quotas for electric cars for an automobile sector seeking to recover from the Volkswagen diesel scandal.

"Generally speaking, the European Commission is looking into ways to promote use of low carbon energy and transport but none of them includes quotas for electric cars," a spokeswoman for the EU executive said.

The pro-quota demands also set up a possible policy clash with German carmakers, whose lobby group says it opposes such quotas. The VDA auto industry lobby was quoted as saying: "We think such sales quotas are the wrong choice."

During last week's Diesel summit in Berlin, carmakers had agreed to install software updates in about 5 million vehicles to reduce the level of harmful emissions. Schulz, however, in his program attacked the resolution, dismissing it as a measure to appease carmakers.

Schulz, a former president of the European Parliament, called for a second summit in the fall and warned that if the latest round of software updates proved to be insufficient, carmakers would would face paying out of their own pockets to provide the necessary technical upgrades.

China is forging ahead

While the a e-car quota debate just got off the ground in Europe, China, the world's biggest carbon emitter, is already promoting an electric vehicle quota and building up an e-car industry. These efforts are part of a larger, multibillion-dollar investment in clean energy infrastructure as the country battles to clear up the notorious choking pollution enveloping its biggest cities, including Beijing.

In early June, Daimler and VW were among a string of top German companies to unveil major business deals with the People's Republic. The automakers agreed to build electric cars in China, which they described as the world's biggest market for "electromobility."

Volkswagen announced it would "develop, produce and market electric vehicles as well as mobility services" in a 50-50 joint venture with carmaker JAC. VW, the world's largest carmaker, aims to sell some 1.5 million electric cars per year in China by 2025, thanks to its deals with JAC and competitors SAIC and FAW. Its first vehicles jointly designed with JAC are scheduled to roll off the production line in 2018.

The European indecision as to e-car quotas is to be seen in the context of a global debate on the auto industry's continued reliance on the combustion engine. Britain and France plan to ban the sale of new petrol and diesel cars from 2040 in a bid to reduce air pollution.

German carmakers risk falling behind when it comes to electric vehicle technology, chancellor candidate Martin Schulz has warned. The SPD leader said carmakers they can no longer afford to be "arrogant." (11.08.2017)

A pre-election poll suggests Germans have fallen out of love with their diesel cars, and the politicians who let "dieselgate" unfold right under their noses. "Made in Germany" no longer means what it once did. (10.08.2017)