Could Germany act as mediator between Israel and Iran? | Middle East| News and analysis of events in the Arab world | DW | 12.02.2018

Could Germany act as mediator between Israel and Iran?

The recent Israeli airstrikes in Syria have sparked concerns of a direct confrontation between Israel and Iran. DW spoke with Middle East expert Gil Murciano about the conflict, and Germany's potential role as mediator. 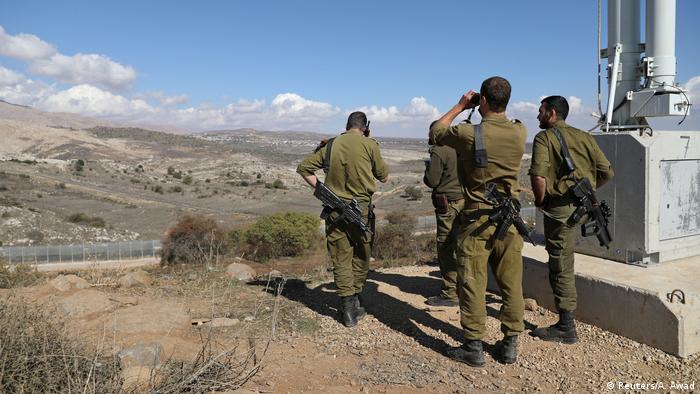 DW: An Israeli fighter jet was downed by anti-aircraft fire this weekend in Syria. In response, Israel carried out airstrikes in Syria, including against what it described as Iranian targets. Is Syria going to become an arena of open confrontation between Israel and Iran?

Gil Murciano: In Syria, things are moving from the chaos of civil war to a new order, the fruits of which Iran is trying to harvest in an attempt to strengthen its influence. They want to build naval and air bases in Syria and strengthen Hezbollah. The Israelis, on the other side, had amidst all the chaos relied on non-intervention, but now they see themselves confronted with a new situation in which they are strategically inferior. It's the first time they see their arch enemy on the other side of the border with the capability of turning Syria into a platform to attack Israel in the future. The Israelis are completely changing their policy, taking much greater risks in order to halt this dynamic.

This weekend we saws Israel's willingness — for the first time, I think — to actually attack an Iranian target with Iranian forces. Up to now, Israel has been trying to avoid direct confrontation on this level with the Iranians. So this is a new step. And the possibility becomes much more probable that the cycle of the steps and countersteps could lead to an open escalation. From the Israeli point of view the question is not whether there will be a next round, but when it will arise.

How many military forces in Syria are actually under Iranian influence? 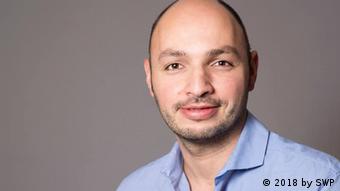 With pro-Iranian militias, we are talking about 7,000 to 10,000 combatants. In addition, there are roughly a few hundred Iranian experts from the Revolutionary Guards and Quds forces. But the real issue from the Israeli point of view is the changing power between Iran and its host, the Syrian regime of [President Bashar al-Assad]. Before the civil war, the Assad regime could say "stop" or "go" — it could actually control the the extent of Iran's involvement. Now the Syrian regime is dependent on Iran for its survival. Therefore, Iran is free to advance its own interests: building bases in Syrian territory that may later be used against Israel and integrating Iranian forces into the structure of the Syrian army and advancing them later to the border of Israel.

Is the Assad regime really willing to allow Iran to start a war against Israel from Syrian territory?

It often seems that Iran and the Syrian regime are speaking the same narrative. But we do see some cracks, when looking under the surface. An Iranian chief-of-staff came to Syria a couple of months ago with a list of demands, both on the economic and security level: for example mining rights, including Uranium and building bases. The Syrians were effective in blocking these Iranian attempts. The Assad regime, in this fragile situation, is also trying to avoid reaching direct confrontation with Israel and trying to keep Iranian interests at bay. The Russians are trying to contain Iranian influence as well.

Read more: What do the US, Russia, Turkey and Iran want in the Syria conflict?

How do you see Russia's role with regard to Israel and Iran?

They do tolerate Israel's airstrikes as well as Iranian activities in Syria, but they are trying to avoid taking sides. Their main interest here is to keep on building the independent capacities of the Assad regime. The Russians have nothing more to gain in Syria, for them it is just about losses. So far, the Russians have been able to sustain the friction between those sides.

Can Israel count on the backing of the United States in a direct confrontation with Iran in Syria?

In the past, the Americans were an important part in the Israelis' policy regarding Syria and Lebanon. But today, when it comes to the Syria issue, we see a complete absence of the US. You see the Americans leaving the arena to the Russians. This is one of the reasons why Israel is conducting such an active diplomatic campaign vis-a-vis the Russians throughout the last two years. The Syrian issue currently is not on the radar of US policy.

Are there options for the Europeans to mediate?

I think the EU and, specifically in this case, Germany have a unique potential. It is both a strategic ally of Israel, and at the same time it enjoys some level of access or reliability from Iran. Germany is the only actor in the Western world that has some practical experience in mediating informal agreements between Israel, Iran and Hezbollah — the relevant factors in this conflict. Here I refer to the POW swap where Germany was the main negotiator and facilitator in the past. So it has the know-how, the capacities, and a huge interest to stop this cycle of escalation. The shockwave of a third war in this region would have an impact over the Mediterranean. In Lebanon alone we have 1.5 million refugees who, in case of a war, might be knocking on Europe's doors.

Gil Murciano is a Middle East and Africa expert at the German Institute for International and Security Affairs (SWP) think tank in Berlin.

Myanmar: 2 killed after police crack down on protests