Representatives of numerous countries are meeting in Astana to try to reach a ceasefire in Syria. The diplomats are confronted with huge challenges, and will struggle to achieve even small successes. 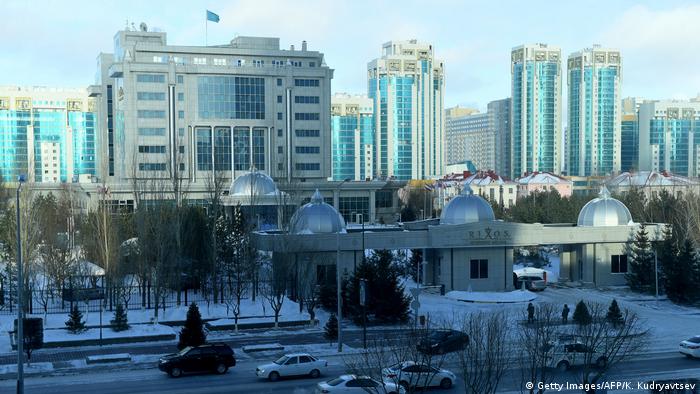 What is needed, and soon, is a pan-Syria conference, a national meeting that includes all the groups in Syrian society: all ethnic and religious groups, with representatives of both the government and the opposition. Suggestions like these have been made repeatedly over the course of the debate about ending the Syrian civil war of almost seven years, only for nothing to come of them.

This time, though, the idea has been put forward by Vladimir Putin. In mid-October he presented thoughts along these lines when he spoke at the Valdai Discussion Club in Sochi. A meeting like this was needed, the Russian president said, to conduct discussions that had already begun between the Syrian government and the opposition: "The process is underway, but it is moving forward only slowly and sluggishly. The parties to the conflict mistrust one another. I hope it will be possible to overcome this state of affairs."

This is precisely the aim of the Syria talks starting this week in the Kazakh capital Astana. The general assumption is that they will be very difficult indeed. Representatives of Russia, Iran, Turkey, the United States, the United Nations and Jordan have come together to try to end the fighting in the war-torn country. 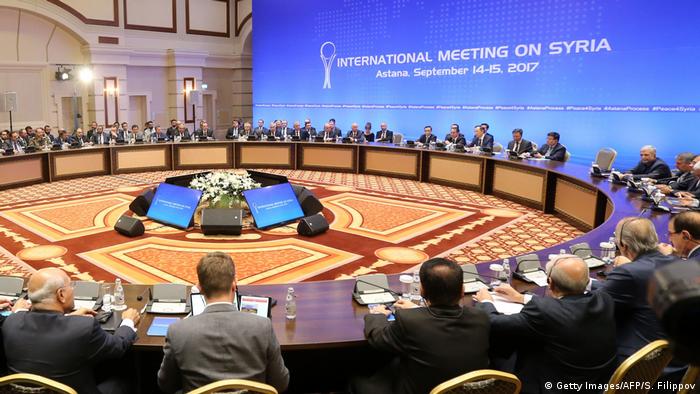 The role of de-escalation zones

The four de-escalation zones set up since May of this year offer one possibility for diminishing mistrust on both sides. They are located in Idlib in the northwest, in parts of the provinces of Hama and Homs, in the eastern suburbs of Damascus, and in the southern province of Daraa. They only work after a fashion, as there is no institutionalized power that could ensure agreements and accords really are honored; there are frequent violations in the form of fighting and violence.

Nonetheless, it seems none of the warring parties want to give up these zones. This is true at least of the government and the non-jihadist opposition. The religious extremist groups are excluded from the agreement in any case, as the main parties to the war do not consider them worthy negotiation partners.

Military attacks on these groups have been, and still are, correspondingly fierce. The IS-held city of Raqqa fell a few days ago. "There is reason to believe that we will have defeated the terrorists in the foreseeable future," Putin declared in Sochi – though not without the caveat that the jihadists were constantly renewing their troops and will continue to be a threat, at least in the medium term: "The threat for Syria, the region and the whole world has not disappeared – not at all. On the contrary, we must always be vigilant."

Taking stock of the fighting

The internationally recognized Syrian Observatory for Human Rights has now taken stock of the situation, two years after the start of the Russian intervention in Syria. The Russians, it says, have killed 4,461 members of the terrorist organization "Islamic State" (IS), and around 4,000 fighters for other groups, some of which are also jihadist.

At the same time, though, a great many civilians have also been killed in the fighting. According to the information published today by the Observatory, since the beginning of the intervention 1,449 children, 883 women and 3,631 men over the age of 18 have been killed. The deployment of an iron-aluminium mixture called thermite has also been particularly devastating. This substance is mixed in with cluster bombs; it burns for around three minutes, which is more than enough time to cause the most horrendous burns.

In the past four years, the Observatory says, the Syrian regime has flown more than 100,000 bombing attacks, in the course of which it has dropped, among others, 54,000 barrel bombs. Added to all this are the massacres perpetrated by the jihadists on the civilian population. 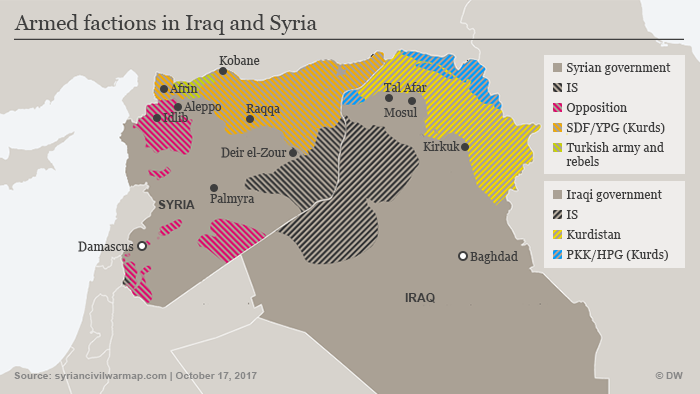 It will be correspondingly difficult to get the warring parties to sit down at the same table. Negotiations about the release of prisoners should also help to build trust. "This, along with the de-escalation zones, will be the main focus of our attention," Yehia Aridi, a member of the Syrian opposition, explained to the news agency dpa. These negotiations are also likely be very difficult.

In its commentary on Monday (30.10.2017), the newspaper Al-Araby Al-Jadeed talks about 11,000 prisoners it says have been tortured and killed. This figure, it says, is problematic both for Russia, the ally of the Assad regime, and for the ongoing attacks: "Russia knows how questionable its role as mediator is when fighting is still continuing in parts of the country."

And the parties to this war oppose each other not only in Syria, but also outside. Putin indicated in his speech in Sochi that talks with the United States on ending the conflict were apparently moving forward. It is likely to be harder to do something about the relationship between Israel and Iran, which is currently extremely tense. Israel accuses Iran of introducing the Shia Hezbollah militia, considered in Europe to be a terrorist organization, closer and closer to the Syrian border.

At the same time, according to reports in the Internet magazine Al-Monitor, which focuses on politics in the Middle East, the militia's arsenals are being moved deeper into the Syrian interior so that Israeli air force pilots are more at risk when attacking these depots. Israel is especially concerned that there could be unintended collisions with Russian air force planes. Israel is not represented in Astana, but this is another concern that Russian diplomats, who recently held intensive talks in Jerusalem, will have to bear in mind during the negotiations.

The participants at the conference in Astana face tough problems on a number of different levels. If they were to succeed in solving even a few of them, it would be a triumph of diplomacy.

US-backed Syrian militias say they have taken full control of Raqqa after four months of fighting. The city had served as the self-styled capital of the "Islamic State" terror group since 2014. (17.10.2017)

Benjamin Rich, a British national known for his YouTube travel blog, shot back at Russia's claim that he was arrested at the Baikonur Cosmodrome spaceport. Rich said he was only questioned for a few hours by authorities.