US-backed Syrian militias say they have taken full control of Raqqa after four months of fighting. The city had served as the self-styled capital of the "Islamic State" terror group since 2014. 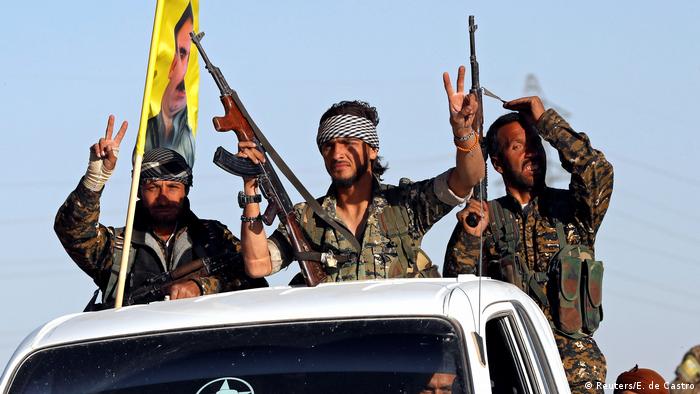 The US-backed Syrian Democratic Forces (SDF) battling "Islamic State" (IS) in Raqqa have flushed the last remaining militants from the city, a senior commander said Tuesday.

He added that the SDF was combing the city for any sleeper cells and mines.

A regional director for the UN's World Food Program described the liberation of the city as a "game changer."

"We're ready to assist the people as they leave Raqqa and once the situation in Raqqa has become secure enough for our teams to go there, definitely the World Food Program and its partners ... will make all the efforts to go to Raqqa and to give all the needed support to the people," World Food Program Middle East Director Muhannad Hadi said.

The final battles took place in and around Raqqa's hospital and stadium, where groups of IS militants had been holed up, refusing to surrender as they mounted a last stand. The hospital had served as a command center for the group, while the national stadium was a notorious prison and arms depot. 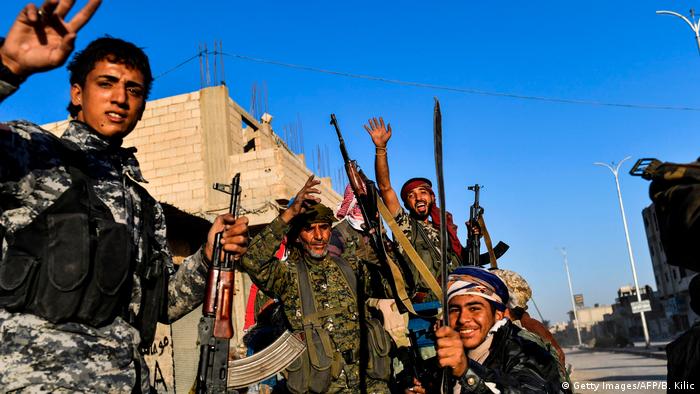 Earlier in the week, the SDF captured "Hell Square," Raqqa's infamous public square where IS militants used to perform executions.

The US coalition against IS said it still expected the SDF to hit pockets of resistance from about 100 fighters holed up in the city.

Spokesman for the US-led coalition, Colonel Ryan Dillon said on Tuesday that the SDF had seized the last IS strongholds in Raqqa but had not finished securing them. "We have not received official reporting to say Raqqa is cleared."

IS took control of Raqqa in 2014 when it kicked out Syrian rebels and al-Qaeda linked jihadists from the city. It became their de-facto capital as the extremist group rapidly advance across northern Syria and Iraq in 2014. Raqqa is believed to be where some of IS' foreign terror attacks were planned.

The SDF, an alliance of Kurdish and Arab militias backed by the US, has been fighting the militants inside the city since June.

They began their final assault on Sunday after a group of Syrian IS militants left the city under a deal with tribal elders, leaving only about 300 fighters to defend the last positions. Under the deal, several thousand civilians were also allowed to leave IS-held districts.

Witnesses quoted by news agencies said SDF fighters celebrated in the streets following the city's liberation on Tuesday, chanting slogans, hugging each other and waving flags, including the flag of the Kurdish YPG, one of the militias in the SDF.

The loss of Raqqa is seen as a huge blow to IS, which has lost significant chunks of territory over the past two years in Iraq and Syria.

After pushing IS out of Raqqa, the civilian administration will face a new challenge of governing and rebuilding.

Some 270,000 people have been displaced into refugee camps north of the city, large swaths of which were destroyed in fighting.

With a "hard core of foreign fighters," the notorious militant group has positioned itself for its last stand in Raqqa. The US-led coalition against "Islamic State" has rejected any negotiated withdrawal of militants. (11.10.2017)