The UN rights chief has received reports that "toxic agents" were used during the latest government offensive. The failure to end the deadly war "marks an epic failure of global diplomacy," the UN official said. 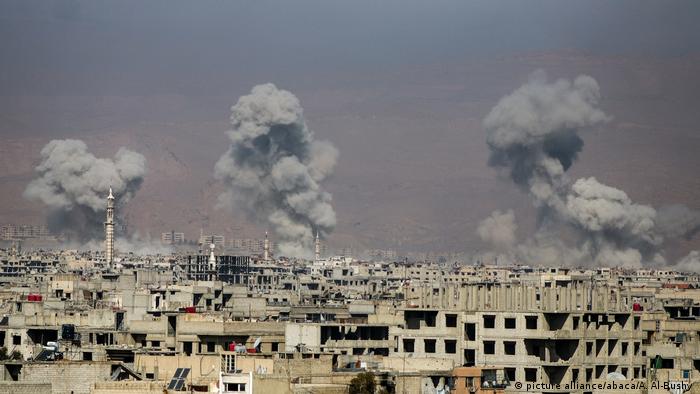 The UN's top human rights official on Saturday said 230 civilians were killed in the past week by a government offensive backed by Russian airstrikes, warning the attacks may constitute war crimes.

"The past week has been one of the bloodiest periods of the entire conflict, with wave after wave of deadly airstrikes leading to civilian casualties in areas of Eastern Ghouta and Idlib," said Zeid Ra'ad al-Hussein, the UN high commissioner for human rights.

The UN rights chief said his office received reports, including video footage, that "toxic agents" may have been released in the wake of at least one attack in the city of Saraqeb. Russian-backed airstrikes also hit "at least nine medical facilities," he said, citing additional reports.

"After seven years of paralysis in the [UN] Security Council, the situation in Syria is crying out to be referred to the International Criminal Court, as well as for a much more concerted effort by states to bring peace," al-Hussein added. 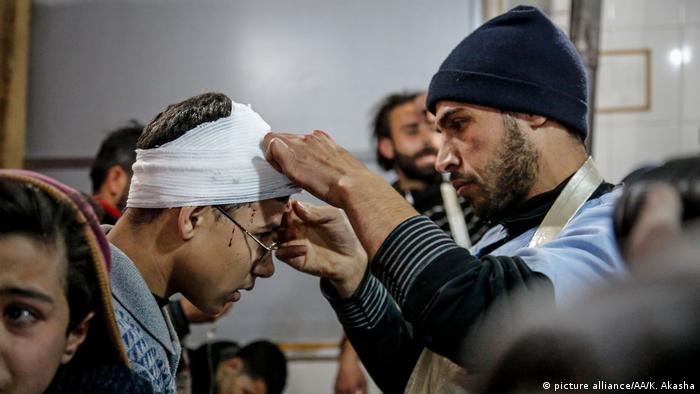 Last week, the UN urged the Security Council to establish an immediate ceasefire across the country in order to deliver much-needed humanitarian aid to besieged areas.

However, Vassily Nebenzia, Russia's ambassador to the UN, on Thursday said it was "not realistic" to implement a nationwide ceasefire. "We would like to see a ceasefire, the end of war in Syria, but the terrorists, I'm not sure they are in agreement," said Nebenzia.

Read more: Are the US and Russia inching toward confrontation in Syria?

The Security Council is expected to begin voting on the draft resolution calling for an immediate end to all sieges in Syria, including in Eastern Ghouta near Damascus, considered the last bastion of rebels who oppose Syrian President Bashar al-Assad's government.

More than 300,000 people have been killed and millions more displaced since the Syrian conflict erupted in 2011, when government forces launched a deadly crackdown on peaceful protesters calling for Assad to step down.

Since then, the conflict has transformed into a multi-front war involving neighboring countries, non-state actors and global powers, including Russia and the US.

"The conduct and management of this war has been utterly shameful from the outset, and the failure to end it marks an epic failure of global diplomacy," al-Hussein said Saturday.