Are US and Russia inching toward confrontation in Syria?

The downing of a Syrian military plane by a US fighter jet is the latest - and perhaps most serious - sign of a stepped-up US military role in the war. That could put the United States on a collision course with Russia. 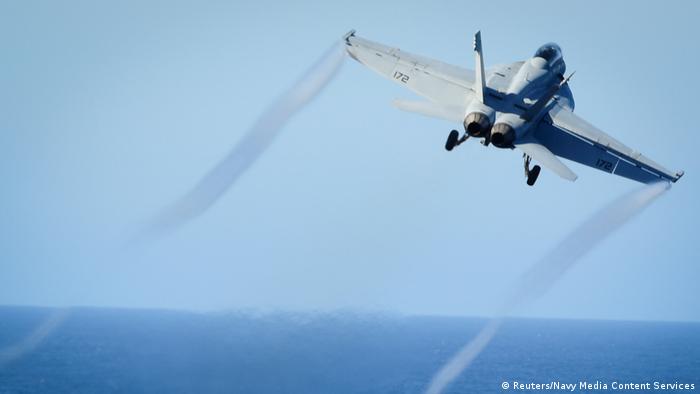 When a US Navy F/A-18E Super Hornet shot down a Russian-made Syrian SU-22 warplane after it reportedly attacked US-supported fighters near the embattled city of Raqqa, it did not take long for Moscow to respond to what it viewed as an "aggression" against Syrian government forces, which the Kremlin backs.

Russia, Iran and Turkey have agreed on the establishment of "deescalation" zones in Syria. It may be a step in the right direction, but it doesn’t mark a turning point in the Syria conflict, says Loay Mudhoon. (11.05.2017)

Russia threatens to target US warplanes west of Euphrates

Russia has threatened to shoot down any coalition jets flying west of the Euphrates after the US shot down a Syrian warplane. Meanwhile Iran has launched a ballistic missile attack in support of Syria. (20.06.2017)

Russian officials not only suspended the so-called deconfliction channel with the United States that was set up to avoid potential military incidents between the two countries, but also said the military would shoot down any foreign aircraft west of the Euphrates River, which they consider the Kremlin's area of operations.

Yezid Sayigh, a senior fellow with the Carnegie Middle East Center, said the key question about the latest incident was why Syria's government would even deploy a fighter jet over Raqqa, which it has not done for years.

"My assessment is that the Assad regime is testing and probing the US 'red lines' there and in the badia - i.e., the southeast desert areas - and the US is simply asserting that red line, no more," Sayigh wrote in an email.

The incident put a spotlight on the intensifying proxy war in Syria between forces backed by Russia and those supported by the United States, a conflict that has the potential to increasingly pit the two countries directly against each other in the battle over the future of Syria.

Prior to shooting down the warplane, US forces had struck pro-government soldiers three times in recent weeks to counter what officials said were attacks on US-backed troops in the country.

The US has recently ramped up military support for allied groups in Syria in an effort drive the so-called "Islamic State" (IS) out of the city of Raqqa, considered to be the group's last stronghold in the country. 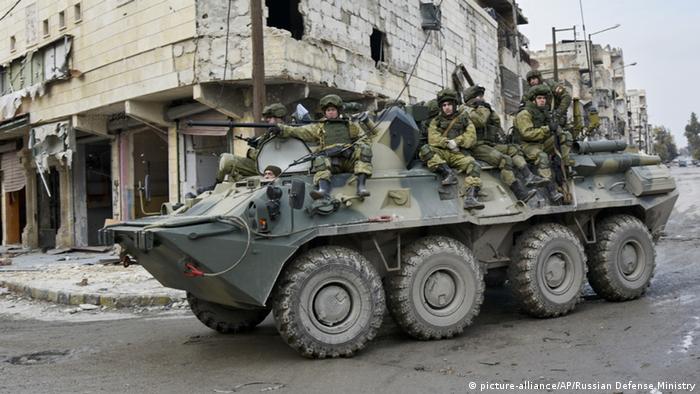 "The risks of escalation and of direct confrontation and more direct conflict between the United States and Russia have increased, and some might even say there are fait accompli since the number of incidents has increased," saidJonathan Stevenson, a former National Security Council director for political-military affairs, Middle East and North Africa, in the Obama White House.

"It's a very dangerous situation," said Iwan Morgan, professor of US studies at University College London. "The chances of confrontation have risen significantly."

Though there is an increased risk for direct confrontation, both Stevenson and Morgan said neither the United States nor Russia had any interest in letting the situation further escalate.

US officials likely want to avoid seeing things spiral to a point that ultimately could require a bigger ground troop deployment in Syria than intended, said Stevenson, who is currently a senior fellow with the International Institute for Strategic Studies.

No interest in confrontation

Russia should also be wary of any further escalation, Stevenson said, as that could push its military into a situation in which its forces are overstretched in such a way that they would not be able match the capabilities of the United States - "essentially having a bluff called."

Morgan pointed out that, although neither the United States nor Russia has an interest in confrontation, "of course you could say that about many conflicts in history which then reach a certain point and then boil over."

He added that he was also worried about a possible confrontation between the United States and Iran, which has been the Syrian government's other key backer. 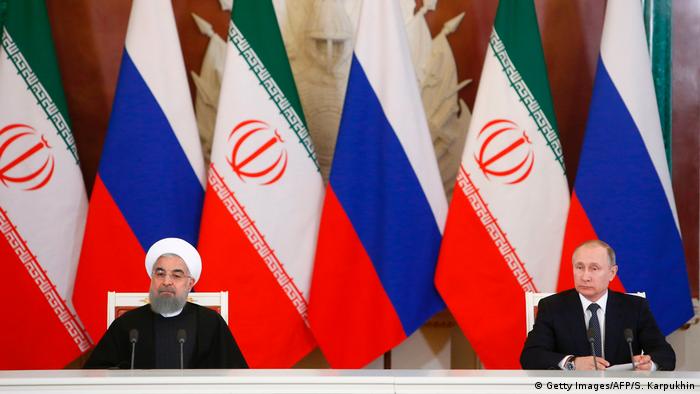 In May, in an incident that received comparatively little attention, US fighter jets struck Shiite forces that had ventured too close to US troops along Syria's border with Iraq.

The scholars agreed that, though a broader US strategy - one that goes beyond the current counterterrorism operation against IS - is difficult to discern, regime change, at least for the moment, is not on Washington's agenda.

But, Stevenson said, further hostilities between Russia and the United States - whether intentional or accidental - should not come as a surprise, especially if the use of the deconfliction channel becomes more sporadic and the US incrementally increases its operations in support of opposition forces.