Israel has struck what it referred to as Iranian targets inside Syria in "large-scale" raids. The operations come after an Israeli warplane crashed under fire from Syrian air defenses. 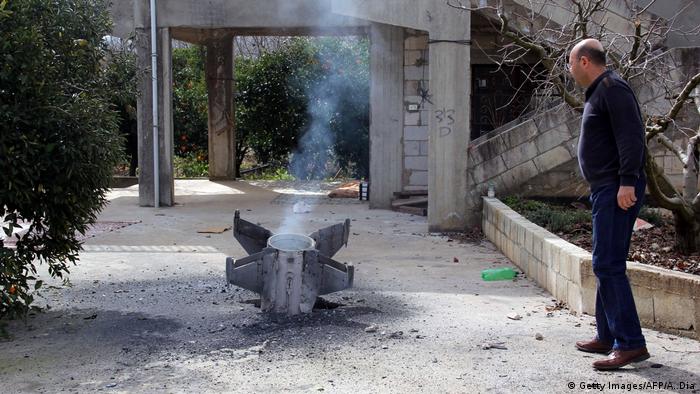 The remains of a missile that landed in the southern Lebanese village of Kaoukaba, near the border with Syria, after Israel's military attacked 12 targets inside Syria

Israel's raids came after it had intercepted what it said was an Iranian drone entering its airspace from Syria, which it labeled an "attack." The incident marked the first occasion that Israel has publicly acknowledged attacking what it identified as Iranian targets in Syria since the conflict started.

"Twelve targets, including three aerial defense batteries and four Iranian targets that are part of Iran's military establishment in Syria were attacked," a military statement said. Israeli military spokesman Jonathan Conricus sent a warning to Syria and Iran, saying they were "playing with fire," while he stressed that his country was not seeking an escalation. 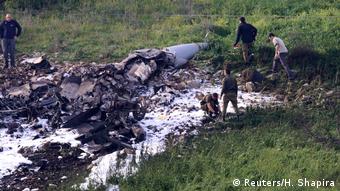 The remains of the Israeli F-16 war plane, which allegedly was hit by Syrian fire

"This is the most blatant and severe Iranian violation of Israeli sovereignty in the last years," Conricus told journalists. The ongoing confrontations are seen as the most serious between archenemies Israel and Iran since the beginning of the Syrian civil war in 2011.

The Syrian military and its allies deny that the unmanned drone had violated the Jewish state's airspace, saying it was on a regular mission gathering intelligence on "Islamic State" (IS) militants.

During the confrontations, an Israeli F-16 fighter jet was hit, presumably by Syrian fire, resulting in the plane crashing over Israeli soil. An Israeli official told the Reuters news agency that the jet was shot down. The two pilots involved survived the crash and are being treated for injuries.

United Nations Secretary-General Antonio Guterres called on all parties to "exercise restraint" and work towards "an immediate and unconditional de-escalation of violence."

In a statement, he stressed that the Syrian people are suffering "through one of the most violent periods in nearly seven years of conflict."

"They discussed the situation around the actions of the Israeli air force, which carried out missile strikes on targets in Syria," Interfax said, stressing that Putin told Netanyahu that there was a need to avoid any steps that would lead to a new confrontation in the region. 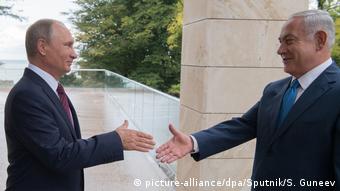 Russia's Foreign Ministry also called for "restraint" from all parties, adding it was "unacceptable to create threats to the lives and security of Russian soldiers" in Syria.

In a statement Saturday, the ministry said, "Of particular concern is the danger of escalation of tension within and around de-escalation zones in Syria, the creation of which has become an important factor in reducing violence on Syrian soil.

"We consider it necessary to unconditionally respect the sovereignty and territorial integrity of Syria and other countries of the region. It is absolutely unacceptable to create threats to the lives and security of Russian servicemen who are in Syria at the invitation of its legitimate government to assist in the fight against terrorists," the ministry said.

Netanyahu is seeking to persuade Russia to limit Iran's presence near Israel and to stop it from entrenching itself militarily in Syria.

Israeli air operations over Syria were reported on several occasions in the past six months; however, the current operations represent the greatest involvement of the Israeli military in the Syrian conflict to date.

Iran, meanwhile, denounced the news of successful Israeli strikes as "lies" and said Syria had the right to self-defense in response to Israeli strikes.

Iranian Foreign Ministry spokesman Bahram Ghasemi said in order "to cover their crimes in the region, Israeli officials are resorting to lies against other countries." Ghasemi added that "Iran does not have a military presence in Syria, and has only sent military advisers at the request of the Syrian government." 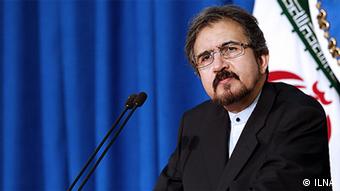 Iran also issued a joint statement alongside the Syrian regime's allies – Russia and Lebanese militant group Hezbollah – denying the allegations regarding the drone.

Hezbollah hailed Syria's response to Israel's attack on the alleged Iranian and Syrian bases in Syria in a separate statement, saying it signaled "a new strategic phase" that would put an end to the violation of Syrian territories. The militant group also said that the developments meant "a decisive end to old arrangements."

Hezbollah has sent thousands of fighters to back the troops of Syrian President Bashar al-Assad.

US expresses support of Israel

The United States meanwhile expressed its backing of Israel for its air strikes on Syrian soil.

"The United States is deeply concerned about today's escalation of violence over Israel's border and strongly supports Israel's sovereign right to defend itself," State Department spokeswoman Heather Nauert said in a statement.

"The US continues to push back on the totality of Iran's malign activities in the region and calls for an end to Iranian behavior that threatens peace and stability."

Israel remains technically at war with Syria and occupies the strategic Golan Heights that it seized in the Six-Day War of 1967 and later annexed. The move has never been recognized by the international community. 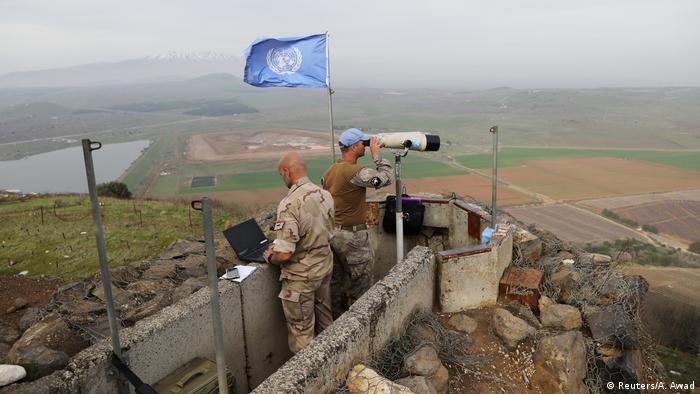 The Golan Heights remain as disputed territory between Israel and Syria