Can tourism save wolves in Germany?

Apex predators can be difficult neighbors. But a new approach being taken in Germany could offset the economic damage they can cause while increasing acceptance of their renewed presence in the country. 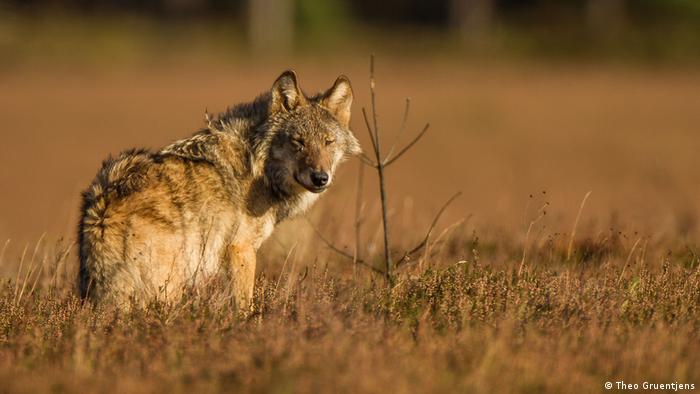 The return of wolves to Germany is often presented as a two-sided debate: It's a battle between the natural rights of wolves to inhabit what was historically their homeland and the economic damage they inflict on farmers.

The benefits of having an apex predator roam the forests in population-dense Germany are abstract when compared to the tangible livestock deaths they cause and the palpable fear they can evoke. And, as with so many controversial environmental topics, the economic argument tends to win out.

But a third voice is now gaining traction in this debate, and that is tourism. Wolves present a new opportunity for nature tourists in Germany and a way to offset the financial hit to farmers. 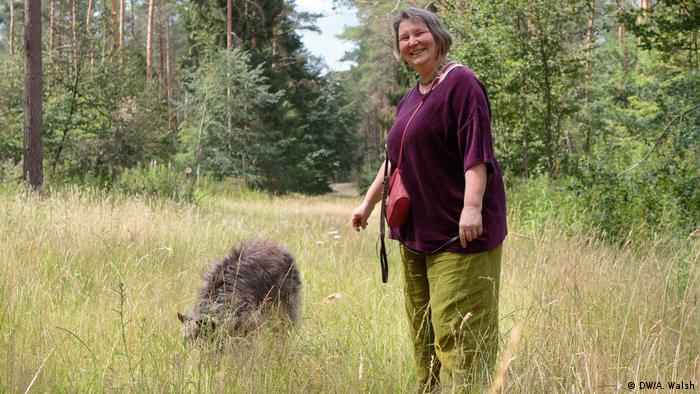 Barbara Kenner and her husband Kenny have enjoyed a surge in business thanks to the return of the canines to the forests of Lower Saxony. They run an organic hotel and guesthouse in the remote northeast of the state. They have turned their business into a hub for wolf tourism in the area and a sort of embassy for conservation.

In the early 2000s, about 150 years after being eradicated from Germany, wolves returned to eastern Germany's Lusatia region, which straddles the states of Brandenburg and Saxony. Anticipating their expansion westwards, Kenny traveled to the region in the 2000s to study wolf-tracking and become one of Germany's official wolf advisers (they advise people, not wolves).

Now, his own region is home to several wolf packs. The Kenners take paying guests on regular tours of the nearby forests to find traces of wolves, and if they're very lucky, to occasionally see them.

One of their most successful offerings has been weeklong, wolf-themed family packages, where children are looked after in a sort of wolf-pack-style child care, while the parents embark on wolf-tracking sessions. In its first year, the tour was awarded a Golden Palm, a German honor that bills itself as the "Oscar of the travel industry." The hotel offers other similar packages, but the wolf-themed week is consistently the most popular.

"My husband was quite convinced that the parents would be very afraid and wouldn't be interested in doing things like that. But it's the opposite," Barbara said. She feels that the fascination people feel about wolves is stronger than the fears they hold. 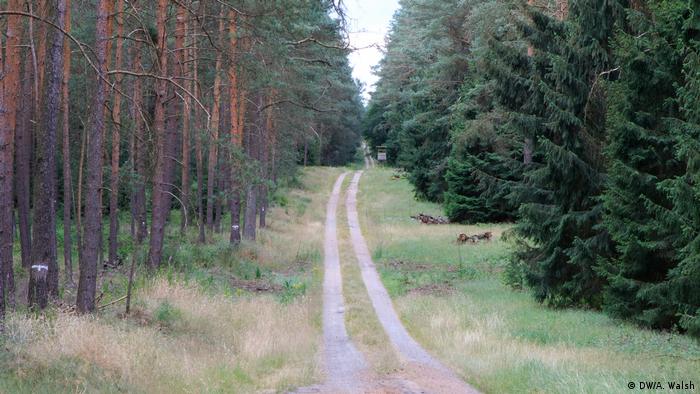 Twelve-year-old Bjarne, a repeat guest, is staying at the hotel with his family. He says he enjoys going out into the forest and the evening lectures. "I was here last year and I know a bit about wolves. I like how they look, and I like their behavior, and how they live in a pack. I really admire them. I don't understand why they were wiped out."

But the Kenners' success has attracted the attention of Germany's vocal anti-wolf lobby. They are the frequent target of hateful comments and their online sites have been attacked in coordinated fake-review raids. Troublemakers have even inserted themselves into the wolf tours to try and provoke the couple.

The Lower Saxony tourism board was also skeptical when approached by DW. Instead of promoting wolves as a potential source of income, they directed queries toward an anti-wolf initiative run by "concerned citizens" in nearby East Frisia.

"There are some people who are quite aggressive, because they feel that my husband is responsible for the wolves' taking over," Barbara says. "But my husband is very tolerant. He says, come along and just form your own opinion."

Another approach that has enjoyed growing success in the region comes from the non-profit Biosphere Expeditions, an international conservation NGO. Clients from around the world pay to join a research expedition and help collect vital field data.

The amateur scientists meet with researchers and are trained up on the basics of tracking wolves. They then go into the field to do the labor-intensive work of collecting samples and data about the animals. 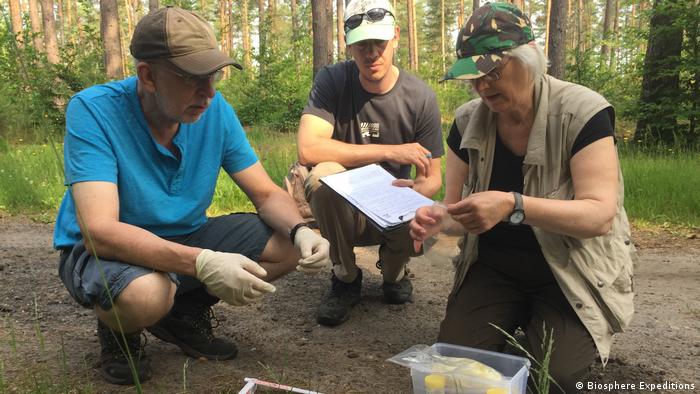 At least two-thirds of the fee is funneled directly into the project and the annual expeditions yield vital research on the movement of wolves.

The 2018 expedition doubled the official state wolf-scat monitoring database, revealing the presence of new wolves and the introduction of a new wolf pack, as well as yielding insights into the animals' diet in the area —  for example, no trace of eaten livestock was found in the scat (feces).

Despite his success, founder Dr. Matthias Hammer has also faced a backlash from anti-wolf campaigners. But he sees tourism and particularly citizen-science tourism as an opportunity to protect the wolves.

The growing popularity of the expeditions "shows that being a wolf country not only brings challenges, but also opportunities," Hammer says.

"The conversation is dominated by the naysayers and NIMBIs, by those who are anti-wolf and see only dangers instead of opportunities. This has been driven by farmers, livestock owners and hunters. Sadly, politicians have jumped on the bandwagon in search for votes and in doing so abandoned reason for populism," Hammer told DW. 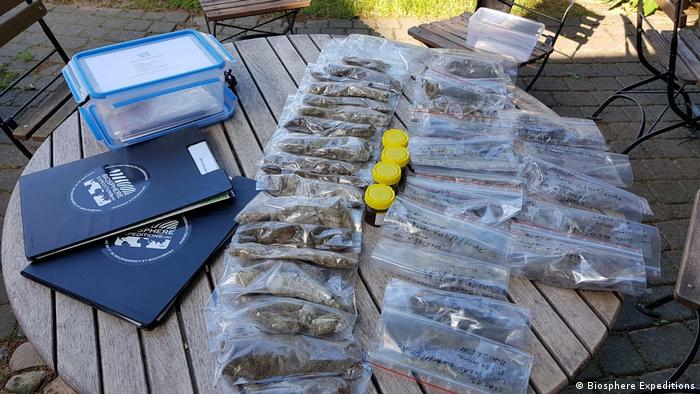 Germany's far-right Alternative for Germany (AfD) party, for example, has seized upon the wolves as a political wedge. The eastern states where wolves have taken hold are plagued with economic, societal and structural problems, but the AfD has campaigned on the topic of the animals' return, using rhetoric similar to that it employs to rail against immigrants.

And the wolves do cause damage, particularly for farmers, who often find their unprotected sheep and calves are easy targets for the wolves.

It can be labor-intensive and expensive to properly protect livestock, by building fences, or by acquiring, training and maintaining guard dogs. Farmers are fully compensated for constructing fences, and are also compensated if a wolf takes a sheep, but the latter process is bureaucratic and slow, often involving DNA testing. And when they do get a payout, the compensation can fall well short of the future potential value of the animal.

Farmers feel as if they shoulder an unfair, thankless burden, completely ignored by inner-city, latte-sipping greenies. This feeling can only be reinforced by the fact that the German word for predator, "Raubtier," comes from the word "robbery."

Even some hikers, who usually tend to appreciate nature, oppose the reintroduction of the wolves. The Schwarzwaldverein, or "Black Forest Association," Germany's oldest hiking and mountaineering club, has called for wolf-free zones in some areas. They argue that farmers will otherwise be forced to introduce electric fences or shut down, limiting the regions' touristic charm.

"If grazing in the countryside decreases because more and more farmers stop working, the Black Forest will lose its appeal," the Schwarzwaldverein's Georg Keller said in a position paper. "The attractiveness of the hiking region will suffer from the retreat of agriculture and the disappearance of animals and plants linked to the cultural landscape."

For those who prefer their wolves in a controlled environment, the Wolf Center near Bremen allows visitors close access to wolf enclosures.

The educational sanctuary advocates open discussion about wolves in Germany. It has a particular focus on conflict management for farmers whose flocks are threatened by the animals, organizing lectures and workshops.

For tourists, it presents a chance to learn about wolves at first hand.

Oliver Borrmann was traveling with his wife and three young daughters through northern Germany when they visited the Wolf Center. He said the center was able to give his children a new perspective on wolves and bring them closer to nature.

"The children knew about wolves only from Grimms' Fairy Tales ... dressing as a grandmother and eating the kids. When we visited the Wolf Center there were actually wolves howling just 2 meters (2.2 yards) in front of us. They really see natural wolves and not just in the picture books." 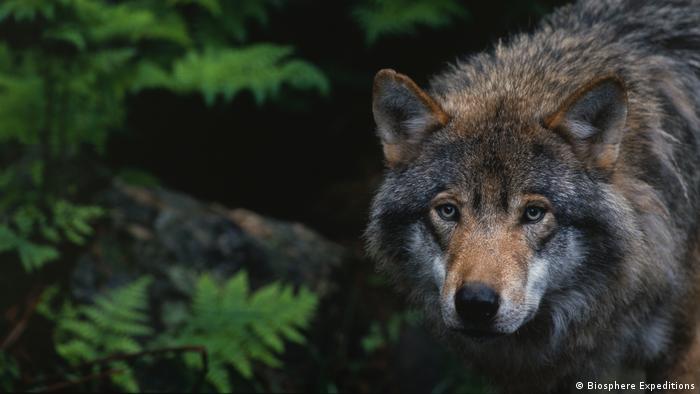 Getting the public on board

"Environmental education plays a central role here. Through environmental education, acceptance can be created and the wolf species can be approached as a topic of study. After all, nature conservation can only be successful if it is possible to bring nature closer to people," spokesman Philip Foth told DW.

For hotelier Kenner, wolves belong in Germany, and it is up to humans to learn to live with them.

"Life isn't safe. And it's OK that it isn't safe. But how much danger can we live with? Can we accept that dangerous animals are in the woods? Or does it frighten us?"

A lone female wolf has prompted North Rhine-Westphalia to offer support for farmers in the area. Since their reintroduction in 2000, wolf populations are growing throughout Germany, though this is bad news for some. (01.10.2018)