Until 20 years ago, wolves had been wiped out in Germany. The population is growing again. When can farmers shoot them? And how can they be protected? The government has come up with new rules. 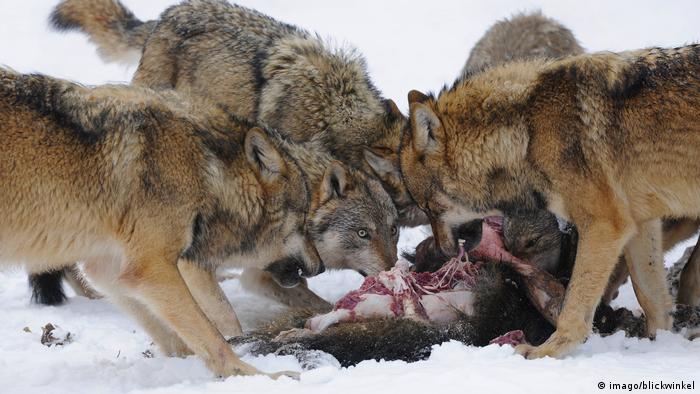 The German cabinet on Wednesday approved a controversial bill paving the way for farmers to shoot more protected wolves.

The bill was passed following a year-long debate between Environment Minister Svenja Schulze and Agriculture Minister Julia Klöckner over how to balance the interests of wolf protection and addressing farmers' complaints.

The compromise will "enable the co-existence of wolves and animal husbandry in Germany," Schulze said. "Where there is a problem, we are addressing it. And where there is none, the protection of animals will continue."

The Federal Association of Shepherds welcomed the move, but environmental organizations voiced criticism.

What does the bill allow?

If passed through parliament, the bill will allow wolves to be shot if they cause "serious damage" to livestock farmers.

Previously, the livelihood of farmers had to be threatened in order to receive approval to shoot wolves.

Among other things, the draft stipulates that wolves may be shot after an attack on a farming animal, even if it is not clear which animal carried out the attack.

The culling can continue until there are no further attacks. This means that a whole wolf pack could be shot.

However, state authorities must approve each shooting on an individual basis.

Also allowed to be shot are hybrids of wolf and dog. The feeding and luring of wolves is also expressly forbidden, because this could encourage them to get used to humans.

Klöckner had advocated for the establishment of wolf-free zones, but Schulze refused the idea on the grounds that it would be contrary to German, European and international animal protection laws.

The environmental organization BUND criticized the bill as an "assault on animal protection rights."

BUND expert Olaf Bandt expressed concern that a single suspected wolf attack on an animal will enable the killing of an entire pack.

He also warned that provisions of the bill open a "backdoor" for weakening the protection of other wildlife such as kingfisher, cranes and otters.

Wolves were hunted and driven out of Germany decades ago, but have made a comeback in recent years. There are about 400 wolves in Germany, according to the Environment Ministry. Most are spread across the east and north of the country.

Wolves carried out almost 500 attacks on livestock across Germany in 2017, according to fresh data. Some are calling for the predators to have their protection status lowered. (16.02.2019)