In fairy tales and the arts, wolves are usually depicted as the bad guys, as an exhibition in Cologne shows. Wolf researcher Peter Sürth hopes that people's attitude towards the wild animals will change.

For years, Peter Sürth studied the behavior of wolves, brown bears and lynxes in Romania. In 2004, he launched the "Wolves' path" project — expeditions in the wild where he passes on what he has learned about wildlife. The biologist and researcher gives talks on wolves and workshops in schools and is a sought-after expert for film projects about wild animals.

Peter Sürth spoke to DW about the return of the wolves to Germany, people's fears and the chance for peaceful coexistence.

DW: How many wolves currently live in Germany?

Peter Sürth: At last count, there were 73 packs, about 800 to 1,000 animals altogether — and their number is sure to rise. Wolves can travel over thousands of kilometers. I assume that all large forest areas in Germany will eventually be populated by wolves, and other areas, too. Almost all of the federal states will be affected. Wolves might show up on the fringes of cities if, from their point of view, they can't find an adequate space in their immediate surroundings. 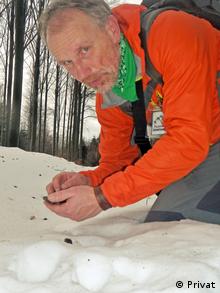 Why do wolves have such a bad reputation? Are we all still influenced by fairy tales like Little Red Riding Hood?

Even back in the Middle Ages, wolves had a very negative image. In addition, the wolf is a large predator; many people are afraid of them. The animals were wiped out in Germany and other countries long ago, so people are not used to dealing with them.

There have been reports of a wolf walking by a kindergarten or passing a bus stop. That frightens people. Are these fears justified? Are wolves a threat to humans?

It depends on what you mean by "dangerous." Of course, it's not risk-free. But if you look at the statistics, you can't say wolves are a danger to people. Traffic and even we humans are much more of a threat to mankind than all wolves lumped together. All the same, there have been incidents in the past where a wolf attacked a person, though always in a certain framework. You can't say "wolves are aggressive and attack people." That is simply a false image. 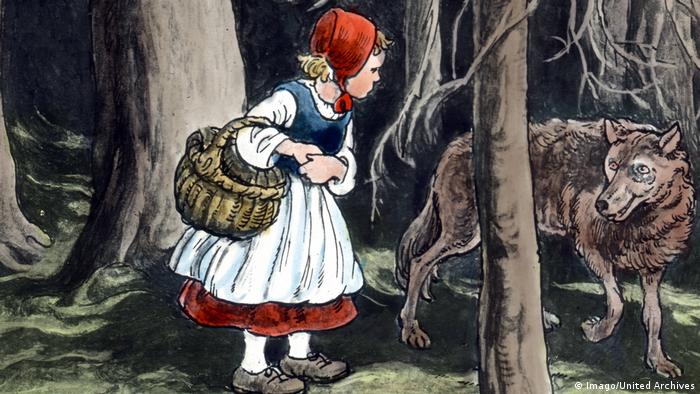 You mentioned a certain framework — what situations have provoked attacks in the past?

For instance when people feed wolves regularly, and the animals develop a social relationship with the person. Or when people say: "I'll just walk on over and give it a friendly look." That can easily escalate. But from a wolf's point of view, people are not prey, they are an equal albeit difficult partner who shares their space, and can be unpredictable.

Are wolves afraid of people?

They are respectful, but that doesn't mean a wolf will flee a soon as he sees a person, because wolves are individuals just like we are, and they will assess situations differently depending on their experience and their age.

In Central Europe, a pack has a territory of about 200 to 300 square kilometers. Wolves are used to people running around all over their territory, and they come to terms with the situation. Sitting in the bushes 20 meters from a road, a wolf can wait for a group of hikers to pass without being noticed. Or he can decide, "they won't hurt me anyway, so I'll just go ahead and scurry to the other side."

Citizen's groups and hunters demand permits to shoot them all the same. Are they likely to be successful?

Whether a wolf is shot is a purely political decision, for instance if a wolf poses an incalculable threat — once a wolf approached people and begged for food — or if a wolf repeatedly overcomes protective hurdles. In that case the ministry in charge can decide that this individual wolf can be shot dead.

What can we learn from countries like Romania, Spain, Italy and Poland, where wolves have long become part of everyday life?

Wolves are just another wild animal we share our environment with. People in the countries you mentioned take a relaxed approach. They go hiking, ride bicycles and go about other outdoor activities. Experience from these countries has shown that we should not indulge the animals, feed or pet them, take pictures or other nonsense.

What do you find fascinating about wolves?

History looks back at thousands of years of conflict and coexistence between wolves and humans. I find it particularly fascinating that wolves live in social systems that are similar to those of humans. Of course there are various conflicts, and they shouldn't be sugarcoated.

Mankind has repeatedly annihilated wild animals in the past, and yet we still tend to think: here's an animal that bothers us, it needs to go so we can live in peace. That's the wrong attitude. We should rather be shaping our coexistence. After all, we inhabit this world together.

Researchers have found 60 packs of wolves living across Germany. That's 13 more than last year. The news is likely to frustrate some farmers who believe the predators are dangerous and attack livestock. (23.11.2017)

The wolf in myths and fairy tales

In mythology and fairy tales, wolves are usually depicted as the bad guys: mean, crafty and out to kill. An exhibition at the Cologne Wallraf Richartz Museum presents the wolf in art. (01.02.2019)