Wolves carried out almost 500 attacks on livestock across Germany in 2017, according to fresh data. Some are calling for the predators to have their protection status lowered. 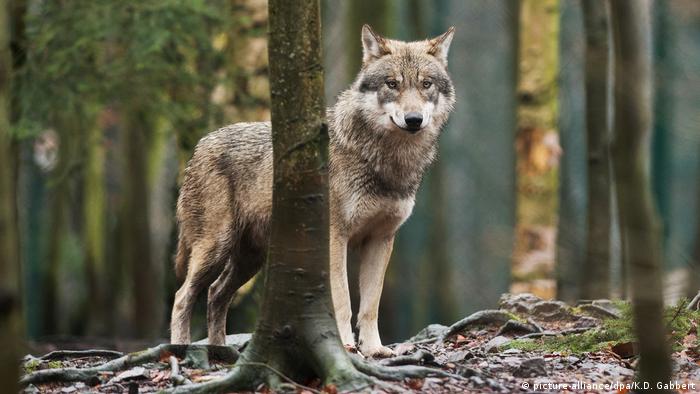 The number of wolf attacks on livestock in Germany is growing, with more than 1,667 sheep and other farm animals killed, injured or going missing in 2017.

Germany's federal documentation center, DBBW, said attacks on livestock by wolves increased by some 66 percent in 2017 compared with the year before, with 472 cases registered.

Most of the farm animals killed were sheep, which are a favorite prey of wolves when the opportunity presents itself.

The report concludes that the only way to alleviate the problem was "to comprehensively protect sheep and goats in areas where wolves live."

The way farm animals are kept "must be adapted to cope with the renewed presence of wolves," the report said. "In areas where the wolf has survived down to the present day, herds are watched over by shepherds and dogs as they always have been, and are kept in pens overnight."

It said that most attacks occurred where wolves were looking for new territory and farmers had not yet put in place appropriate protective measures.

German Agriculture Minister Julia Klöckner told daily Neue Osnabrücker Zeitung, which had first published the figures, that she was in favor of "a moderate regulation of [wolf] numbers" by allowing some animals to be shot. Her remarks echo a paper passed by the conservative CDU and CSU parliamentary parties in November that called for the protection status of wolves to be lowered so as to permit them to be hunted when numbers exceeded certain limits.

Under current German law, individual animals may be shot only if they display behavioral problems.

However, the documentation center's report said shooting wolves would provide only a short-term solution in emergency situations.

Wolves were hunted to extinction in Germany some 150 years ago, but have been reintroduced to several areas in recent years. Most live in the states of Brandenburg, Saxony, Saxony-Anhalt and Lower Saxony.

According to the Federal Agency for Nature Conservation (BfN), there were 73 wolf packs, 30 pairs of wolves and several individual animals living in Germany in 2017/2018. That is an increase of 13 in the number of packs and nine in the number of pairs compared with the previous documentary period.