Germans divided over return of the wolves | Environment | All topics from climate change to conservation | DW | 31.08.2017

Wolves have been making a comeback, with a few dozen packs already roaming Germany's forests. But the return of a predator feared since ancient times has the human population fiercely divided. 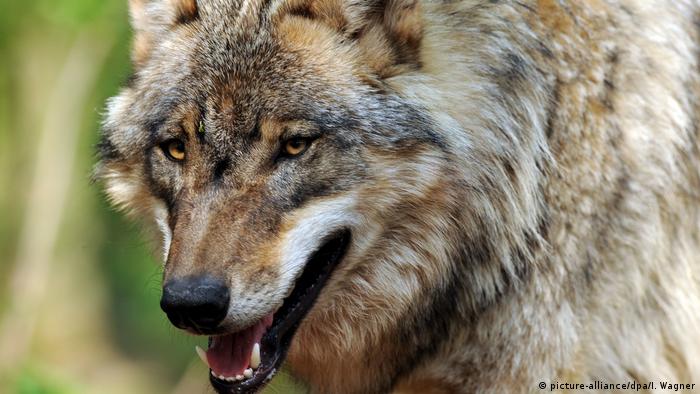 Holger Benning visits his flocks of sheep at least once a day. He checks the electric fences are working and brings food for his 17 guard dogs. Both are there to protect his livestock from wolves.

The predators returned to Lüneburg Heath in Lower Saxony, between Hannover and Hamburg, 10 years ago.

"Wolves do kill sheep, goats or other farm animals around here from time to time," Benning tells DW. But he's convinced that with the right precautions, the risk "is very small."

But not everyone has been so lucky. Wolves have killed more than 600 farm animals in the region - mainly sheep, but also cows and farm deer. 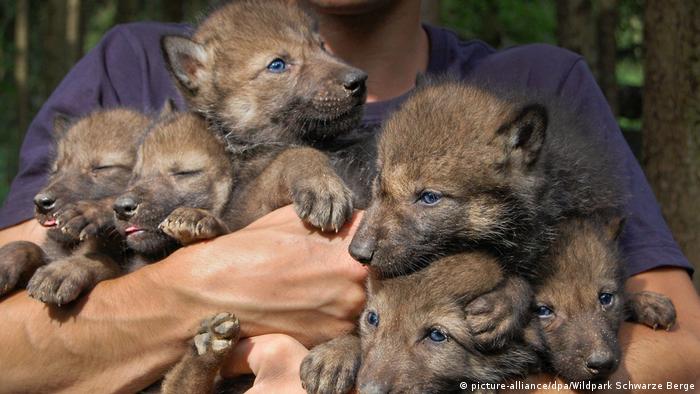 Wild wolves were eradicated from Germany at the end of the 19th century. But in the late 20th century, conservation efforts saw populations in neighboring Poland expand, and gradually move west in search of new territory.

By 2000 they had crossed the border and the first wild wolf pups for more than a century were born in Germany. From the eastern states of Saxony and Brandenburg, they pushed on into other parts of the country's north, and even the outskirts of Berlin.

By the end of 2016, at least 47 packs and 21 pairs were officially documented in Germany's woodlands, about 130 adult wolves in total, according to the German wolf documentation and consultation office (DBBW).

Lüneburg Heath has nine packs, comprising around 80 animals, including pups.

"A few years ago, they said the likelihood of encountering a wolf was like winning the lottery," Benning says. "That means I have already won the lottery five times."

And even when the wolves themselves stay hidden, the shepherd often finds their traces - tracks and scat - around his sheep pastures. "They are definitely around," he says. 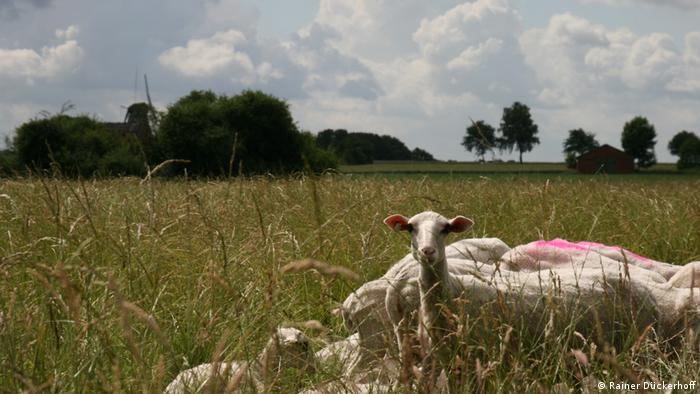 Nature lovers and conservation societies like the German Nature and Biodiversity Conservation Union (NABU) are thrilled Germany's wolves have bounced back from extinction.

"It is one of the biggest successes from a nature conservation point of view," according to NABU.

Yet even NABU admits their return is controversial.

"Wolves belong here and I think it is a good thing that they are back," says NABU's Peter Schütte. "But I know that it can cause problems in such densely populated areas like we have in Germany."

Schütte heads a NABU project to help farmers protect their herds, for example by erecting fences.

"There are solutions to make coexistence between humans and wolves possible," he says.

However, dogs and fences mean extra work for the farmers - and cost money.

Public support is available to help farmers protect their livestock, as is compensation when a farm animal is killed by wolves. But Benning says he is still out of pocket.

"I have to put up with an income loss of 20,000 euros ($22,800) each year," he says. "I cannot make my lamb more expensive or the customers will go to the next supermarket and buy New Zealand lamb which is already cheaper than what we can produce." 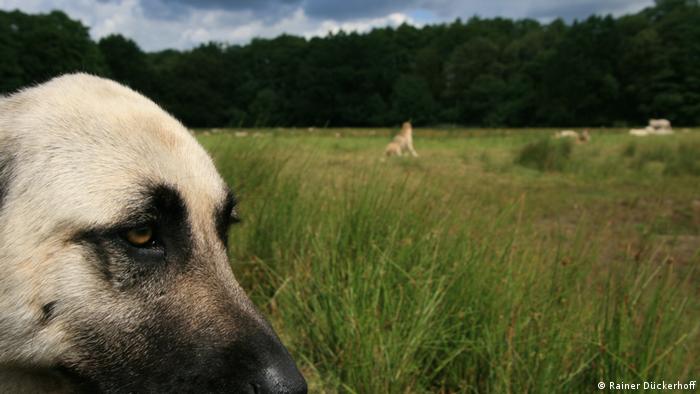 Guard dogs are effective against wolves, but constitute an extra expense for farmers

'It's getting out of hand'

Wolves are strictly protected under German law. But there are plenty of people in Lüneburg Heath who think it's time to start shooting them.

Sonja Christiansen, a horse breeder, says culling wolves when they become too numerous should be permitted.

"I think it is too dangerous to have wolves around," she says. "It's getting out of hand. It started with two wolves, now nobody even knows exactly how many we have."

Christiansen is afraid the wolves could kill her foals or stud - or just frighten the animals so they bolt and hurt themselves.

"Wolves do not fit into our civilization any longer," she said, adding that her fear of wolves means she no longer enjoys walking in the countryside.

Sheds instead of pasture 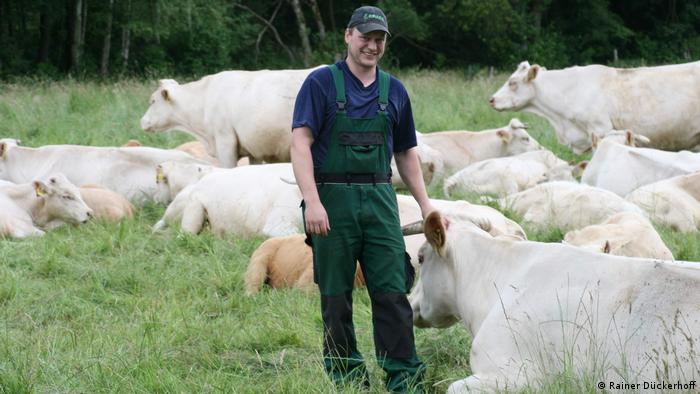 "There is nothing to be said against a few wolves in the area," he told DW, "but not in huge numbers. We are too densely populated for that."

Meine says he knows of cattle farmers whose calves, and even adult animals, have been killed by wolves, and now keep the animals inside.

"Keeping animals outside on pastures won't be possible in the future if wolves continue to thrive in this area," Meine says.

With NABU's support, Meine is about to erect a 1.5-meter wolf-proof electric fence around his pasture. "I just hope that this will help," he says.

To protect the wolves or kill them? It's a question that divides the region, and has even become a hot topic in regional election campaigns. 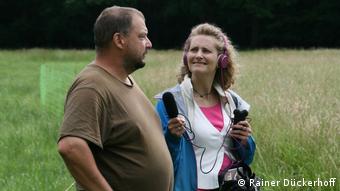 Holger Benning does his best to protect his sheep

Some people now light warning fires whenever they spot a wolf to raise awareness of what they see as a lurking danger.

"In the Middle Ages, wolves were a danger for our ancestors who owned maybe only one cow or one goat," he explains. "When that animal got killed, a family lost their livelihood. It's not like that anymore today. But the idea that this is a big dangerous predator still remains."

Hannelore Martin is a horse breeder and head of NABU's "horse and wolf" research team. She says she also worried for her horses when she first heard that wolves were back. But she did a bit of resreach and realized how rare it is for wolves to kill foals.

Shooting wolves, Martin says, wouldn't help anyway: "New ones would just come in from Eastern Europe. This migration is a permanent process."

And killing off individual wolves could actually make the rest of a pack more dangerous by disrupting their natural hunting patterns.

"It could screw up the animals' social structure," Martin says.

Because even as debate over wolves' place in Lüneburg Heath rages, the wolves seem to have made up their own minds: They're here to stay.

For the first time, the German state of Saxony is allowing a wild wolf to be shot, for displaying "unusual behavior." The decision is a rare one, as wolves are strictly protected in Germany. (19.01.2017)

Finland's recent announcement that it is planning to continue its policy of a managed wolf cull, provoked outrage among conservationists who say we can live in harmony with the animals. But can we? (10.11.2016)

Protecting the wolves that eat the sheep