For the first time, the German state of Saxony is allowing a wild wolf to be shot, for displaying "unusual behavior." The decision is a rare one, as wolves are strictly protected in Germany. 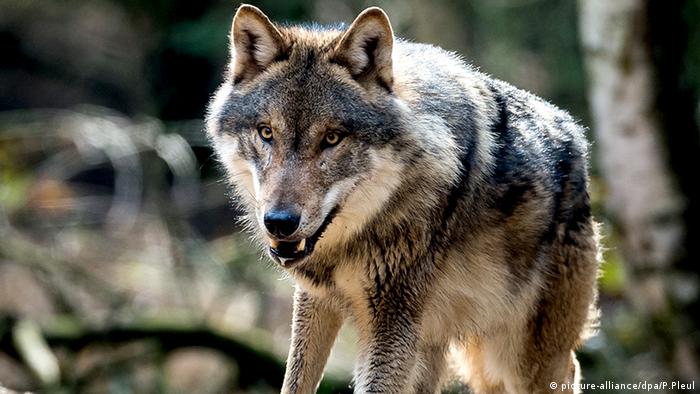 Finland's recent announcement that it is planning to continue its policy of a managed wolf cull, provoked outrage among conservationists who say we can live in harmony with the animals. But can we? (10.11.2016)

A two-year-old male wolf in the eastern German state of Saxony is to be shot after being regularly seen looking for food near human habitations, the Environment Ministry in Dresden said on Thursday.

The ministry said the wolf, which has been given the number MT6 and is living in the region of Görlitz, had not kept the typical distance from humans and had even approached them.

"Because of the wolf's unusual behavior, there is the danger of further escalation. The safety of humans takes priority over species protection," the ministry said. It has given exceptional permission for the wolf to be shot by a specially commissioned hunter.

Wolves are strictly protected in Germany, and an individual animal may be killed only when it represents a threat to humans or is expected to cause financial damage.

Two wounded wolves have been put to sleep in Saxony, but no wolf has so far been shot there.

The wolf that is to be shot has been identified as coming from a pack in Poland, which borders on Saxony.

Several attacks by wolves on sheep and wild animals have recently led to proposals for a limited cull, with Federal Agriculture Minister Christian Schmidt of the Bavarian Christian Social Union (CSU) saying that the population had grown enough to demand regulation.

The suggestion met with strong criticism from the conservation organization WWF Deutschland, which called Schmidt's idea "nonsense" and said he was "pandering to his clientele."

The WWF's director of nature protection, Christoph Heinrich, told the newspaper "Passauer Neue Presse" that Schmidt should remain objective in "a sometimes hysterical debate," and called for livestock to be "simply better protected." He said current laws already allowed problematic animals to be shot if necessary.

Despite Germany's strict laws on protecting the animals, wolves are sometimes found shot or even decapitated, while others are killed by vehicles.

Not all European countries' laws are so protective of wolves and other wild animals, with Slovenia announcing on Thursday that it would allow hunters to kill 93 brown bears and up to 8 wolves this year in order to keep those animal populations from growing.

Netherlands: Another night of riots over coronavirus curfew 3h ago