A lone female wolf has prompted North Rhine-Westphalia to offer support for farmers in the area. Since their reintroduction in 2000, wolf populations are growing throughout Germany, though this is bad news for some. 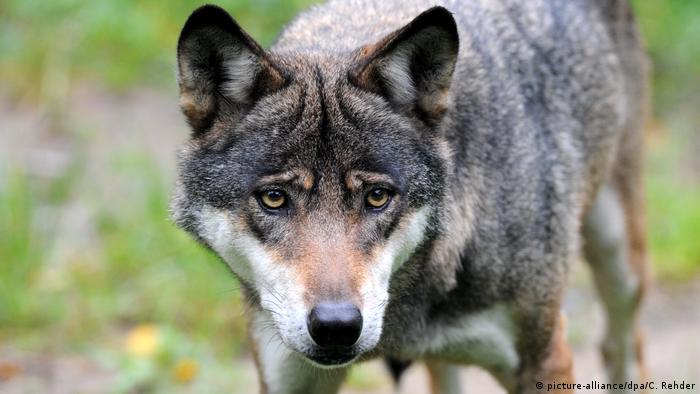 The state environment agency for North Rhine-Westphalia (NRW) on Monday announced the formation of a so-called "wolf area," demarcating nearly 1,000 square kilometers (386 square miles) after authorities found evidence of a lone female wolf within the municipality of Schermbeck.

"Although formally it is not yet possible to speak of a wolf that has settled in this location … we have decided to designate a wolf area as of today," said NRW State Environment Minister Ursula Heinen-Esser. Technically, the wolf ought have been in residence for at least six months to be considered settled, but Heinen-Esser said the state had decided to act early based on repeated sightings and other indications that the female was planning to stay in the area.

"For the time being, we have to reckon with the wolf remaining," Heinen-Esser said. She added that people can be kept informed about the situation by visiting www.wolf.nrw.

Heinen-Esser noted that by formally recognizing the area, shepherds and farmers can apply for assistance to protect livestock. The NRW state environment agency made the area deliberately large in a bid to provide support to as many people as possible.

The wolf — identified as GW954f — comes from a family of wolves located to the north of NRW in the German state of Lower Saxony, according to the government.

Rise of the wolves

The number of wolves in Germany has grown steadily since their reintroduction in the 1990s, according to figures provided by the Federal Agency for Nature Conservation (BfN) last year.

Authorities estimate that up to 160 adult wolves reside in Germany. They have formed about 60 packs, up from 47 in 2016. Given their status as an endangered species, wolves are protected under EU conservation laws.

In Germany, wolves were hunted and driven out of the country by the end of the 19th century. However, wolves from neighboring Poland began moving west to search for new territory in the late 1990s. By 2000, wolves had effectively settled in parts of eastern Germany.

However, not everyone backs the resurgence of wolves in Germany, not least farmers and shepherds who have blamed wolves for attacks on their livestock. Some have even resorted to illegally hunting wolves.

Golden jackals, similar to small grey wolves, have been making their way across Europe into new territory. A German farmer is claiming compensation after the protected, wolf-like predator killed a sheep. (25.05.2017)