Belarus protests one year on: Lukashenko in command and striking back | Europe | News and current affairs from around the continent | DW | 08.08.2021

Belarus protests one year on: Lukashenko in command and striking back

The Lukashenko regime has been turning up the heat daily since a wave of mass protests swept across Belarus last year. So where do things stand now? 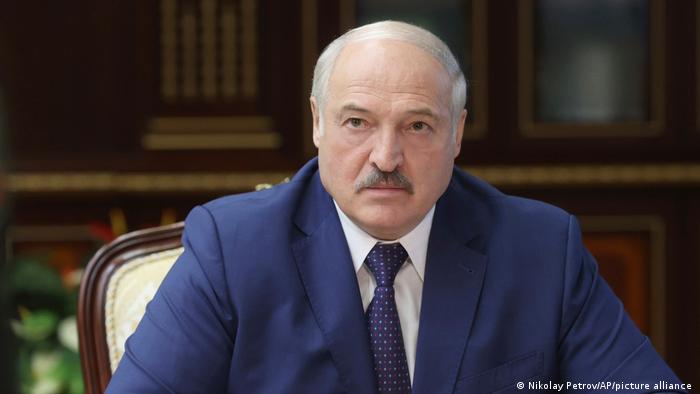 Many observers saw Lukashenko as a cartoon dictator when he was shown gun in hand after protests began, he's not laughing

Led by Sviatlana Tsikhanouskaya, Maria Kolesnikova und Veronika Zepkalo, citizens had been protesting the results of the country's August 9, 2020, presidential election in which incumbent strongman Alexander Lukashenko was declared the overwhelming winner.

But the European Union (EU), for instance, is of the opinion that most voters cast their ballot for a different candidate: Sviatlana Tsikhanouskaya, who stood in as a candidate for her husband, opposition blogger Sergei Tikhanovsky, after he was jailed prior to the election.

Although the presumed winner was forced into exile just days after the vote, hundreds of thousands of Belarusians took to the streets to peacefully demand Lukashenko step down and that new, fair elections be held. The sheer scale of the protests gave people hope that the government they had lived under since 1994 may actually come to an end in the months or even days ahead.

When Lukashenko was seen striding to his presidential palace wearing a bulletproof vest and carrying an AK-47 many in the country saw a cartoon cut-out of a man who had lost all connection to reality.

The Lukashenko regime seems to be wobbling …

But what many saw as real weakness soon turned out to be wishful thinking. A quickly assembled opposition coordinating council was unable to keep the momentum of the protests going and the most important elements of the regime's security apparatus have remained loyal to Lukashenko to this day. Strikes by employees at state-owned companies vital to the regime's survival were also much smaller than expected — and much smaller than needed if the plan was to topple the regime.

Moreover, after Russia, which officially forms a union with Belarus, initially voiced half-hearted support for Lukashenko, Moscow soon gave him a full-throated endorsement. That bought Lukashenko time, which he used to muster a counterattack. 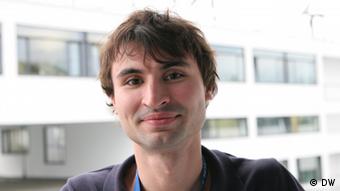 When Maria Kolesnikova, who led Viktor Babariko's campaign team during the presidential elections — the ex-banker and Lukashenko challenger had been sentenced to 14 years in jail — became the face of the protest movement after Tsikhanouskaya and Zepkalo were forced into exile, she paid for it dearly.

In September, she too, was forced to leave Belarus. But she was jailed instead after she burned her passport and refused to leave. Kolesnikova is currently on trial behind closed doors and faces up to 12 years in prison.

Thus, the Lukashenko regime was able to successfully tamp down protests in the fall of 2020. The streets were suddenly empty, the red and white opposition flags that hung from windows or were painted on faces or clothing disappeared.

One reason for the change was no doubt the excessive brutality of police and security forces in dealing with protesters. There were numerous reports of torture, of improvised detention camps where people were forced to live under inhumane conditions, with neither water nor food. People died from the state's use of force, yet none of those deaths have been investigated.

'Lukashenko has found a painful spot for the EU'

The world watched as the Belarusian autocrat cracked down ever harder on his opponents — and it didn't do much about it. By and large, the small central European country of nine million was left to its own devices. The US and EU initiated a widening raft of sanctions but DW analysis has clearly shown that the measures have inflicted very little damage on the Lukashenko regime.

Furthermore, the strongman can count on continued Russian largesse. Early this summer, Belarus received a further tranche from a $500 million (€425 million) Russian loan, just as it did six months prior. Although it is said that Putin and Lukashenko have a difficult relationship, the long-term neighboring rulers seemed more harmonious than ever at their most recent meeting in Saint Petersburg.

Belarus journalist: 'Lukashenko must be stopped and the West should react'

'Parallel' Belarus is being destroyed

For years, people felt relatively free in Belarus, coexisting with the state without getting in the crosshairs of Lukashenko or his henchmen. Civil society — in part thanks to Western support — blossomed, with alternative theater groups, artists associations and non-governmental organization (NGO) abounding. But in 2021, it seems the Lukashenko regime is intent on putting an end to what is known as "parallel Belarus" — and it is doing so with increasing brazenness.

So far, May 23, 2021 remains the high-water mark. That is when Belarus fighter jets forced a commercial Ryanair flight en route from Lithuania to Poland to land in Minsk so that security services could arrest emigre journalist Raman Pratasevich, who ran the popular opposition channel Nexta on the messaging service Telegram with Stepan Putilo. The site had over a million followers.

Minsk's increasingly shameless behavior may well be the result of Russian enabling. In any case, since meeting Putin in Saint Petersburg, Lukashenko appears to be quite comfortable meting out ever more violent repression on his challengers. Recently, he ordered nationwide raids and arrests at NGOs as well as the homes and offices of the few remaining independent journalists in the country.

It is estimated that some 50 NGOs were forced to shut down on July 23 alone; dozens of activists, reporters and artists have fled the country for fear of repression as well.

And as the case of Olympic sprinter Krystsina Tsimanouskaya illustrated this week, the Lukashenko regime has no intention of loosening the thumb screws it has put on the nation.