How Russian money keeps Belarus afloat | Europe | News and current affairs from around the continent | DW | 30.07.2021

Moscow does not financially support any other country as generously as it does Belarus. DW spoke with economic experts to learn about this lopsided relationship, and the strain it places on the Russian budget. 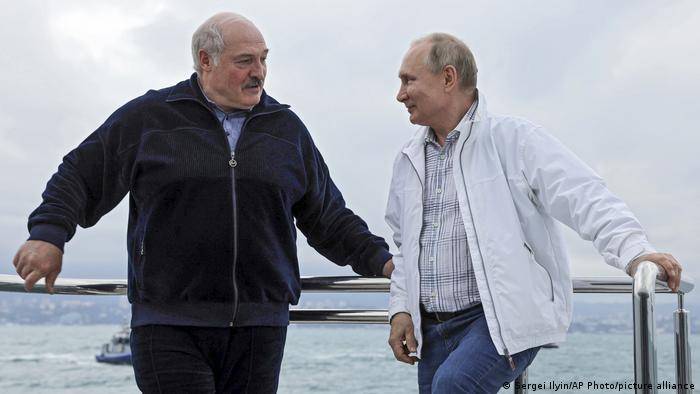 Russia has supported its western neighbor Belarus for decades — long before the European Union and the United States imposed sanctions on Minsk and President Alexander Lukashenko. Earlier this summer, Moscow loaned its ally $500 million (€423 million) — six months prior, it had issued Lukashenko's regime a similar sum.

Looking on from the outside, such figures appear to be a largish run-of-the-mill loan that one country grants another and for which interest is collected. But the situation with Belarus and Russia is different. According to observers: interest is mounting and debts carry on growing year in and year out, yet Minsk continues to receive new loans from Moscow.

Russia has been subsidizing its neighbor for years. Between 2005 and 2015, Moscow pumped $106 billion into the Belarus economy, according to the International Monetary Fund (IMF).

Experts divide Russia's monetary contributions to Minsk into two categories: one legal and one covert. Neither is driven by economics and both have put a strain on Russia's state budget.

The most obvious subsidy, analysts say, occurs within Belarus' energy sector — which receives cheap Russian gas and has tariffs waived on oil destined for Belarusian refineries. 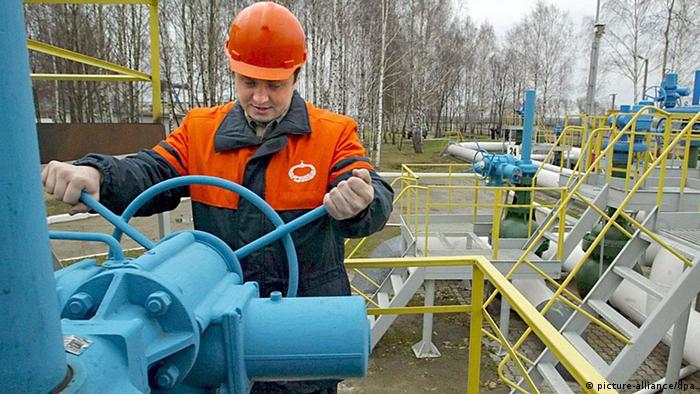 Russia has subsidized the energy sector by selling cheap gas

"Over the past 20 years, gas prices in Belarus only rose twice to European levels; each time, Belarus halted payments [to Russia], demanding a discount," said Sergey Kondratiev of Moscow's Institute for Energy and Finance Foundation. The research institute estimates Russia has subsidized oil to Belarus to the tune of $35 billion, and gas to the equivalent of $19 billion between 2011 and 2020.

Cheap — and legal — loans are another means by which Russia has been able to prop up Belarus. Moscow continues to extend payment deadlines and is constantly revising the terms and conditions of the loans. Russia, for example, lent Belarus $10 billion to build a nuclear power plant in 2011.

"Belarus received both a very long grace period when it came to repaying the money, as well as the possibility to repay the loan at a discounted rate," said Kondratiev. "Belarus would not have received such favorable conditions on the open market."

It remains unclear how Minsk spends loans not earmarked for specific projects. Bogdan Bespalko, a member of Russia's Council for Interethnic Relations — a body linked to President Vladimir Putin's office — suspects they are used to pay off old debts. "A large portion of the latest $500 million loan was taken to repay money owed to Russian corporations," Bespalko pointed out. Russia has also granted Belarus special access to its market. Not even other members of the Eurasian Economic Union (EAEU) enjoy such favorable terms as companies from Belarus do. Observers argue this preferential treatment guarantees the survival of entire business sectors within Belarus, especially within the food and engineering industries.

In addition to low-interest loans, such favorable preferences allowed the Belarusian economy to generate some $11 billion between 2011 and 2020, according to Moscow's Institute for Energy and Finance Foundation.

Cross-border smuggling has also played its part in supporting the country's economy. Without border checks between Belarus and Russia, and thanks to preferential market access, illicit trade has thrived. While the financial scale of this smuggling pales in comparison to that of official Russian loans, it is still considerable. As such, it also hurts Russian coffers.

The illicit trade in Belarus sees certain EU goods relabeled, and falsified customs documents issued. These mislabeled goods are then smuggled into Russia to evade EU sanctions. Such business practices also mean excise payments on products are being circumvented.

"Only Belarus earns money doing this," said Kondratiev. "Belarusian cigarettes are a case in point: Batches containing up to 1 million packs are smuggled into Russia without any excise duty being paid. A popular way to hide cigarettes is within shipments of mineral fertilizers."

From 2011 to 2020, illegal tobacco imports cost Russia some $2.6 billion. Between 2014 and 2020, Russia incurred an estimated $4.2 billion in financial damages from the smuggling of EU-sanctioned goods.

Another source of income for Minsk lies in seizing the property of Russian companies in Belarus. The 2020 Belgazprombank case is a prominent example.

"After a provisional administration was established, deposits and financial assets were siphoned off, seriously hurting Russian shareholders," said Kondratiev. Such conduct is common, he added. "We know of cases where goods sent by Russians transiting through Belarus have been seized."

No country in the world receives the level of support from Russia as that which is afforded to Belarus, Kondratiev said. However, Moscow's assistance has put a strain on finances. This is all the more troublesome, as the help rendered is neither spurring economic growth in Belarus, nor promoting the efficient use of money.

"On the contrary, we are seeing steady stagnation," said the Russian Council for Interethnic Relations member Bogdan Bespalko.

'Lukashenko has found a painful spot for EU'