EU sanctions on Belarus go ′beyond symbolic′ | Europe | News and current affairs from around the continent | DW | 22.06.2021

Lawmakers have praised wide-ranging sanctions against the Lukashenko regime, with Germany's foreign minister saying "the EU has delivered." Minsk has vowed to protect its citizens and business from the "hostile actions." 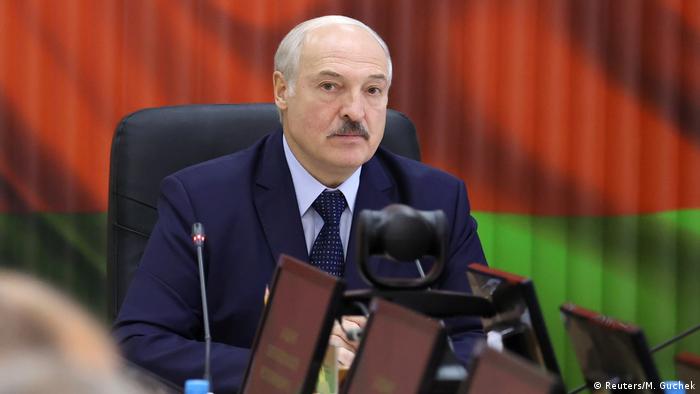 EU figures admire Luxembourg Foreign Minister Jean Asselborn for his directness. And he didn't hold back after Monday's decision to target key sectors of the Belarus economy with fresh sanctions. 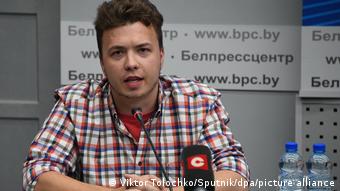 "We are clearly showing that Stalinism and state terror no longer have a place in the 21st century," said Asselborn, referring to Minsk's forced diversion of a Ryanair passenger plane and detention of a dissident journalist in May.

He had previously said that any sanctions imposed on the country must "hurt" the regime of President Alexander Lukashenko.

The new economic sanctions will target seven sectors dominated by state-run companies that are believed to play a pivotal role in buoying Lukashenko's regime. These include the potash and fertilizer industries, two of the country's biggest export products; Belarus is the world's second-largest producer of potash.

The sanctions will also target the petrochemical and tobacco industries, financial services and dual-use goods, such as surveillance technology, so far exempt from the existing arms embargo. High-ranking officials now also face asset freezes and are barred from entering and transiting though the EU. Some 160 individuals will be affected by this measure.

The United Kingdom, the United States and Canada have joined the EU sanctions plan, which should amplify its effect.

On Tuesday, Belarus said the measures amounted to "economic war'' and threatened to retaliate.

"We have repeatedly stated that sanctions negatively affect the interests of citizens, they are counterproductive and vicious," the Belarusian Foreign Ministry said in a statement, describing the sanctions as "hostile actions."

It added that Belarus "is able and will do everything possible to protect its citizens and business entities" and the restrictions "will not have the desired effect."

But exiled opposition leader Sviatlana Tsikhanouskaya, who had been calling for harsh sanctions against the regime, expressed satisfaction with the coordinated EU effort.

DW's Alexander Burakov describes his time in a Belarus prison

Petras Austrevicius, a Lithuanian member of the European Parliament, told DW that the sanctions will send "a very powerful and even timely message to the regime." The lawmaker expects the EU to find new ways to support the Belarussian civil society, which he said still urgently needs the EU's backing.

When EU figures met last week in Brussels for talks regarding the potential sanctions, Austria seemed reluctant to impose the punitive measures. Austrian Foreign Minister Alexander Schallenberg, however, later denied the objections, saying Vienna was now taking a strong stand against the regime.

"We have to tighten the thumbscrews after this callous action of state air piracy," Schallenberg told reporters on Monday. "We want to hit the state-affiliated economic sector, those responsible, not the people in Belarus, who are suffering anyway."

Schallenberg stressed, however, that the sanctions would have to stand up in court, as the European Court of Justice has been called upon to previously assess the legality of such measures.

The reason for Austria's apparent resistance to tougher sanctions? Some 80 Austrian companies have close business ties to Belarus, and would likely be adversely affected by any harsh economic measures. Austria is the second-biggest source of foreign direct investment in the country after Russia. Austrian banks — chiefly a subsidiary of Raiffeisen Bank International — provide 80% of foreign loans. In addition, the country's mobile network operator A1 Telekom Austria operates the Belarusian telecommunications network.

EU 'speaking the language of power'

Reinhard Bütikofer, an EU lawmaker with the Greens and the group's foreign affairs spokesperson, said the bloc had done well to go beyond symbolic measures to adopt "serious sanctions" to deter other states.

Bütikofer said the sanctions would require EU member states to make certain concessions. "You cannot cook an omelet without breaking eggs," he said. He added that further measures, such as excluding Belarus from the SWIFT banking system, could be imposed if needed. By and large, however, the MEP expressed satisfaction that the EU was now "speaking the language of power."

Belarus opposition leader Tsikhanouskaya, however, warned the EU that the Lukashenko regime may attempt to entice Europe into doing business with it in exchange for freeing political prisoners. Speaking on Monday, she once again highlighted the dangers faced by the country's pro-democracy movement, showing a bullet fragment that had been removed from a protester's lung — the young activist had been shot by Belarussian police while attending a demonstration.

The center-right European People's Party, meanwhile, has called for an international tribunal to try Lukashenko for crimes against humanity. Party leader Manfred Weber recently drew attention to the fact that Minsk is allegedly sending migrants from places like Iraq and Syria into Lithuania to exert pressure on the Baltic state, which has long supported the Belarus opposition.

Weber said he welcomed the mobilization of Frontex agents in the area, saying on Twitter that Lukashenko would not get to decide which migrants may or may not enter the EU.

Belarus: Protesters in for the long haul as standoff continues

Demonstrations in Belarus continue in spite of an intensifying government crackdown and sub-zero temperatures. With opposition leaders either in exile or in jail, where does the protest movement go from here?