Belarus: Protesters in for the long haul as standoff continues | Europe | News and current affairs from around the continent | DW | 09.02.2021

Belarus: Protesters in for the long haul as standoff continues

Demonstrations in Belarus continue in spite of an intensifying government crackdown and sub-zero temperatures. With opposition leaders either in exile or in jail, where does the protest movement go from here? 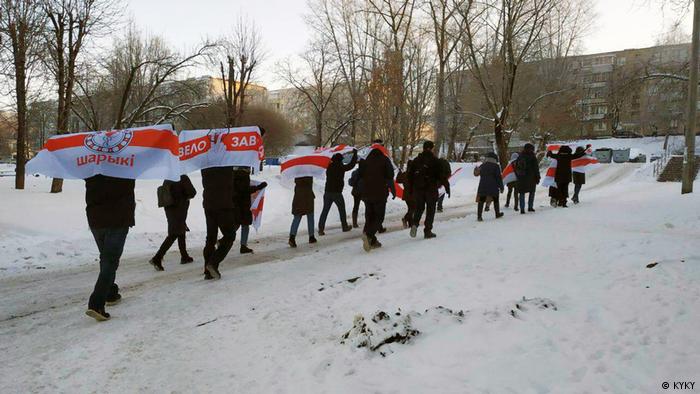 Although the protests have been scaled down, Belarusians continue to hold anti-regime rallies in their neighborhoods

Tens of thousands of protesters out on the streets of Minsk week after week as summer turned into autumn, often enough with their children and pets in tow; women aged 18 to 80 facing off against masked riot police at women's marches; a president in fatigues bearing an unloaded assault rifle in front of his presidential palace; and as autumn turned to winter smaller groups of protesters marching around their snowy neighborhoods.

Those are set to be the defining images of the most serious challenge to Alexander Lukashenko's quarter century in office.

By the summer of 2020 Belarusians had long come to expect unfair elections from their government. They had seen violent arrests and stun grenades used on the streets of Minsk after previous elections, but none of that had prepared them for what Belarusian political analyst Artyom Shraibman described to DW as a "level of brutality" unseen in the country since World War II.

'A moral not a political protest'

After polls closed on August 9 amid widespread reports of ballot stuffing in favor of Lukashenko, tens of thousands of protesters went out onto the streets of Minsk and other major cities. The protests were big but not unprecedented in scale. Security services responded with extreme violence on the streets and in prisons. Details of disappearances and torture trickled out in spite of a three-day nationwide internet blackout.

What happened next constituted a "moral not a political protest" according to Artyom Shraibman, as hundreds of thousands of Belarusians came out to express their disgust at the government's violent methods rather than the original vote rigging.

Leaderless protests — a strength and a weakness 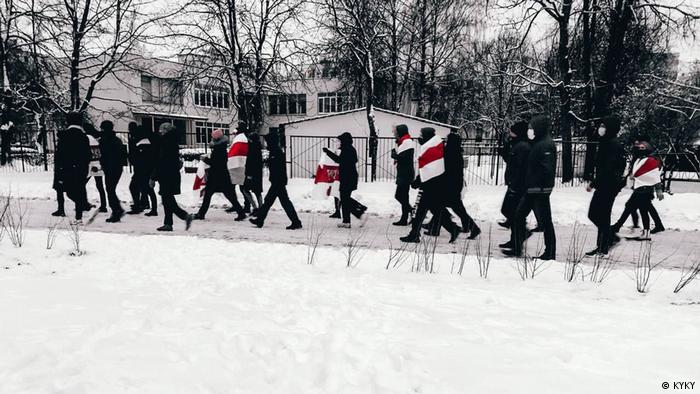 Protesters in Belarus are eyeing the long game

One striking feature of the summer's protest marches was just how little they referenced the main opposition leaders. Marches were organized and publicized on social media with little need for political structures.

Protesters have told DW how the police interrogating them seemed unable to believe that they had come out spontaneously, "they're convinced that there's some foreign puppeteer pulling the strings, paying people to go out and protest. They just can't understand they people are genuinely against them."

The nature of these protests turned out to be both a strength and a weakness. It meant protests continued unabated even after election winner Sviatlana Tsikhanouskaya was forced into exile and other opposition figureheads had been jailed. But without a broad-based political organization to rally behind, the opposition is now struggling to convert protest activity into tangible political pressure on the government.

The regime has no such difficulties. More than 30,000 people have been arrested since the election. Many protesters who were questioned and released months ago now find themselves facing criminal charges as the authorities work through the backlog of cases. It makes for a pervasive sense of insecurity.

"Whenever I see the police now I have to cross the road," one protester told DW. Another opposition supporter told us how catching sight of any kind of minivan now automatically triggers memories of masked riot police who would kidnap protesters off the streets using the same type of vehicle.

Six months later and the mass protests on the central avenues and squares of the Belarusian capital Minsk are a thing of the past. Instead, the protesters have had to retreat to their own neighborhoods to avoid arrest.

Belarusian social media is awash with videos of protesters marching around their apartment blocks in the snow, always keeping an eye out for the nearest apartment block to dash to for safety. In some Minsk neighborhoods protesters now prefer to stick to the relative safety of their own balconies, coming out night after night to wave flags and chant protest slogans.

Controlling polling stations and trailing opposition leaders is one thing, but even a security apparatus as big as Lukashenko's cannot possibly keep watch over every neighborhood all the time. 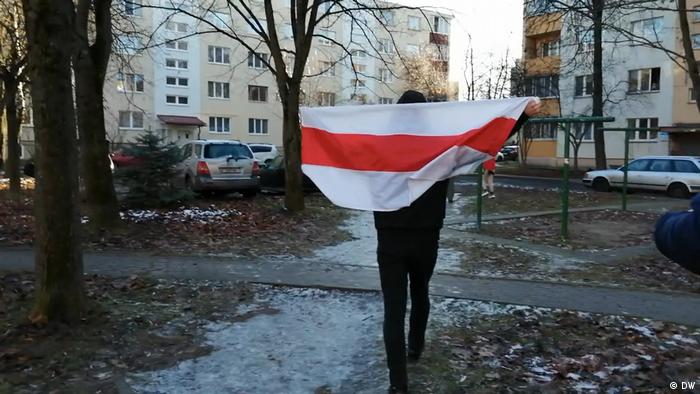 The protests have given Belarusians a stronger sense of their identity

Standoff continues with no obvious resolution in sight

Still, Lukashenko remains firmly in control, able to disperse protesters into their neighborhoods and jail his opponents at will. But his political survival has come at a significant cost. No longer recognized by the West as Belarus' legitimate leader, Lukashenko is now more dependent on Russia than ever before and forced to spend ever more on his security services.

One thing most opposition supporters in Belarus can seem to agree on is that while the protests have yet to force change on the country's government, they have had a lasting impact on Belarusians' outlook. Not only has it emboldened them to make their voices heard, it has also given them a stronger sense of Belarusian identity.

As one protester told DW, "before when I traveled abroad I'd say that I was Russian because it was easier, people knew what you meant. To me there wasn't a big difference between being Russian and Belarusian. Now there is."