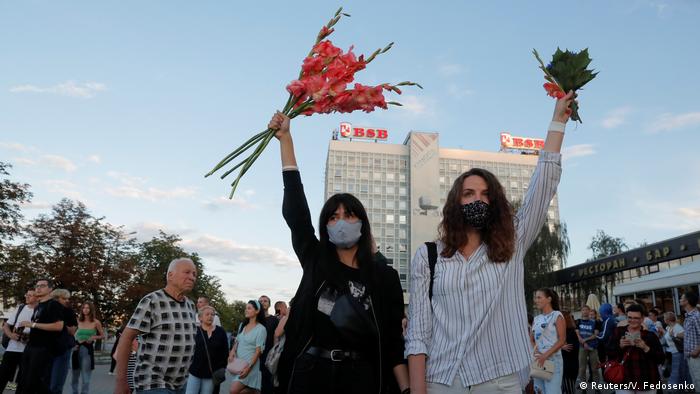 Yes, I voted for Alexander Lukashenko. It was back in 1994 — when I was nine years old. My grandmother took me with her to the voting booth, handed me her pen and told me where to mark the ballot. It was a huge honor. She was convinced that he — someone who seemed so much livelier and down-to-earth than former Soviet rulers — would lead our young republic to a brighter future.

What would my grandmother think if she could see Belarus now, 26 years later, as heavily armed police units beat citizens into submission?

When I saw police beating a man with truncheons as he screamed "Long live the …," kicking him in the face, stomach and back as he lies on the ground writhing in pain and crying, I, too, could not help crying with him.

At the same time, I am filled with pride and hope when I see how people join arms to form kilometer-long human chains, when musicians sing of electoral fraud, and doctors carry placards reading "Stop the violence!" In doing so, they risk being arrested like the other 6,000 citizens that have been rounded up by authorities since protests began on August 9 — election night. Now that the internet is back online in Belarus, anyone interested can see visual proof of the violence and torture that the regime is meting out on its people. 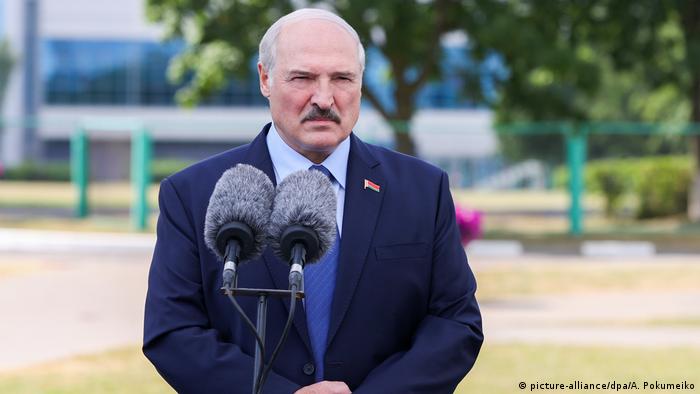 If Lukashenko is going to hold the people in check he will have to transform the country into a giant gulag in the heart of Europe, writes Olga Kapustina

One such video shows bodies lying side-by-side on the concrete floor of a Minsk prison. The woman filming from her apartment across the street says, "They are being beaten and tortured" — her voice trembles and her smartphone shakes as she documents the scene. Could someone please wake me and tell me this is all just a terrible dream? 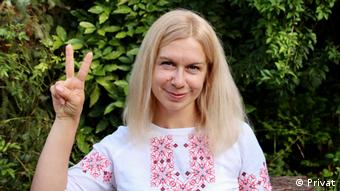 Olga Kapustina was born in Belarus in 1985 and has lived in Germany since 2008. She works for DW's Russian editorial team

The Belarusian presidential election itself was like a strange political thriller from the start, one in which a housewife named Sviatlana Tsikhanouskaya became the main challenger of an authoritarian president who has ruled the country since independence. Actually, she had no intention of running for office but her husband, an influential blogger who had intended to challenge Lukashenko, is in jail. She decided to run so that she could have him released. But then she suddenly outgrew that role to become the new symbol of protest. Throngs of people across the country began lining up behind her, a woman who always seemed to find the right words, even telling the dictator: "If you love us, let us go."

People in Belarus know that it is now or never for them. Now a new nation is emerging from the blood and pain that has welded them together in solidarity. People in Belarus have set aside their fears and recaptured their sense of dignity. They know that it is up to them to free themselves from dictatorship, otherwise, these protests will be crushed the same way they were in 2001, 2006 and 2010.

The only difference will be that this time there will be far more blood and many more victims — because now the majority of the country's people are aligned against Lukashenko. If he is going to hold the people in check he will have to transform the country into a giant gulag in the heart of Europe. 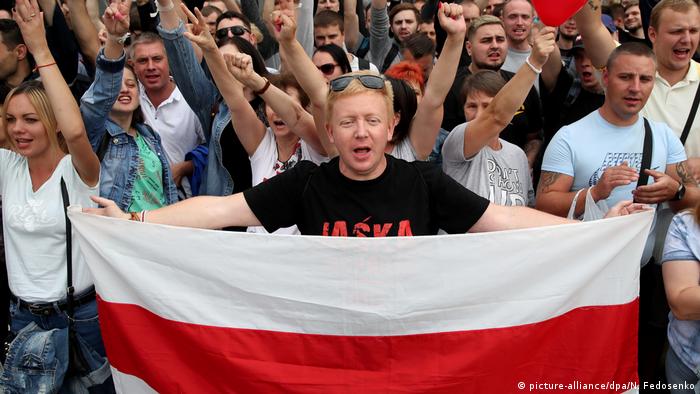 Read more: Belarus protests: Women line the streets of Minsk to protest Lukashenko's crackdown
Every day I receive messages from friends back home, telling me: "It feels like rape," "I have a lump in my throat," "Things will never be the same," and asking, "Where is Europe?" After all, Berlin is only 1,000 kilometers (621 miles) from Minsk.

It simply isn't enough for politicians to express deep concern or promise to consider sanctions. The EU must urgently act; it must do something to stop the bloodletting.

In an interview given three days before the election, Alexander Lukashenko expressed his respect for German Chancellor Angela Merkel, calling her "determined and diligent." He said she was the only Western politician to ever ask him to release political prisoners. Indeed, when Belarus released all of its political prisoners in 2015, sanctions against Lukashenko were quickly lifted.

Do you still have his number Mrs. Merkel?

Ukraine: Zelenskyy urges Belarus not to get dragged into war — live updates 0m ago

Germany: More than 110 snakes found on farm after woman bitten 43m ago

G7 summit in Elmau, Germany: More than a show? 4h ago

Opinion: Ukraine on the way to the West 7h ago