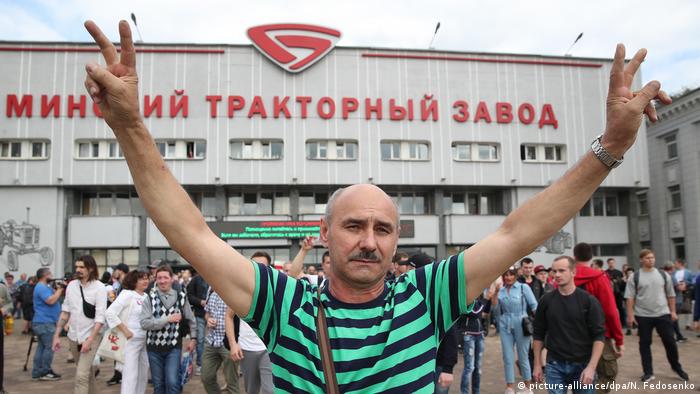 Belarusian authorities began releasing hundreds of detained demonstrators who had taken to the streets following Sunday's disputed presidential election result, with the Interior Ministry vowing to release all the protesters by Friday morning.

The release came ahead of a meeting of European Union foreign ministers later on Fridaywhere they gave the green light to sanctions against the Belarusian leadership in response to its crackdown on post-election protests.

Nearly 7,000 people have been reportedly detained since Sunday night, according to official figures, and at least two people have died in the violent crackdown following strongman Alexander Lukashenko's re-election.

Hundreds of relatives and friends stood outside one detention center in Minsk during the early hours to give food and blankets to those emerging from custody.

Footage of the released protesters in front of a detention center showed some of them had large bruises on their backs and legs.

Belarusian activist Franak Viacorka told DW that detainees were being "kept outside, sleeping on asphalt and being beaten every day and every night," adding that he heard about some people being carried away unconscious in ambulances.

A released demonstrator told news cameras outside the detention center that authorities "beat everyone" from teenagers to elderly people.

"Everyone got detained, even if you just came out of a shop to see what's going on and got arrested," they added.

Other released detainees claimed they had been beaten and deprived of food and water. 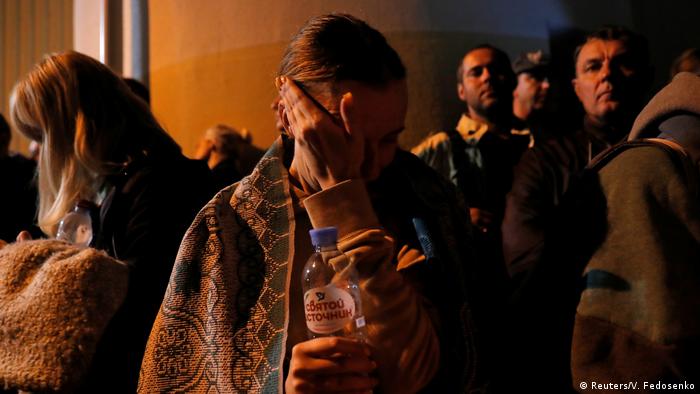 On Thursday evening, the Interior Ministry issued an apology to bystanders who were injured during the crackdown — a move that came after intense pressure from the EU. The ministry added 1,000 detainees would be set free.

Interior Minister Yuri Karayev went on state television to apologize for the arrests, but Belarusian activist Viacorka told DW that Karayev's words were "absolutely insincere" and were only made because of "international pressure."

"They released some of the prisoners to appease the opposition and stop the protests," he said, adding that even as the apology was made people were still being beaten in the detention centers, which he referred to as "concentration camps."

On Friday, top opposition challenger, Sviatlana Tsikhanouskaya encouraged mayors across Belarus to organize peaceful protests against the result of the election, while urging an end to the violence.

Speaking in a YouTube video, she also asked the Belarusian people to sign a petition demanding an official investigation into voter fraud and demanding a recount.

Tsikhanouskaya fled to neighboring Lithuania on Tuesday following the election out of fear for her safety.

A new round of protests began in Minsk on Friday. By early evening, more than 20,000 protesters filled central Independence Square.

About a dozen soldiers guarding the nearby government headquarters lowered their shields and, seeing it as a sign of solidarity, demonstrators embraced and kissed the guards.

Earlier, police didn't interfere as the protesters marched across Minsk.

Lukashenko cautioned people against turning out for the protests, saying Belarus is facing foreign "aggression."

"Don't get out into the streets. You should understand that you and your children are being used as cannon fodder,'' he said, adding:  "Do you want me to sit and wait until they turn Minsk upside down?... We must take a break, collect ourselves and calm down. And let us restore order and deal with those who have come here."

He instructed officials, however, to avoid excessive force. "If a person falls down and lies still, don't beat him!'' Lukashenko said.