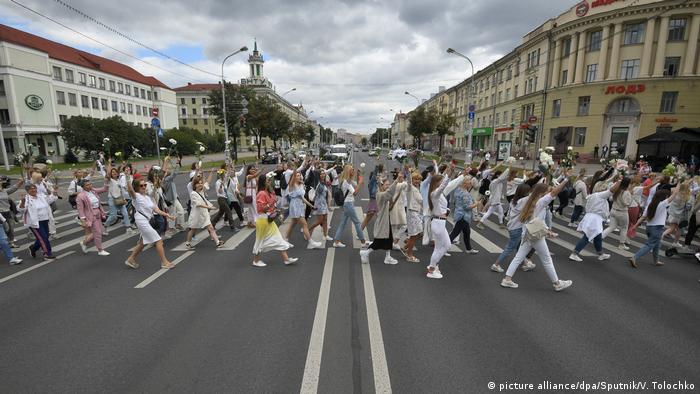 Western countries have a stake in ensuring that democracy is established in Belarus, the Norwegian minister of foreign affairs, Ine Eriksen Soreide, has said in an interview with DW.

Eriksen Soreide, who held talks with German Foreign Minister Heiko Maas on Thursday, told DW that she and Maas both condemned the use of violence by security forces against demonstrators protesting at Sunday's reelection of long-time Belarusian President Alexander Lukashenko.

Eriksen Soreide expressed hopes that talks on Friday between foreign ministers of the EU, of which Norway is not a member, would succeed in finding a common line in backing pro-democracy forces in Belarus. 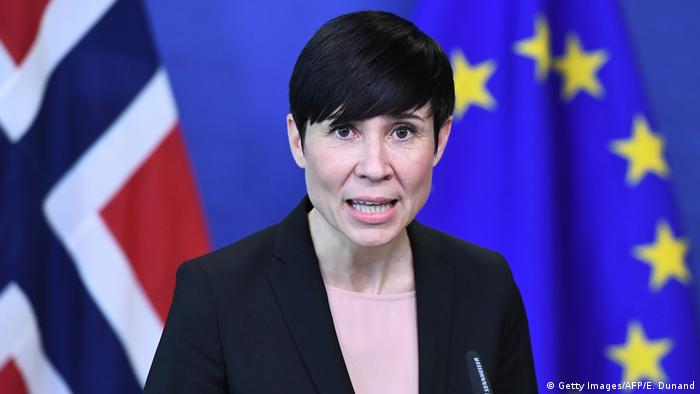 "We were cautiously optimistic and hopeful some time ago that developments in Belarus would go in a more positive direction. And that optimism is now gone and that is also why we have to support those forces that want free and fair elections," she said.

"It is important for all Western countries and all democratic societies to support the quest for free and fair elections. That is something that every citizen in the world is entitled to and also why we support that demand in Belarus," Norway's top diplomat added.

At Friday's talks, EU foreign ministers are expected to discuss reimposing sanctions on Belarus over the controversial election. Eriksen Soreide noted that the conditions that led to the lifting of previous penalties on the country were no longer in place.

Eriksen Soreide described the current uprising against the regime in Belarus as "a milestone" and said she was hopeful that the ongoing developments would lead to free and fair elections that could be monitored by international observers.

She also welcomed proposals from Latvia, Lithuania and Poland to help mediate in Belarus, but said that a transition to democracy presented big challenges. Among other things, she said, the lead-up to an election had also to be free and fair.

Opposition candidates in Belarus were often not approved by authorities or even jailed on charges that critics say were politically motivated, leading to a campaign that was increasingly one-sided as the elections approached.

The closest rival to Lukashenko in the elections, Sviatlana Tsikhanouskaya — who, according to the election commission, received under 10% of the vote compared with 80% for the president — has since fled to Lithuania, saying it was for the sake of her children.

The United States has said it is also considering placing sanctions on Belarus over the controversial election.

Searching for relatives in the prisons of Belarus