The recent forced landing of a passenger plane to arrest a regime critic is symptomatic of Belarus' treatment of dissenters, a top UN expert has warned. She said the rights situation there was going from bad to worse. 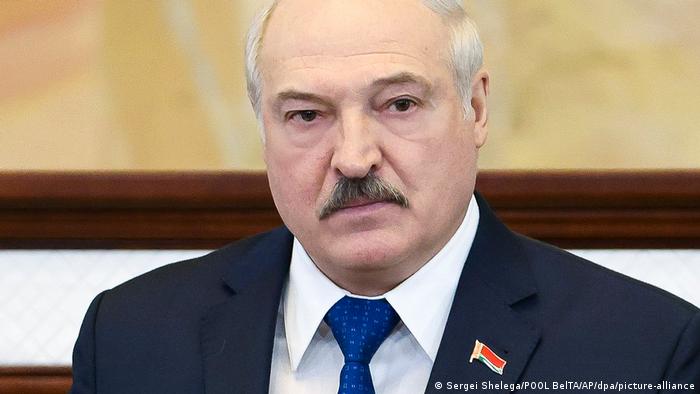 Belarus is carrying out "a form of purification that recalls the practices of totalitarian regimes," the UN special rapporteur on the rights situation in the country said on Monday.

Speaking to the UN Human Rights Council, Anais Marin described the forced landing of a Ryanair plane in Minsk on May 23 to allow for the arrest of dissident Belarusian journalist Raman Pratasevich and his girlfriend Sofia Sapega as being part of a "purge."

"This incident, which shocked the international community, illustrates the authorities' willingness to end all forms of dissent by purging society of elements it deems undesirable," Marin said, according to a written version of her statement. 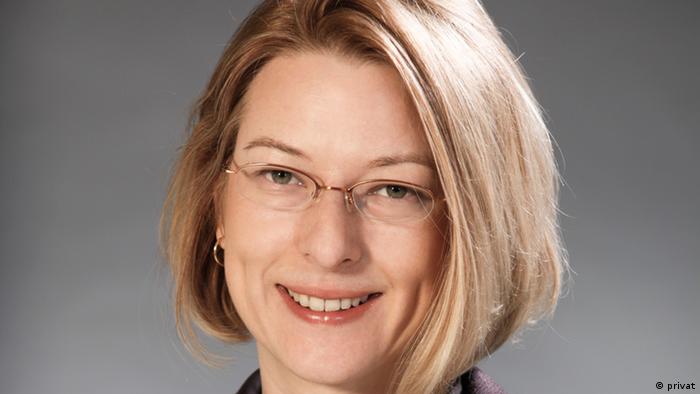 Marin reports to the UN over the rights situation in Belarus

What else did Marin say?

Marin said that the "already catastrophic situation" she had noted in Belarus when she last spoke before the council in September had deteriorated even further.

At that time, Belarusian authorities were clamping down on protests that broke out in August 2020 after longtime President Alexander Lukashenko won a sixth term in elections his opponents said were rigged. Thousands of protesters were arrested, with many reporting ill-treatment at the hands of security forces.

Marin noted that three of Lukashenko's opponents at last year's election were still in jail among some 530 people considered by rights groups as political prisoners. She called for their immediate release.

She also said she had received information indicating that people who had been detained for exercising the right to assemble peacefully or showing solidarity with victims of rights abuses had been "systematically" tortured.

Marin slammed what she called "persistent impunity" in the country that led to such rights violations going unpunished.

"The current wave of repression touches absolutely the entire population, sparing no generation nor social-professional category," she said. 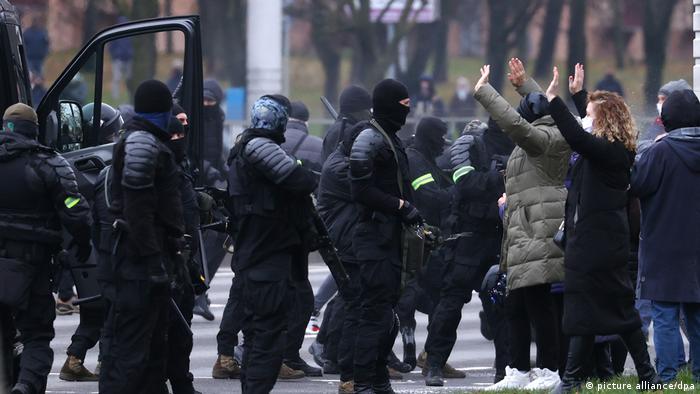 Anti-regime protests in Minsk were brutally put down

In a reflection of international outrage at the situation in Belarus, the US indicated on Monday at the UN Human Rights Council that it might impose further sanctions on Belarus in addition to those already put in place following Protasevich's arrest.

"Such contempt for international norms cannot go unanswered," the US delegate said.

"As of today, the Belarusian democratic representation in Lithuania is an accredited institution," Foreign Minister Gabrielius Landsbergis said in Vilnius.

He said, however, that it would not be considered a diplomatic representation as such but that the move was a symbolic step toward the legal recognition of Belarusian civil society and its drive for democratic changes in Belarus. 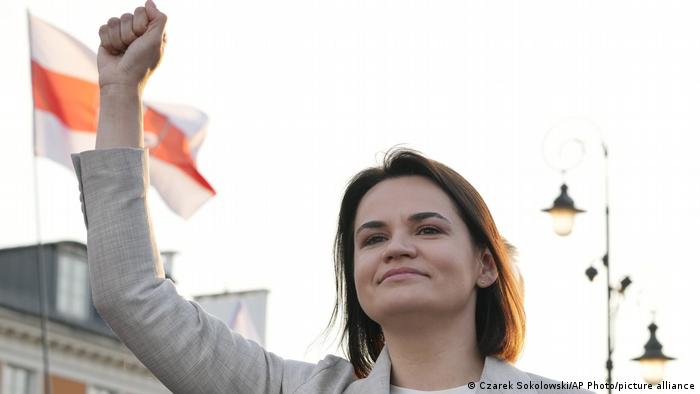 Tsikhanouskaya, who is to be the head of the representation, fled to Lithuania from neighboring Belarus after losing the disputed presidential election there.

Russia, which supports Lukashenko, criticized Lithuania's move. "It is always astonishing to see the impudence with which a number of states ... continue to interfere in the internal affairs of Belarus," Leonid Sluzki, the head of the State Duma's Foreign Affairs Committee, wrote on Telegram.

The EU has withdrawn its recognition of Lukashenko as head of state and has also imposed sanctions over the repression of democracy in Belarus.