Sources say new measures have been approved after Belarusian authorities forced a Ryanair flight to land in Minsk and arrested a dissident journalist who was on board. 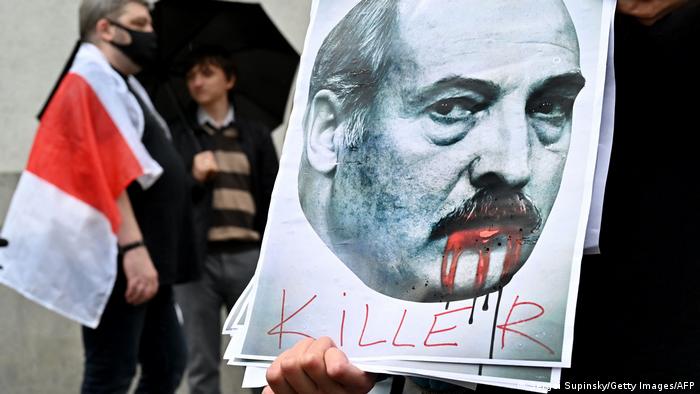 The EU has already placed 88 individuals, including Lukashenko and his son, on an asset freeze and visa ban blacklist

European Union member states agreed to impose fresh sanctions on Belarus on Wednesday over last month's forced diversion of a Ryanair flight and arrest of dissident journalist Raman Pratasevich, according to diplomats cited by news agencies.

The sanctions have been approved by EU ambassadors and are expected to be adopted by the bloc's foreign ministers next week. 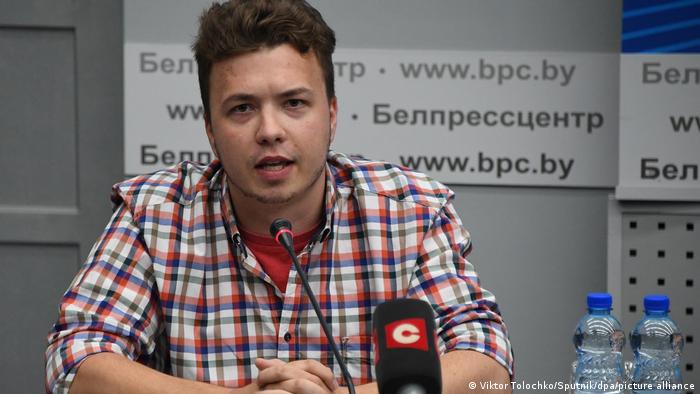 Raman Pratasevich was arrested after his flight was diverted to Minsk

Reuters cited a diplomat as saying the new measures targeted at least seven individuals linked to the Belarusian aviation sector.

The EU has already blocked Belarusian airlines from flying to the bloc and stopped carriers from the 27 member nations from using Belarusian airspace.

Longtime Belarusian President Alexander Lukashenko sparked international outrage by sending a fighter jet to intercept a Ryanair flight traveling from Athens to Vilnius on May 23. Authorities arrested journalist Pratasevich and his girlfriend Sofia Sapega on board after the plane's arrival in Minsk.

EU officials also signed off on a fourth package of sanctions on Wednesday — including asset freezes and travel bans — against more than 70 people in response to last year's presidential election, diplomats said.

Most of the targets are reportedly accused of helping to crack down on anti-government demonstrators, opposition figures or journalists.

The bloc has already placed 88 individuals — including Lukashenko and his son — on an asset freeze and visa ban blacklist.

Lukashenko won by a landslide in a presidential vote in August which the opposition and Western governments say was neither free nor fair.

Since then, thousands of people have been arrested in mass protests against his rule.