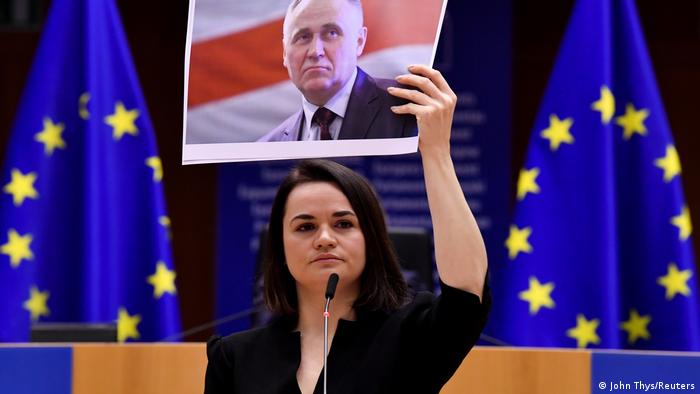 Tsikhanouskaya said protesters have not been 'broken' by police violence

In an interview with DW, she commented on the future of the protest movement following a monthslong police crackdown.

The current state of the protests

While mass rallies are on hold, people have been finding new ways to express their opposition to the regime of Alexander Lukashenko, said Tsikhanouskaya.

'I couldn't be quiet'

"It's dangerous for people to leave their homes for fear of physical reprisals," she told DW.

"But them being driven away from the street, beaten with batons, threatened — it did not break them down internally," Tsikhanouskaya said. "Their anger hasn't gone away."

The future of the protests in Belarus

While the government had "taken away the media from us" opposition supporters were coordinating via platforms such as Instagram and messaging apps, Tsikhanouskaya said.

"All of it is colossal support and everyone can choose in accordance with their possibilities."

The 38-year-old politician also said that mass marches would not be renewed "until people feel their own strength once more."

"Nobody is forcing people to go to the streets, they do it themselves," Tsikhanouskaya said.

"But I always support those who do go out even though they understand what could be the price of overcoming fear. You know that you might not make it back home, but you still find the strength," she added. "These people simply amaze me."