Belarus police get rougher to protect Alexander Lukashenko | Europe | News and current affairs from around the continent | DW | 03.12.2020 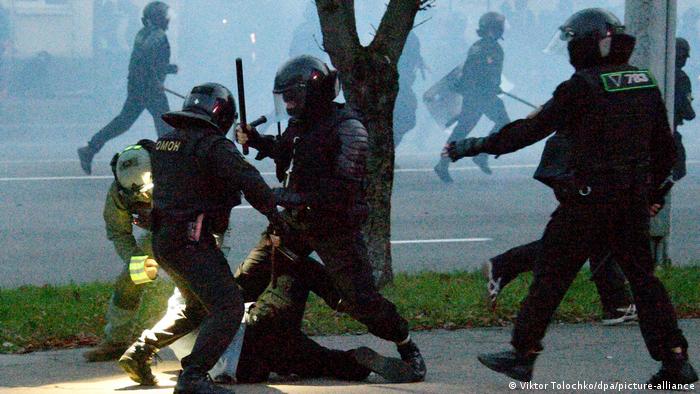 There are few consequences for violent security forces in Belarus

As they have since August, protesters continue to take to the streets, calling for Belarusian President Alexander Lukashenko to resign — despite an increasingly brutal response from the security forces.

Immediately following the election, in which Lukashenko was declared the winner with 80% of the vote, the Special Purpose Police Detachment (OMON) used water cannons, stun grenades and rubber bullets to disperse peaceful demonstrations. Some protesters were killed, many were injured, and dozens were arrested. Many of those who ended up being held in the Okrestina Detention Center in the capital, Minsk, were subjected to torture and other forms of brutality.

Violence is not a new tool for security forces in Belarus. They also put down protests that erupted after the elections of 2006, in which Lukashenko was declared the winner with 84.4% of the vote, and 2010, in which Lukashenko officially received 79.65% of the vote. But the violence seems to be more intense this time — even to former state officials. 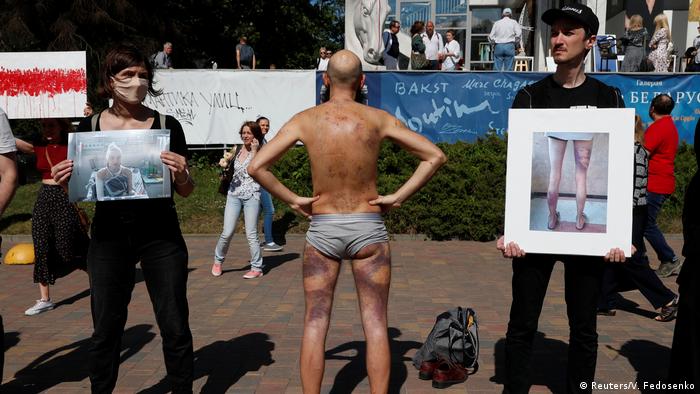 After their release, many people said they were beaten while in police custody

Andrei Sytko, a former public prosecutor, told DW that such widespread violence had not been unleashed "since the 1990s." He said it had once been a point of pride for police that they had not used excessive force.

Igor Makar, a former commander of the Belarusian Interior Ministry's Almaz Special Anti-Terrorism Unit, said the security forces had always been rough, but not to this extent. "There has never been such massive, ongoing protest, so the actions have not been so harsh," he said of the past. "Today, all services are participating."

Sytko and Makar both said the security forces had been given free rein to use violence so long as they were able to keep order. The members of the security forces are constantly on high alert, and officers are not allowed to take days off because they have to be available to their units at all times, Sytko said, meaning that the working conditions may play a role in the aggression.

"They are cut off from alternative sources of information," Sytko said. "The situation is stirred up and they are told that they are defending the country — that is to say, themselves and their wives and children. They are told that if another candidate won the election there would be a change of power and they would face penalties which could include being evicted from their homes." 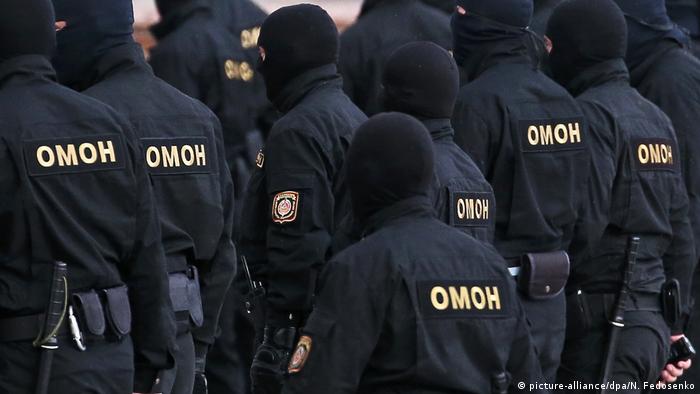 But the brutality that protesters have been subjected to while under arrest and in detention cannot fully be explained by officers' fears of what could happen to their wives, children and homes. Many of those detained in Okrestina in mid-August later reported that they had not been given food or water and had been forced to kneel on the ground for hours. Some said they were forced to sing the national anthem and to shout that they loved the OMON. There have also been allegations of rape.

Makar said he doubted that the security forces had received orders from above to torture detainees. He speculated that the prison employees had taken it upon themselves to please their superiors: "Perhaps they wanted to prevent people from going to demonstrations by using violence. However, the solidarity of the people has been underestimated. This even grew after it became clear that people had been tortured."

Makar and Sytko both said one of the reasons for the brutality of the special units was that they did not think there would be repercussions for their actions. "Impunity gives license," Sytko said. 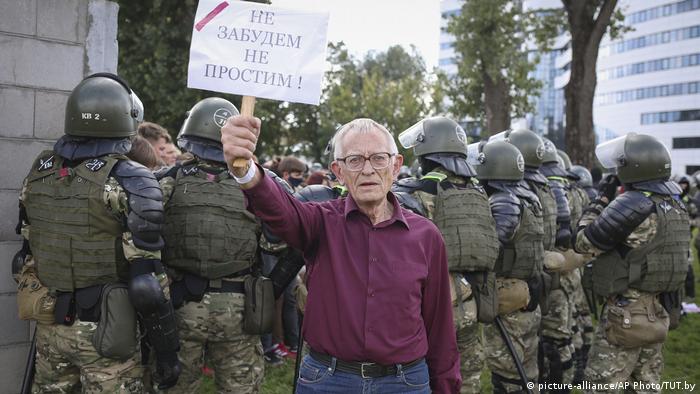 Makar said he had spoken to members of the special units who had no intention of changing tactics.

"They all know that their atrocities are being documented," he said. "But they are keeping together because they don't want this regime to fall as they will be forced to take responsibility for their actions."

Sytko added that it would be wrong to assume, however, that the security forces were sadistic. He explained that people with sadistic tendencies did not usually get past the first training phase. "But an important criterion is to be ready to follow superiors' orders blindly. Those who do not philosophize are preferred."

"We would like to believe that the security forces were fed something or had a chip implanted in their heads," he said. "But there are many examples in human history of people becoming aggressive and cruel if they have power and are not held to account."

Minkevich said the security forces were acting brutally now because they were being allowed to.

"They could be held back if they were afraid that they would face consequences and if there were functioning legal mechanisms like in democratic countries," he said. "But not in Belarus."

He also said he believed the scale of the protests played a role: "It's one thing if you're only acting against one group of people, but something else if there's a sea of people. Maybe the riot police themselves are scared of what might happen, so they're overcompensating.

"If people do not grow up in the spirit of humanist ideals, they can easily be persuaded to choke someone in order not to be choked themselves," Minkevich said.