At least 300 people were detained as thousands of opposition protesters staged a series of smaller rallies in Minsk suburbs. Demonstrators had tried a new approach to try to evade a crackdown by authorities. 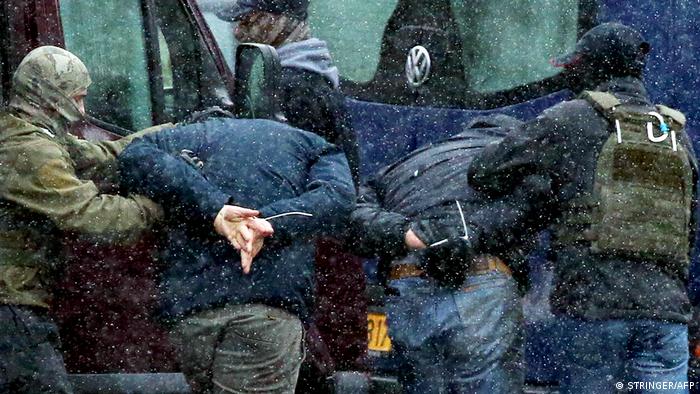 Belarusian authorities have arrested more than 300 people taking part in anti-government protests in Minsk and other cities.

For weeks, security forces have sought to quash the opposition movement by detaining protesters and preventing them from gathering in central Minsk, where the biggest rallies — sometimes attracting hundreds of thousands of people — have taken place.

On Sunday, the opposition appealed to its supporters to instead attend smaller gatherings in different districts of the capital. 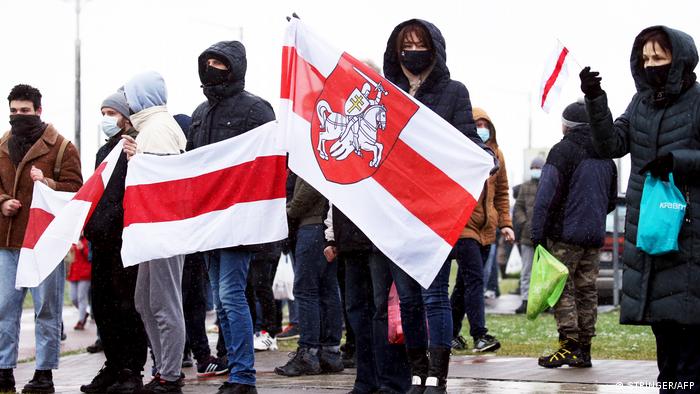 Riot police were deployed to break up the protests and, as in previous weeks, authorities shut metro stations and blocked mobile phone coverage in an attempt to stop people from meeting. There were also reports of power cuts in some neighborhoods.

"Large columns of people have assembled in all districts of Minsk, without exception. The Lukashenko police are desperately rushing from district to district," said opposition Telegram channel Nexta Live, which has been coordinating the demonstrations.

Read more: Journalism in Belarus: 'Like walking through a minefield'

Human rights group Viasna said that more than 300 people had been taken into custody, most of them in Minsk.

Western governments have condemned the recent elections as neither free nor fair. Earlier this month, the EU approved new sanctions on Belarusian officials, including Lukashenko, over poll irregularities and the crackdown on protesters.

Belarus' opposition has alleged the election was rigged and that Lukashenko's main challenger, Sviatlana Tsikhanouskaya, who is in exile in Lithuania, was the true winner.

"Everyone takes to the streets in their district and sees dozens, hundreds and thousands of supporters," Tikhanovskaya said in a message to her Telegram channel ahead of Sunday's protests.

Belarusians are a "proud, brave and peaceful people that have learned the price of freedom and will never agree to live without it," she added.

Lukashenko, an ally of Russia, has refused to resign and has instead offered to reform the constitution.