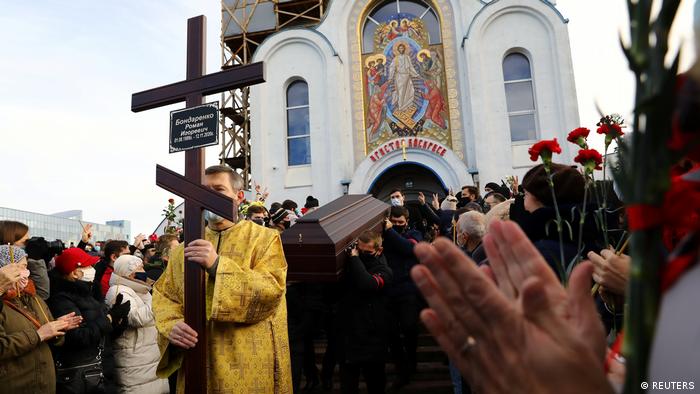 Several thousand mourners paid their respects to opposition activist Raman Bandarenka at a church ceremony in Minsk on Friday, decrying the death of the 31-year-old professional soldier who they believe lost his life in an altercation with Belarus security forces.

The attendants formed a half-kilometer (550 yards) line stretching from the church until the coffin was carried out. They occasionally chanted "We will not forget, we will not forgive," and "Rama, you are a hero."

The mourners also chanted "I'm going out," the last message sent by Bandarenka to a group chat on a messaging app before he was killed. 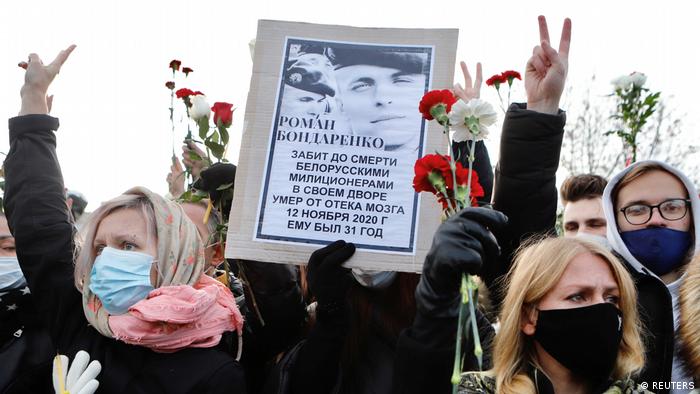 According to authorities, Bandarenka got into a fight with a group of civilians while intoxicated. He sustained brain damage and passed away in a hospital last week. Witnesses, however, say Bandarenka was attacked and detained while confronting a group of people wearing civilian clothes, after the group came to a local playground to remove red-and-white ribbons symbolizing the protest movement.

Protesters believe the men were members of the security forces, and that Bandarenka was beaten to death. The news of his passing enraged the protesters who have been demanding strongman Alexander Lukashenko step down since August. At least two other protesters have so far lost their lives, with many others missing.

What was the government's reaction?

The protesters' narrative was boosted by a leaked medical report that showed Bandarenka did not have alcohol in his blood. The authorities responded by detaining the medical worker who allegedly leaked the report and a journalist who published it.

President Lukashenko has expressed his condolences to Bandarenka's family a day after his death and urged people not to politicize the issue, while also citing the reports that claimed the soldier was drunk. On the day of the funeral, Lukashenko pledged that he would unveil new information regarding the death next week.

He told a reporter to "wait a little bit, we will say everything next week. Trust me, it will be very interesting," the leader said without providing details.