Belarus strongman Alexander Lukashenko and his son Viktor have been blacklisted by the EU months after a disputed election. The sanctions freeze their EU assets and prevent them from obtaining visas to enter the bloc. 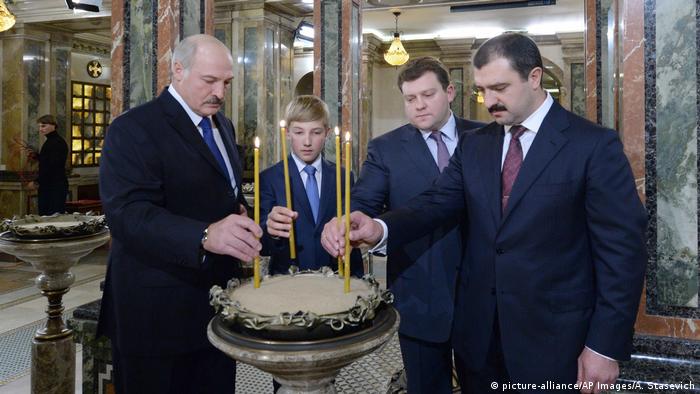 The move comes in response to "violent repression and intimidation of peaceful demonstrators, opposition members and journalists" in Belarus, where an anti-Lukashenko protest movement has been raging for months, according to an EU statement.  Both Alexander and Viktor Lukashenko are now banned from obtaining EU visas, and their assets in the bloc have been frozen.

In addition, "EU citizens and companies are forbidden from making funds available to those listed," said the EU Council.

The EU also imposed sanctions on the head of Belarus' State Security Committee, which still goes by the Soviet-era name KGB, as well as the president's chief of staff and press officer. A total of 15 people were added to the list on Friday, bringing the count to 59.

Also Friday, Canada said it would join the EU gesture by imposing sanctions against 13 Belarusian officials. However, Canadian officials did not say if the president himself had been targeted by the new measures.

Brussels: Election 'neither free nor fair'

Alexander Lukashenko took power in Belarus in 1994 and is currently in his sixth term. He has been facing a powerful protest movement since declaring victory at the presidential poll in early August, with opposition leaders and Western countries accusing him of stealing the vote. Brussels has denounced the poll as "neither free nor fair" and refused to recognize Lukashenko's reelection.

While the EU has responded with sanctions against other top officials in Belarus, they have delayed targeting Lukashenko himself, reportedly as a tool to pressure him into dialogue with the protesters. On Wednesday, however, diplomatic sources told the dpa news agency that he and his son would also be targeted.