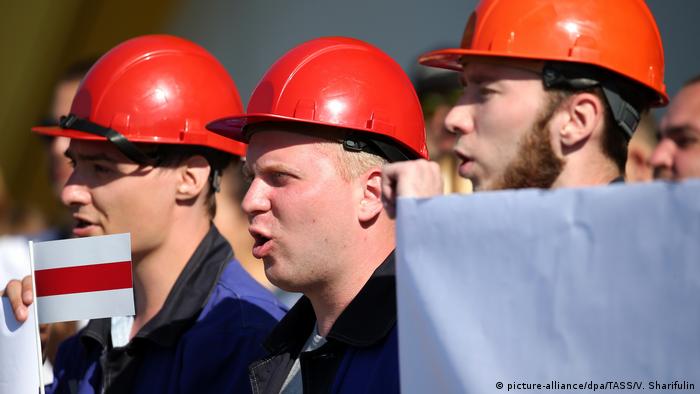 The Belarusian economy is set to fall by 2% this year, a relatively strong figure given the effects of the COVID-19 pandemic and the country's dependence on a low price of oil. But experts expect the start of 2021 to see the real economic impact of the ongoing anti-government protests witnessed in frozen investments, a slumping exchange rate, a possible debt default and empty state coffers.

"The authoritarian system has already been only a few steps away from its collapse," says Pavel Slunkin from the European Council on Foreign Relations (ECFR). "However, the authorities managed to cope with the first wave of public discontent and survived through a combination of violence, threats and layoffs," he told DW.

Workers have been intimidated with criminal cases for illegal strikes, he adds, which would pose "a huge threat to the system's solidity, as the proletariat has always been considered the social base for the authorities." 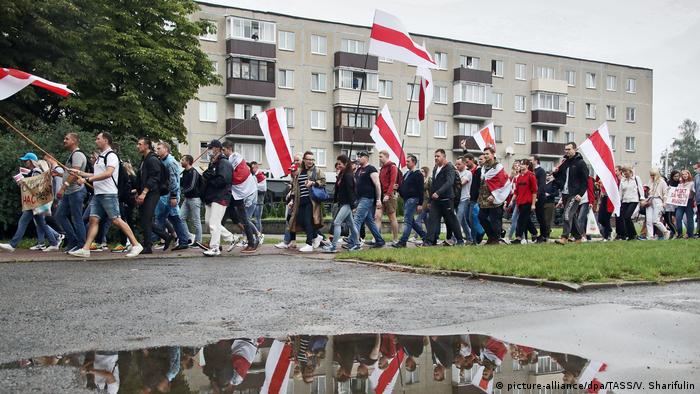 Factories and IT the key

Opposition co-leader Sviatlana Tsikhanouskaya called for a general strike on October 26. But the picture on the ground is mixed, as President Aleksander Lukashenko plays a divide-and-conquer game, effectively buying off selected workers and factories. Authorities have also focused on thwarting opposition efforts to engineer strikes at state-owned factories by arresting strike organizers and threatening workers with dismissal.

Via state media, the government downplayed the impact of strike calls, with Industry Minister Piotr Parkhomchik claiming on state television in October that they "have not resulted in economic damage."

The country’s largest factories generated $10 billion (€9 billion) in revenues last year as well as $7 billion in export proceeds and 12% of total budget revenues in 2019.

But the situation could be changing. Strikes have been reported at a number of the large state-owned industrial plants that are the backbone of the economy.

ECFR's Pavel Slunkin points to the fact that recently strikes were also announced by the employees of industrial giants such as MTZ and BelAZ, who had previously been considered the undisputed electoral base of the government. Alexander Yaroshuk, president of the Belarusian Congress of Democratic Trade Unions (BKDP), told DW that strikes are now also taking place at OJSC Belaruskali, a producer of potash fertilizer and OJSC Grodno Azot, a nitrogen producer.

"It should be borne in mind that for more than a quarter of a century Belarusian workers have been held in the grip of a dictatorial regime and political strikes are prohibited," Yaroshuk said. "But even in these circumstances, the number of those who responded to Tikhanovskaya's  call and gone on strike, is very significant."

Another crucial part of the Belarusian economy is high-tech. In August, 500 representatives of the sector signed an open letter casting doubt on official election results, demanding the release of political prisoners and an end to violence and detentions of protesters. Some threatened to relocate to neighboring Poland, Ukraine, Latvia and Lithuania. 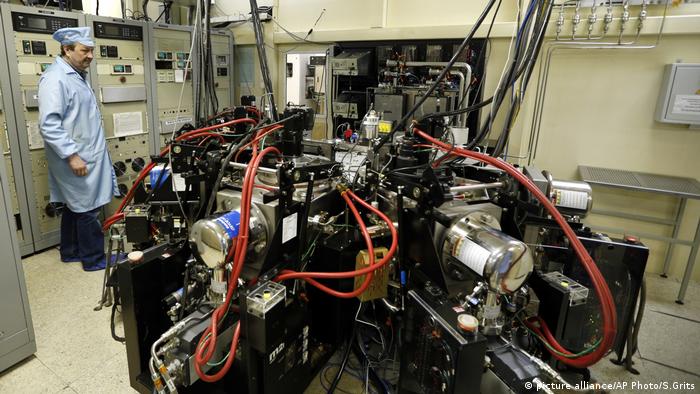 The protests have already cost an estimated $500 million for the Belarusian economy worth a total of about $60 billion. The country only has $9 billion of reserves, equivalent to 2.5 months of imports.

To survive, devaluation of the Belarusian rubel might be needed. The currency has already fallen 30% against the euro since the beginning of the year due to an energy row with Russia. The government spent $1.5 billion in hard currency reserves to shore up the Belarusian ruble in August and September.

Most people measure the impact of the political instability in terms of the national currency, but this is not the only way, said economists during an online conference organised by the Press Club Belarus. Lev Lvovsky, a researcher at the BEROC economic research center in Minsk, told the participants that "if you want to catch a duck, you need to think like a duck."

"That means we need to think like business people and many of them are running out of confidence in the authorities," he said, adding that in the key state sector of manufacturing companies were already "sending output into warehouses," meaning a large part of GDP, about 2.5%, was "not creating value."

Belarus' governmentwill have to find $3 billion to finance its international obligations this year. According to the Finance Ministry, the public sector is due to repay between $2.5 billion and $3 billion of external debt every year for the next five years, while the outstanding debt to Russia alone stands at $8 billion.

But the ongoing protests have further isolated Minsk from international capital markets, so the Russia-led Eurasian Fund for Stabilization and Development (EFSD) is the main source of foreign credit. Russia holds about 38% of its neighbor's national debt and last year took in 40% of its exports totaling $32 billion.

Fitch Ratings expects though the domestic political crisis won't impact the country's relations with Russia and China; its main external creditors accounting for 72% of the government's external debt.

Some economists expressed the fear that Russia might buy up struggling state-owned firms in Belarus and turn their senior-level executives into de facto political lobbyists for Moscow. 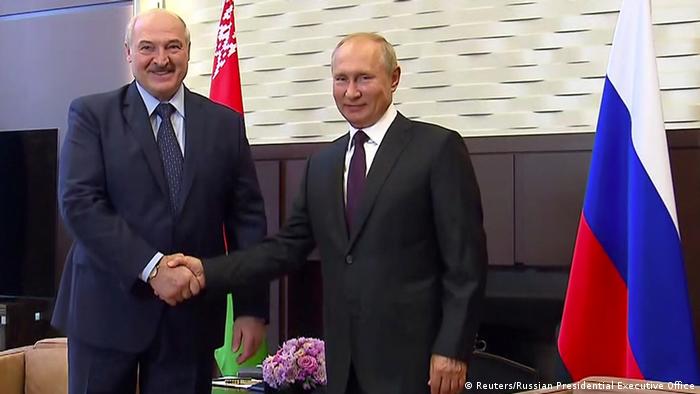 Without the backing of Russian President Vladimir Putin (left), Lukashenko wouldn't be able to cling to power

Katsiaryna Shmatsina from the Minsk-based Belarusian Institute for Strategic Studies (BISS) is convinced the authoritarian system of  Lukashenko system is "exhausting its resources."

"According to insiders, the siloviki [people of power] are physically tired of those weekly demonstrations; there is a seed of distrust among the vertical power structure regarding loyalty to Lukashenko," she told DW.

Shmatsina thinks the Belarusian strongman is unlikely to stay in power for the whole presidential term, given the scale of protests. His balancing act between the West on the one hand, and Russia and China on the other made sense in previous years and under different circumstances, she argues. "But now the question is about making him leave and holding those complicit of torture accountable."