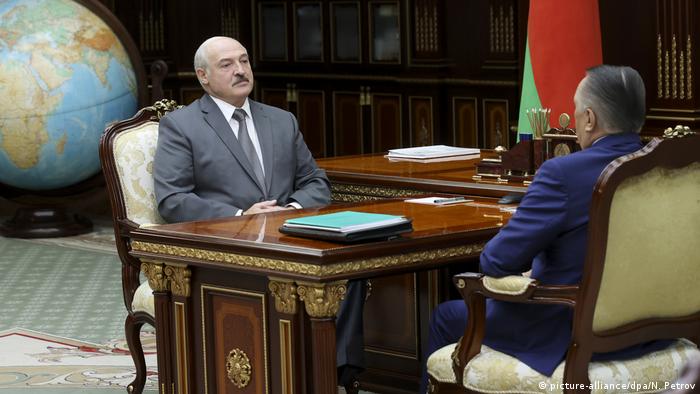 The three Baltic nations have been the most vociferous in their calls for the European Union, as well as others, to take action against Lukashenko after the Belarusian leader was accused by opponents and the West of rigging the August 9 election to prolong his 26-year rule.

The sanctions target officials that the Baltic states believe were at the center of electoral corruption, as well as those believed to have played a key role in the violence against protesters since the poll.

Read more: Poland's Solidarity movement turns 40: A nail in the coffin of communism in Europe

"We said that we need peaceful dialogue and agreement between the regime and society, but we see that the regime is not ready for that," said Lithuanian President Gitanas Nauseda.
"We see that we need to move forward and to show an example to other countries," he added. 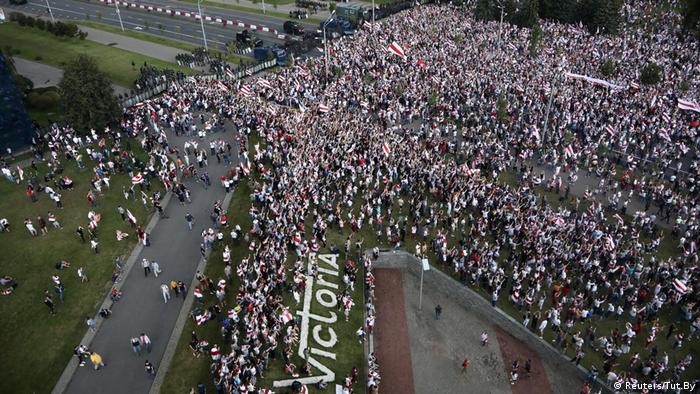 Thousands have taken to the streets in recent weeks

Tsikhanouskaya is set to speak to the UN Security Council on Friday, at the request of Estonia, her spokesman said.

Meanwhile, the German Foreign Ministry said it had summoned the Belarusian ambassador on Monday in response to the detention of foreign journalists in Belarus.

Authorities in Belarus stripped several reporters of their press accreditation on Saturday, with some reportedly facing expulsion from the country.

Journalists working for news agencies Agence France-Presse and The Associated Press, as well as British broadcaster BBC, German public broadcaster ARD and US broadcaster Radio Liberty, had their accreditation stripped from them.

German Foreign Minister Heiko Mass has already condemned the moves against the foreign media as "unacceptable," and now the Foreign Ministry has acted in calling for urgent discussions with the Belarusian ambassador to Berlin.

Three weeks of mass protests have ensued as a result of the controversial result to the election. Tens of thousands of protesters once again took to the streets in Minsk on Sunday, seeking to maintain the pressure on Lukashenko to resign.

At least 140 people were arrested in the latest demonstration, according to Russia's RIA news agency, citing the Belarusian Interior Ministry.

Lukashenko remains an ally of Russia and has constantly refuted suggestions of electoral fraud while claiming the protesters are backed by foreign powers.

But Russia must respect the sovereignty of Belarus and the right of its people to elect their own leaders, the United States has warned.

"The massive number of Belarusians protesting peacefully makes clear that the government can no longer ignore the people's call for democracy, and Russia must also respect Belarus' sovereignty and the right of its people to elect their own leaders freely and fairly," said White House Press Secretary Kayleigh McEnany.

Deputy Secretary of State Stephen Biegun last week said a Kremlin military intervention in Belarus would be "most unwelcome," but added the US had no plans to intervene. He also urged Minsk to accept mediation from the Organization for Security and Cooperation in Europe.