Poland′s Solidarity movement turns 40: A nail in the coffin of communism in Europe | Europe | News and current affairs from around the continent | DW | 30.08.2020

Poland's Solidarity movement turns 40: A nail in the coffin of communism in Europe 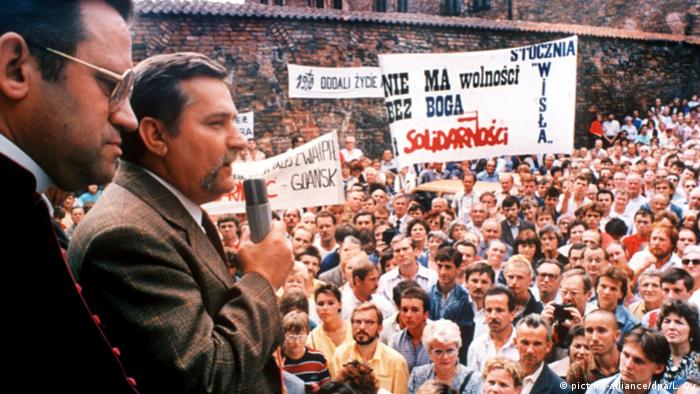 On August 31, 1980, shipyard electrician Lech Walesa, who was representing striking Polish workers, sat down at a table with Poland's vice premier, Mieczyslaw Jagielski, to sign a joint agreement.

The most important concession made by the government after weeks of strikes at several Polish companies was to allow the formation of a free trade union. On September 17, Solidarnosc (meaning 'Solidarity') was officially founded as the first independent trade union behind the Iron Curtain.

But at the time, Walesa did not really believe the promise made by the communist regime. "They will destroy it; they have to, is what I thought back then," he told DW in an interview. He still had fresh memories of previous anti-communist protests in Poland in 1956, 1970 and 1976, which ended in bloody clashes with the police.

Millions against the communists

Walesa had been working as an electrician at the Lenin Shipyard (now Gdansk Shipyard) in Gdansk since 1967. The shipyard built ships for the international market and brought considerable amounts of foreign currency into the communist country. The strikes at the shipyard began in mid-August 1980, but there had already been smaller protests at companies in other parts of Poland in July. 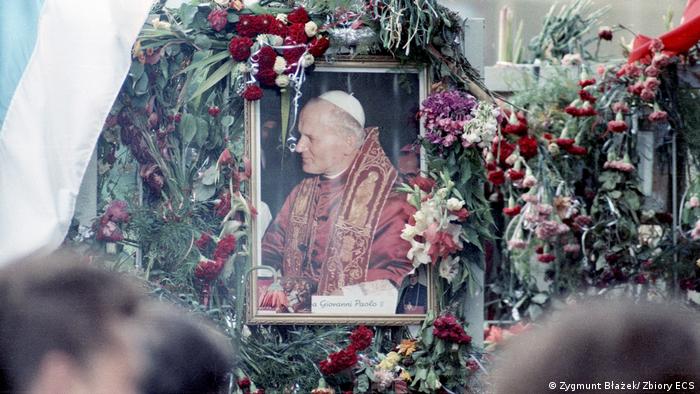 Polish-born Pope John Paul II provided one important source of inspiration when, during a Mass in Warsaw in 1979, he spoke the sentence "Be not afraid." These words became a mantra for millions of Poles who were angry at the way the country's communist rulers had granted themselves privileges and let the economy go to rack and ruin during their 35 years in power. Within a few weeks, 10 million of Poland's 35 million inhabitants had joined the Solidarnosc movement.

"What made it special was that the movement was driven by workers. That gave it its impetus and power," says German historian Peter Oliver Loew, the director of the German Poland Institute in the city of Darmstadt.

"When a couple of intellectuals take to the streets, it doesn't make a revolution. But when there is a strike at a business that a state relies on for part of its revenue, it very much calls into question a communist system that legitimates itself by claiming to represent the proletariat," says Loew, who sees many parallels between Solidarnosc and the current wave of protests in Belarus. 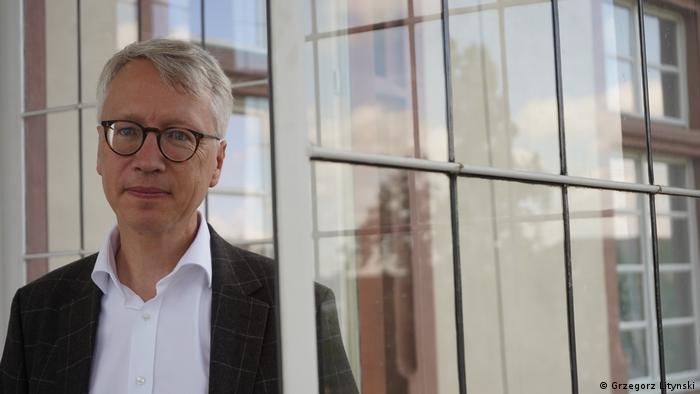 Walesa was constantly aware of the danger that the protests could again be brutally put down. "You have to be totally determined; otherwise you can't lead the others. You have to think: There is no family anymore, no death, no money. I knew that they could kill me at any time. But I thought: They can kill me, but not vanquish me," he said.

The East German dissident Joachim Gauck, who was later to become president in the reunited Germany, reacted to the events in Poland "with enthusiasm and skepticism," he says today.

He told DW that people in the former communist East Germany had lost any hope of change after events such as the suppression of the protest on June 17, 1953 and the construction of the Berlin Wall, leading to a feeling of political helplessness. By contrast, he said, Poles had shown for centuries that they were ready to fight for their own identity whenever possible. He related how he had once said on a visit to Poland that "the language of freedom is Polish." 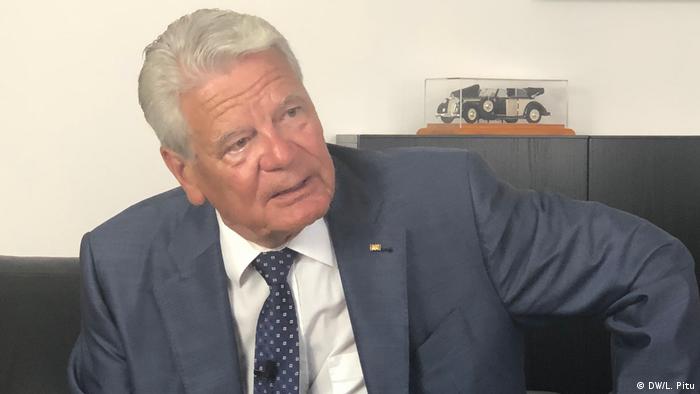 When the Berlin Wall came down in November 1989, Poland already had its first non-communist prime minister. There had been "Round Table" talks between the government and Solidarnosc in the spring of 1989, and the first semi-democratic elections behind the Iron Curtain took place in Poland in June.

The high price of freedom

But this leadership role in the fight against communism came at a high price. On December 13, 1981, the dream of freedom had by the Poles a year before was dashed. The government imposed martial law, a state that continued until 1983, and dramatically restricted civil liberties. Some 10,000 dissidents were detained, and dozens were killed. Solidarnosc had to go underground and was not allowed to register again until 1989.

The situation in Poland at the time provoked very mixed reactions from Western countries. The then German chancellor, Helmut Schmidt of the center-left Social Democrats (SPD), saw martial law in the neighboring country as a stabilizing factor. But the USA and Britain both condemned its imposition. The anti-communist opposition in Poland received a boost from Norway in 1983, when Walesa, in prison at the time, received the Nobel Peace Prize.

The democracy movement associated with the independent trade union Solidarnosc has now become a founding myth of present-day Poland. When Prime Minister Mateusz Morawiecki says that "today's Poland has grown from Solidarnosc," he is speaking for all Poles, regardless of their political orientation. That is because Solidarnosc brought together people from many different parts of the political spectrum, from right to left.

And it is precisely because of this that it is often a bone of contention among present-day Polish politicians. "Many people have the right to see themselves as continuing the tradition of Solidarnosc, but what we are seeing in Poland at the moment is that representatives of the right-wing, the PiS (Law and Justice Party) government, claim that they are the only ones qualified to carry out its legacy," says Peter Oliver Loew.

In the almost five years since the national-conservative Law and Justice party has been in power, those people from Solidarnosc who are politically in line with the government are held up as heroes at official ceremonies and cultural events. Walesa, who was Poland's president from 1990 to 1995, is not one of them; he has often sharply criticized the anti-liberal policies of the PiS government. 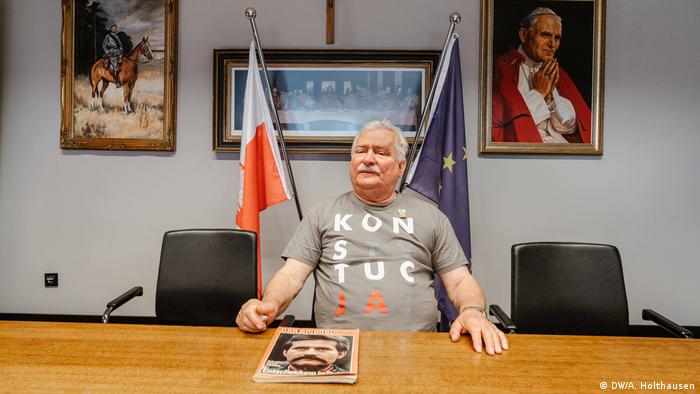 In October 1983 Walesa received the Nobel Peace Prize, before being elected president of Poland in 1990

Walesa is a thorn in the flesh of the PiS. In government-friendly media, he has been mostly depicted as an agent of the communist Security Service, a secret police and intelligence agency along the lines of the East German Stasi and the Soviet KGB.

In 2015, documents were found pointing to his collaboration with the former secret police. Walesa is said to have been pushed into this collaboration in 1970 when he was arrested with some 130 other workers during anti-government protests in Gdansk. But by the end of the 1970s, before he joined the opposition movement, his contacts to the communist secret service had ended.

The debate on whether Walesa was a hero or a traitor, and whether his later achievements canceled out his guilt, still divides Poland. This year's commemorations of the foundation of Solidarnosc will be overshadowed by the dispute as they are every year.

Prosecutors will seek to establish whether anti-communist hero Lech Walesa's handwriting matches the signatures of a purported communist-era agent. Walesa has been dogged by such accusations since 1989.