A new report based on handwriting analysis has suggested that Walesa worked for Poland's secret police in the 1970s. The former president and hero of the bloodless revolution has denied the allegations. 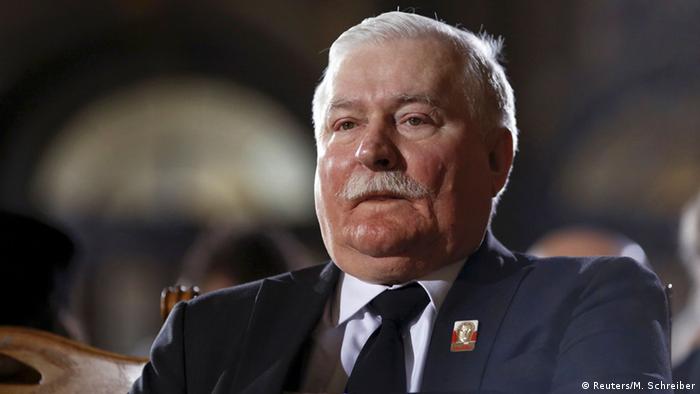 Experts in Poland say they have found proof that former Polish President Lech Walesa collaborated with the country's notorious Communist-era secret police (SB) in the 1970s. The Institute of National Remembrance (IPN) released a  forensic report on Tuesday containing agreements signed by Walesa to collaborate with the secret police.

Officials revealed they are certain that papers they received from the widow of a Communist-era interior minister prove that Walesa was a spy for the SB and worked under the code name "Bolek" from 1970 to 1976.

The IPN, which prosecutes crimes from the Nazi occupation and the communist era, stated Walesa had signed a collaboration agreement and receipts for payment from the secret police.

There was "no longer any doubt" that the 73-year-old collaborated, IPN official Andrzej Pozorski told reporters during a press conference on Tuesday.

Walesa has always vehemently denied the allegations, which first surfaced several years ago. Now he has claimed the analysts of the new report must have been "coerced to confirm what is obviously untrue." 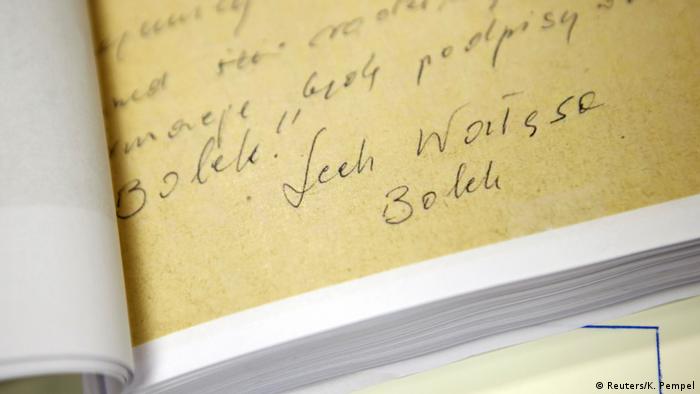 "I have proven that the secret police forged documents about me," the former president and Nobel Peace laureate recently said during a discussion at the IPN. "I'm asking the historians to please finally stop this nonsense."

The allegations are especially explosive because Walesa was a hero of the anti-Communist resistance in Poland in the 1980s. He co-founded the legendary Solidarity union and negotiated a more or less peaceful end to Communism in 1989.

Feud with Poland's most powerful man

"Lech Walesa is a legend in Poland and the most well-known living Polish person in the world," Bartosz Dudek, head of DW's Polish department, explained.

Among those who profit from the deconstruction of this legend are political opponents like Jaroslaw Kaczynski. The chair of Poland's governing Law and Justice Party and his late twin brother, Lech, were friends with Walesa originally. The three of them worked together in the anti-Communism movement. In 1990, Walesa even gave Lech Kaczynski a ministerial position in his government, but fired him two years later.

Ever since then, there has been hostility between the Kaczynskis and Walesa. That's why Walesa and his supporters believe that Jaroslaw Kaczynski, who is considered the most powerful figure in Poland, is pushing the investigation against Walesa. 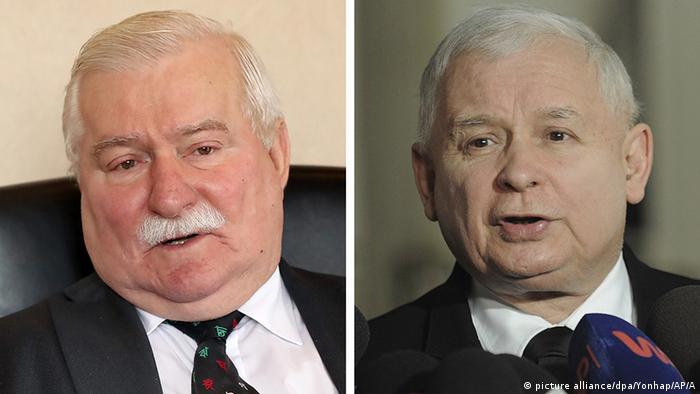 "They believe that the accusations have a political background," Dudek said. "And even if he signed some paper, his supporters don't believe he ever betrayed anyone, but would have only passed on information that was basically public knowledge."

Walesa's opponents strongly disagree with this interpretation. Slawomir Cenckiewicz, a historian who wrote a book about Walesa and his connection to the SB, is convinced that the former president truly collaborated with the Communist regime.

"The documents are shocking," Cenckiewicz told German public broadcaster Deutschlandfunk. "They show that Lech Walesa passed on extensive information about many people. His relationship with the SB lasted from December 1970 until spring 1976."

December, 1970, also saw a massive workers' protest in Poland that ended with a massacre. More than 40 people were killed and more than 1,000 injured. DW's Dudek points out that Walesa was a workers leader back then, so his contact with the SB that month was likely less than friendly. 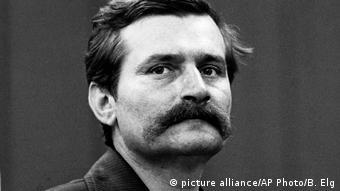 He also believes that Walesa could have signed a paper then, but that he was forced to do.

"It's easy to condemn him from today's point of view, but not if you consider his situation back then," Dudek said. "That's not fair. It was a different world."

He also believes that the animosity between Walesa and the Kaczynski brothers is a factor in the allegations. Lech Kaczynski was a leader in the Solidarity union just like Walesa, just not as important, Dudek says.

Now, the journalist says, Jaroslaw Kaczynski is probably trying to "destroy the legend of Walesa and put his twin brother in Walesa's place" in Poland's collective memory.

'No intention to erase Walesa from history'

Jaroslaw Szarek, head of the IPN, said on Tuesday that his institute "had no intention of erasing Walesa from Polish history."

IPN experts had first started looking into Walesa's case in February, 2016. To compare the signature on the papers they had found with the former president's handwriting, they looked at Walesa's passport application, identity card and driver's license. Walesa himself refused to provide any writing samples.

Former Polish President Lech Walesa has denied cooperating with Communist intelligence agencies during the Soviet era. He did, however, admit to making a "mistake." (19.02.2016)

A show of support for Lech Walesa