As IS crumbles, Syrian Kurds want Germany to take back foreign fighters | Germany | News and in-depth reporting from Berlin and beyond | DW | 04.02.2019

German IS fighters, along with their wives and children, are in the custody of Syrian Kurdish authorities. The end of the IS "caliphate" and US plans to withdraw from Syria have made dealing with these detainees urgent. 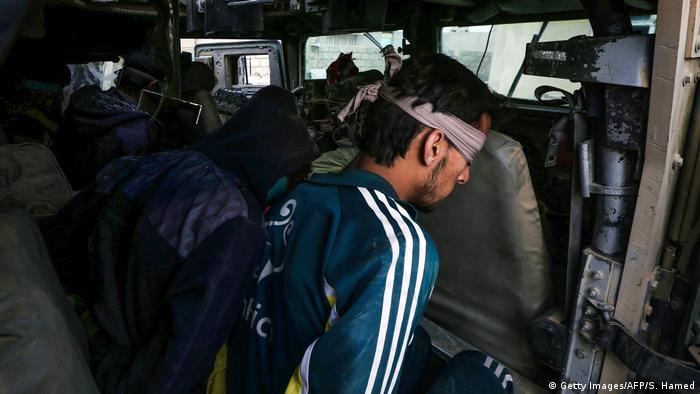 According to Syrian Kurdish authorities, Germany is "shirking" its responsibility to repatriate German jihadi fighters, wives and children in detention in northeastern Syria.

The US-backed Syrian Democratic Forces (SDF) have captured around 800 fighters, 600 women and more than 1,200 children from dozens of countries in the Kurdish-led force's offensive against the nearly vanquished "Islamic State" (IS).

"Among them, there are tens of German IS fighters, women, and children," the Syrian Kurdish autonomous region's de facto foreign office told DW. "The number of foreign fighters in detention is constantly increasing as the military operations to liberate the countryside" continue in eastern Syria near the border with Iraq.

European governments have been wary of repatriating their citizens who went to fight for an IS "caliphate" in Syria and Iraq, fearing the political repercussions of bringing back extremists following a series of jihadi-inspired attacks in France, Germany and elsewhere in Europe.

However, an impending US military withdrawal has created rising uncertainty about the security situation in Syrian Kurdish-controlled areas, which face the threat of a Turkish military assault that has forced the Kurds to reach out for a possible deal with the Syrian government.

France in talks to repatriate French IS fighters

France last week announced it was in discussions with Syrian Kurdish authorities to repatriate French IS fighters and their families amid concerns about lack of security following an impending US withdrawal.

"In light of developments in the military situation in northeastern Syria and American decisions, and in order to ensure the security of French people, we are exploring all options in order to prevent these potentially dangerous individuals from escaping or dispersing," French Foreign Minister Jean-Yves Le Drian told reporters.

"If the forces detaining these French fighters decide to deport them to France, they would be immediately handed over to the judicial authorities," he added.

French authorities declined to comment on either a BFM television report that some 130 French citizens were planned to be repatriated or a Le Figaro report that more than 80 detainees had been transferred from the SDF to Iraq. France has several hundred special forces troops on the ground in Syria supporting SDF and American forces.

Syrian Kurdish authorities say they are unable to handle the burden of detained foreign IS fighters and the rehabilitation of non-combatant women and children.

"Some of the IS fighters in our custody are very dangerous, and our region is unstable. Any chaos may enable IS fighters to flee, which may pose serious threats to the international community," the Syrian Kurdish foreign office said. 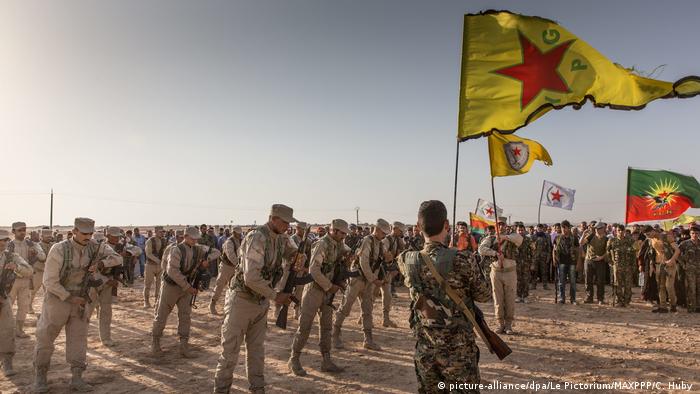 Recognizing the precarious security situation in Syria, CIA chief Gina Haspel told a US Senate committee recently that the intelligence community was working hard to identify detainees in SDF custody and "return people to their country of origin."

"We are working very closely with our foreign allies to do just that," she said.

The US State Department has also ramped up pressure on countries to take back foreign fighters ahead of a gathering this week in Washington of foreign ministers from Europe and the Middle East to discuss the fight against IS.

"The United States calls upon other nations to repatriate and prosecute their citizens detained by the SDF and commends the continued efforts of the SDF to return these foreign terrorist fighters to their countries of origin," the State Department said on February 4.

Western intelligence agencies estimate that as many as 30,000 foreign fighters traveled to Syria and Iraq to fight alongside IS and other extremist groups. Thousands of them have been killed on the battlefield.

The German Interior Ministry estimates around 1,000 people left Germany to join jihadi terrorist groups in Syria and Iraq since 2013.

About one-third of these people have already returned to Germany, some of whom have been prosecuted or placed in rehabilitation programs.

Another 270 of the German women and children are still in Iraq or Syria. Some 75 percent of the children are believed to be under the age of three and are assumed to have been born in a "jihad area," the Interior Ministry said.

The Interior Ministry told DW it was aware that "a double-digit number of men, women and children from Germany are in the custody of Kurdish forces of the Syrian opposition," but that German authorities lack specific information.

The German Foreign Ministry said it is unable to provide consular assistance to German detainees in Syria due to the security situation and absence of diplomatic ties with Damascus.

The Red Cross, which visits detention centers in Syria, told DW that if families there request it, the humanitarian organization will notify consular authorities in their countries of origin.

Anastasia Isyuk, a spokesperson for the Red Cross, said that foreign fighters and their families cannot be cast aside as security threats for whom international laws do not apply.

"People – and especially children – cannot be made stateless. Looking the other way is not an option for anyone, including countries of origin," she told DW. 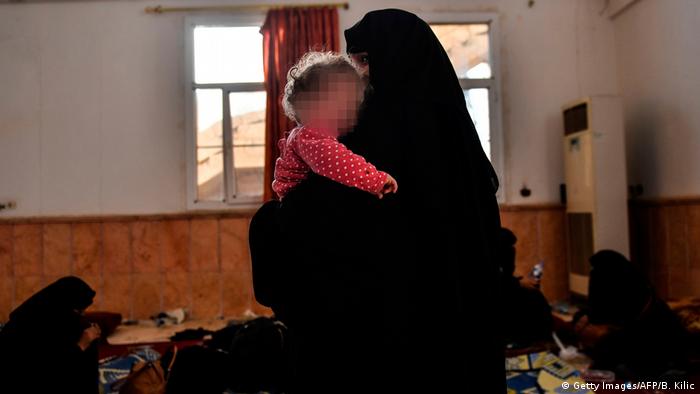 The Red Cross says children languishing in camps and prisons are victims who are vulnerable to abuse and health problems. The humanitarian organization advocates keeping children with their mothers when possible.

Germany, like France, has opted to let countries in which alleged crimes were committed to try and convict foreign IS members so long as the accused don't face the death penalty.

"In this context Iraq, in particular, has asserted a German-recognized criminal prosecution interest against some German IS fighters," the Interior Ministry said.

That policy may work in Iraq, but is more problematic in Syria. Germany has no official relations with the unrecognized Syrian Kurdish administration and any court ruling from the entity would be invalid under international law.

The Assad regime has been accused of torturing and executing thousands of prisoners, a policy it would likely not refrain from were it to reassert some control over northeastern Syria in any deal with the Kurds.

Analysts have also warned that the Assad regime could use the threat of releasing foreign IS captives to unleash terrorist attacks abroad as a possible bargaining chip against the West.

A baby born to German nationals in IS-held territory in Iraq has been taken back to Germany. His parents are under investigation for alleged links to the 'Islamic State' terror group in Erbil. (01.02.2018)

Salafism in Germany: What you need to know

Salafism has a long history, with a path reaching from the Prophet Muhammad and the first three generations of Muslims all the way to present-day Germany. DW breaks down this multifaceted movement of Islam. (22.10.2018)

Female IS members have been notoriously difficult to prosecute for German authorities. But after pledging to crack down, authorities have charged a woman who allegedly worked for the IS morality police. (02.07.2018)