Over 1,000 Islamists have left Germany to aid terror groups in Syria and Iraq, a report cites the government as saying. And it says more than half of them hold German passports. 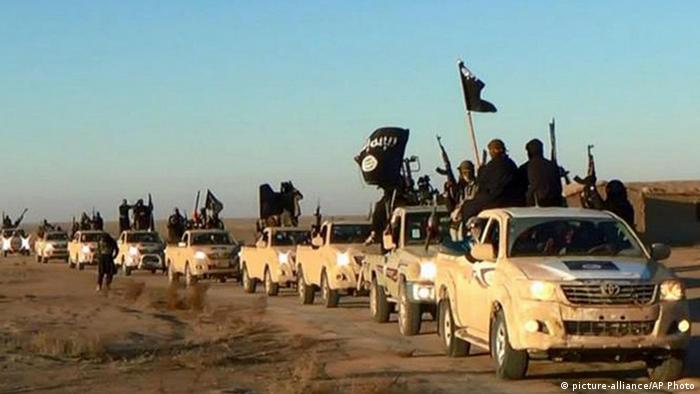 The German government knows of more than 1,000 Islamists who have left Germany for Syria or Iraq to support terrorist organizations there, media reported on Sunday.

The figure comes from an answer given by the government to a question from the parliamentary representatives of the Left Party, according to newspapers of the Funke media group.

The government also cited security authorities as saying that more than half of those who had left Germany for such conflict zones had German passports, the newspapers said in their report.

The figure given by the government shows a further increase in the number of those traveling abroad as jihadis, but indicates that the rate of departures has slowed considerably in comparison with two years ago.

According to the report, 243 supporters of the Kurdistan Workers' Party (PKK) and the Kurdish Democratic Union Party (PYD) have also travelled abroad to support the coalition fighting the extremist group "Islamic State" (IS). Germany classes the PKK as a terrorist organization.

Although dozens of German Islamists are in prison in Syria, Iraq and Turkey, many others, including women and children, have since returned to Germany.

The report said that during coalition negotiations between Chancellor Angela Merkel's conservatives and the Social Democratic Party (SPD), it was agreed that returning fighters with double citizenship should have their German nationality canceled if there is evidence of their having fought for a terrorist militia.

This plan was criticized by the Left Party's expert for domestic affairs, Ulla Jelpke, who called it "unconstitutional." She also told the Funke group newspapers that such a move would punish Germans who had fought alongside the Kurds against IS.

Her counterpart from the SPD, Uli Grötsch, also slammed the proposal, even though his party agreed to it in the coalition deal.

"It is more symbolic than politically useful," he said, saying that prosecution and deradicalization were what was needed instead.

However, the domestic affairs expert of Merkel's Christian Democrats (CDU), Armin Schuster, defended the measure, saying that a jihadi who was no longer German could be sent back at the border.