Should the children of foreign IS fighters in Iraq and Syria be allowed to return home? Security agencies are alarmed, but aid workers say they're no danger if they get proper support. Judit Neurink reports from Irbil. 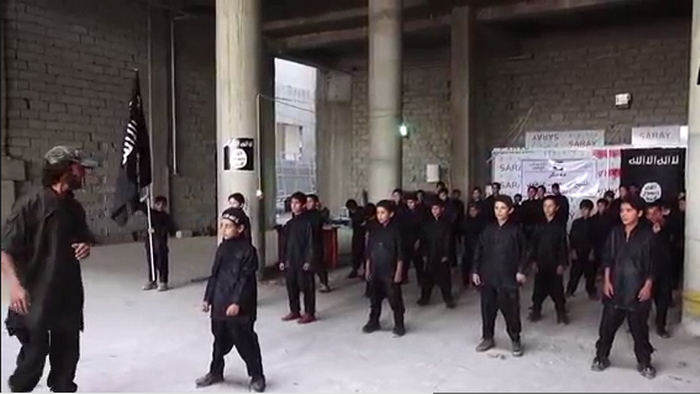 Thousands of children left behind by Western 'Islamic State' (IS) fighters are currently stuck in limbo, locked up with their mothers in Iraqi or Syrian prisons, as politicians in their countries of origin debate whether they have an obligation to bring them home.

While grandparents in the Netherlands and Belgium are demanding the return of the kids as their citizens, governments are dragging their feet. The authorities say they may be dangerous and that allowing the children to reunite with their grandparents might encourage their IS parents to return home.

Both the German and the Dutch security agencies have issued warnings concerning the perceived danger posed by these children. The head of Germany's domestic intelligence agency (BfV), Hans-Georg Maassen, told the German press agency DPA that they have been brainwashed and radicalized in IS "schools," and could be very dangerous. The Dutch security agency AIVD warned that minors have been taught "that anyone who doesn't abide by the correct interpretation of Islam must be killed."

Some 5,000 Europeans are thought to have traveled to Syria and Iraq to join IS. How many children are currently affected is not clear, but it's assumed the largest group was born in the IS's self-described caliphate. Boys over nine, the group who received training, are thought to make up only 10 percent of IS children with western ties.

Grandparents of children born to European IS women point out that they mostly hold their nationality and should be considered citizens of that state, and not be punished for their parents' decisions. But most countries are refusing to play an active role in securing the return of the children.

The fears concerning the IS children are mainly focused on the boys, the so-called lion cubs of the caliphate whom IS forces trained in special camps to become their future generation of fighters. IS propaganda videos showed them training and executing unbelievers and enemies. 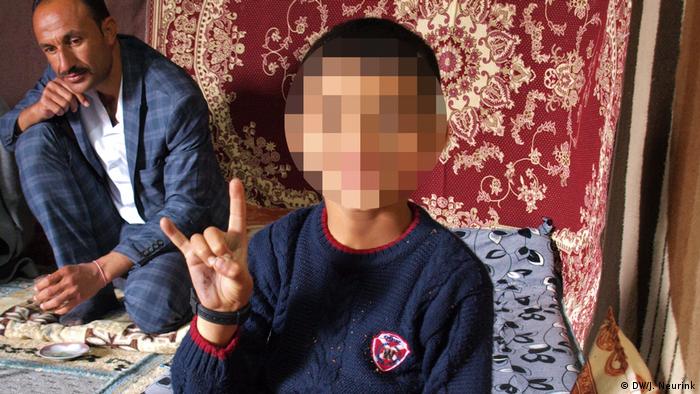 Seven-year-old Ayhem featured in one of those propaganda videos, along with his best friend Yousef. The Yazidi boy was kidnapped by IS in August 2014 and was taken in by Yousef's mother, an American IS woman called Sam, and her Moroccan husband. Oum Yousef, as she was called inside the Caliphate, taught him Arabic and English and he forgot his mother tongue. That's why Ayhem, now liberated and reunited with his uncle Tahsin in Iraqi Kurdistan, refuses to speak anything but English and yearns to go to America.

He obviously misses the American woman who cared from him for three years in Raqqa and made sure he forgot neither his Yazidi mother's names nor his birth place.

When the Syrian Kurds captured Raqqa, Oum Yousef was taken to a prison camp for IS women and children. There, she made sure Ayhem was identified as Yazidi, so he could be reunited with his family.

The experience of being kidnapped and the loss of his American mother have left the boy in a state of confusion. Rather than re-learn Kurdish, he wants to go to a place where he can speak English. He seems lonely as a result and still suffers from the nightmares which began with the coalition strikes near his home in Raqqa.

Like all IS children, he was indoctrinated to believe that Islam is the only faith and that unbelievers — first and foremost his own people, the Yazidis — should be killed. But when asked whether he wants that, he shrugs and says: "No, of course not."

His uncle shows compassion for the boy and does not consider him to be a danger in any way. Other Yazidi boys saved from IS captivity had problems adapting and some continued their daily Muslim prayers for quite some time. When foreign journalists encountered a boy who kept repeating IS propaganda, they informed aid workers that he needed help.

One of the organizations offering support and working on a de-radicalization program for the older boys is the SEED Foundation, which is based in Irbil, the capital of Kurdistan. The children they are helping include boys who were in IS training camps. When asked if they pose a danger to society as Western governments seem to believe, Case Management leader Zaid Abdullah says that's not the case. "The most violent case I have seen so far was a boy who punched through windows with his fist." He does not know of a single case of children attacking others or calling them unbelievers. 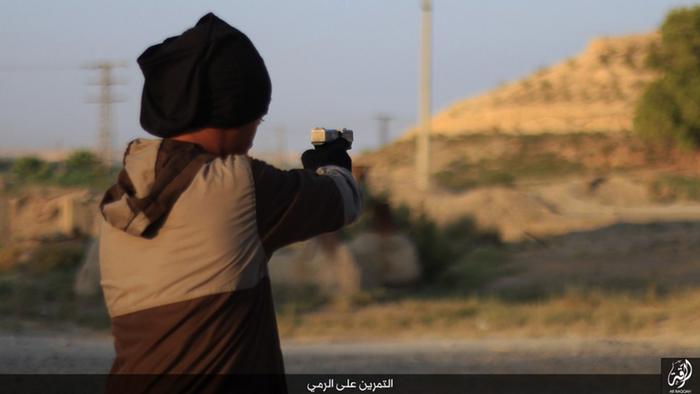 "The kids we see have already cast off the ideas IS forced on them," Abdulla says, adding that children are like sponges. "They can pick up new ideas and adapt to new situations."

Yet the experiences have not left them unscathed. Ayhem's symptoms are familiar to therapists like SEED's clinical psychologist Yusra al-Kailani, who adds flashbacks, anger attacks, bed wetting and challenging behavior to the list. "Every child is different," she stresses.

Therapists say they also need the help of the care-givers — the grandparents, uncles or aunts. "They have to be ready to receive the child and know how to react," says Abdulla. It is important, says al-Kailani, to remove the stigma — the belief that the kids were with IS and are therefore dangerous. Otherwise, they might become isolated and revert to what IS taught them, and that could lead to more extremism and violence in the long term.

In relation to the children of foreign IS fighters, the SEED aid workers back the western grandparents who are calling for the children to be returned and given a chance to reclaim a normal life. "It will give the children a chance to choose their own path," Yusra al-Kailani says. "If they stay with their parents, they will follow their example. In the West, there will be problems and challenges and they will need support, but their perspectives will be far better."